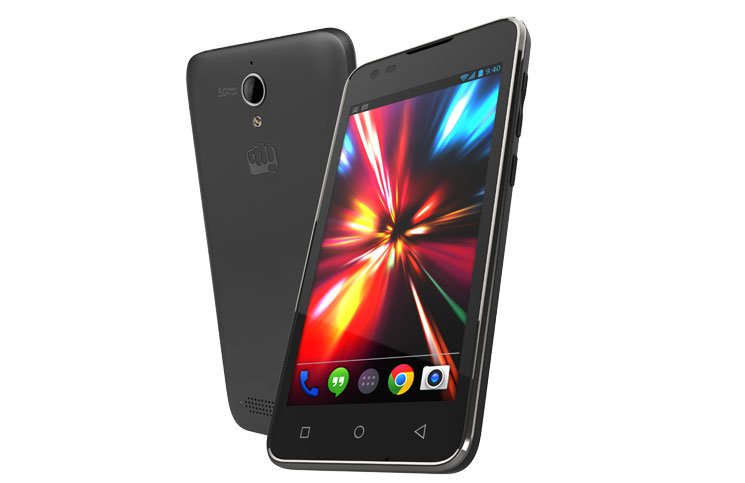 The Indian smartphone manufacturer Micromax has expanded its product portfolio of 4G smartphone with the launch of Canvas Fire 4G. The smartphone is available at a price of Rs 6,999 on Indiatimes Shopping.

Mr. Vineet Taneja, chief executive officer, Micromax Informatics said, “We have always endeavoured to offer products based on certain needs of the consumer. Moving forward, we will lead the 4G adoption in the country by converting all our popular value Canvas series to 4G. Canvas Fire 4G is the first in a series of such launches.”

Talking about the specifications, Micromax Canvas Fire 4G features a 4.5-inch FWVGA display. The device runs on Android 5.1 Lollipop operating system and is powered by a 1GHz Quad-Core MediaTek MTK6735 chipset. The handset offers 1GB of RAM and 8GB of internal storage which can be further expanded up to 32GB via microSD card.

The Mixcomax Canvas Fire 4G sports a 5.0-megapixel rear camera with LED flash and a 2.0-megapixel front facing camera for clicking selfies. The connectivity options of the smartphone include 4G LTE, 3G, Wi-Fi, Bluetooth, GPS and it packs in a 1,850 mAh battery.

Ajay Singhhttp://www.gadgetbridge.com
Ajay Singh might still be studying English (Hons) from DU, but his skills over the language are pretty much top notch. He wants to quickly learn the ropes of journalism. Tech and gadgets fascinate him. His passion for the same drives him to research about new things tech. He tries to stay on top of gadget news. If there is a new tech toy launched, we are most likely to go up to him for its news. He likes to read and is crazy about travelling. He is also a cricketing ace and cannot resist a good Dosa.
Facebook
Twitter
WhatsApp
Linkedin
ReddIt
Email
Previous articleiBall launches Slide 6351-Q400i tablet for Rs 5,499, available for sale at Rs 3,661
Next articleMicromax unveils Canvas Play 4G at Rs 12,499 in India