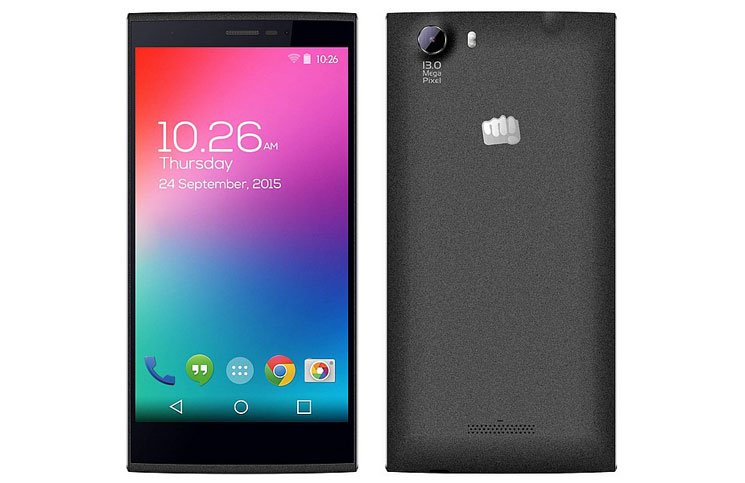 The Indian smartphone manufacturer Micromax has expanded its product portfolio of 4G smartphone with the launch of Canvas Play 4G. The smartphone is available at a price of Rs 12,499.

Shubhajit Sen, CMO, Micromax Informatics, said, “With the roll out of the 4G networks across 296 cities and more cities by December this year, we expect this to surge a shift from 3G to 4G as well 2G to 4G in under-penetrated markets. Our 4G smartphone launches are well timed with the 4G technology evolution and rollout to ensure our consumers use mobile internet for not just entertainment but also for work while at home or on the go. Over the due course of time our entire Canvas range of smartphones will be upgraded to 4G.”

Talking about the specifications, Micromax Canvas Play 4G features a 5.5-inch vivid HD IPS display. The device runs on Android 5.1 Lollipop operating system and is powered by a Qualcomm Snapdragon 1.2GHz Quad-Core processor. The handset offers 2GB of RAM and 16GB of internal storage which can be further expanded via microSD card.

The Mixcomax Canvas Play 4G sports a 13-megapixel rear camera with LED flash and a 5-megapixel front facing camera, which comes with face beauty features promising clearer and sharper images. The connectivity options of the smartphone include 4G LTE, 3G, Wi-Fi, Bluetooth, GPS and it packs in a 2,820 mAh battery.

Sahiba Sethhttp://www.gadgetbridge.com
Sahiba Seth is a student, pursuing English (Hon) from Delhi University. She has been a trainer of HYTSE (Helping Youngsters To Speak English) in her school. She loves to interact with people and she is crazy about gadgets like mobiles and cameras. She likes to read and search about gadgets, and their features. She loves to stay in tune with the happenings of Hollywood and Bollywood. Also, she is passionate about reading novels and creative arts.
Facebook
Twitter
WhatsApp
Linkedin
ReddIt
Email
Previous articleMicromax launches Canvas Fire 4G at Rs 6,999
Next articleTruecaller launches its new Truedialer App