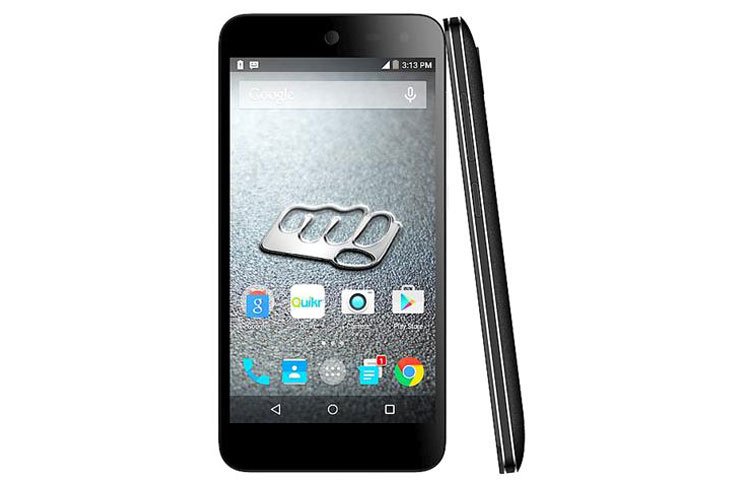 Micromax has just launched yet another 4G smartphone called the Canvas Nitro 4G. This smartphone is available in black colour only. On the specification front, the Micromax Canvas Nitro 4G has a 5-inch HD display. Powering the smartphone is a 1.4GHz Octa-Core Qualcomm Snapdragon 415 processor paired with 2GB of RAM. The on board storage of the mobile phone accounts to 16GB, which can be expanded up to 32GB by using a microSD card. The device comes with dual SIM functionality and runs on Android 5.0.2 Lollipop operating system. For graphics an Adreno 405 is also on board.

Vineet Taneja, CEO of Micromax Informatics said, “With the launch of Canvas Nitro 4G, we aim to bring a perfect combination of technology, rich features and a faster 4G experience at a great value to more and more consumers. The launch is just the starting point and will be followed by a full range of best value 4G devices from Micromax.”

The company has priced the Micromax Canvas Nitro 4G at Rs 10,999 and it is available for both online and offline consumers.

Sahiba Sethhttp://www.gadgetbridge.com
Sahiba Seth is a student, pursuing English (Hon) from Delhi University. She has been a trainer of HYTSE (Helping Youngsters To Speak English) in her school. She loves to interact with people and she is crazy about gadgets like mobiles and cameras. She likes to read and search about gadgets, and their features. She loves to stay in tune with the happenings of Hollywood and Bollywood. Also, she is passionate about reading novels and creative arts.
Facebook
Twitter
WhatsApp
Linkedin
ReddIt
Email
Previous article
Targus brings its 8,400mAh dual USB power bank for Rs 2,699 to India
Next article
Apple to unveil its newest iPhone 6S on 9th September, some specs revealed