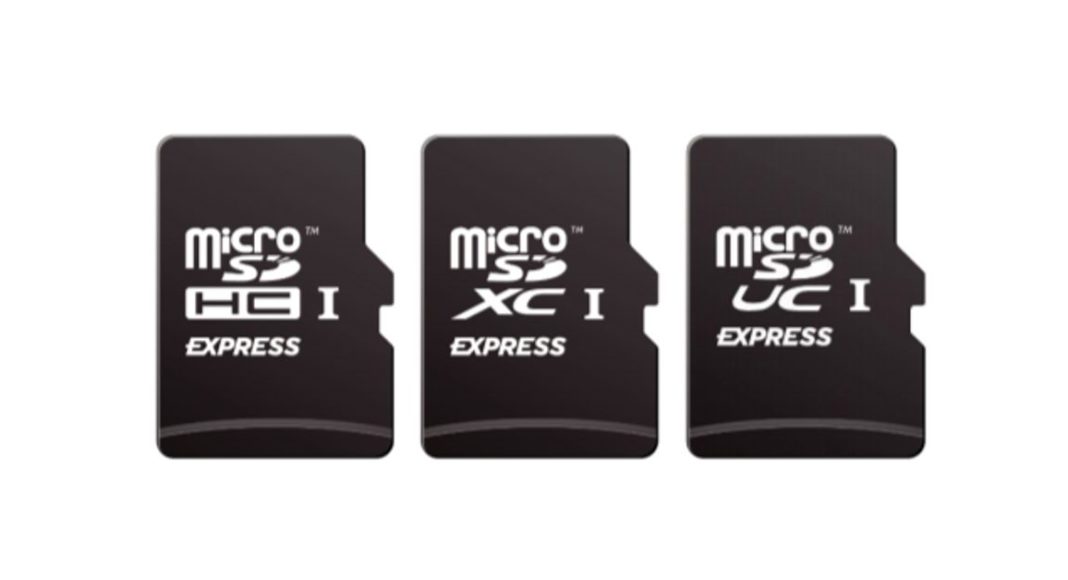 MicroSD cards have been proving how useful they can be since they were launched in 2005. Ever since they have been introduced,  they are being used for storing photos, videos, audio and adding more storage to electronic devices. In general, the microSD card is used to further increase the limit to which the device (smartphones, cameras, recorders) can store data.

And now, microSD cards are about to be upgraded as they will now have a faster speed in data transfer. The SD Association has introduced microSD Express cards, which are the next generation of memory cards. These newly launched cards were unveiled at MWC 2019 and they rely on NVMe and PCIe technologies for SSDs which gives an incredibly fast read and write speed. With these new microSD cards, the Association has promised a data transfer speed of up to 985MBps which gives them more speed than the previous generation cards.

The SD Association first announced the Express standard for SD cards back in 2018. They had also revealed that the new generation of SD Express cards will have up to 128TB in storage. The three new variants of the new microSD cards are named — microSDHC Express, micro SDXC Express and microSDUC Express. These new Express microSD cards will come in varying storage options and they will follow SD 7.1 specifications.

These newly launched microSD Express cards has a second row of pins which are used for the PCIe 3.1 and NVMe 1.3 technology. Earlier there used to be only one row of pins which housed all the data and technology. These SD cards are ideal for high-intensity tasks like recording 4K videos, slow motion video recording, RAW burst mode output, 8K video playback etc. Other than offering huge expansion of storage, these microSD Express cards also consume less energy than their predecessors.

But the consumers won’t be able to use and utilise these cards as there are certain limitations. First, the manufacturers would have to use the standard and manufacture new cards in the Express line-up. Second, as the new cards have a different hardware than their predecessors so the smartphone, laptops and other device manufacturers would also have to come up with upgraded and new technology so that their devices could support these microSD Express cards.

Aman Singhhttps://www.gadgetbridge.com/
Aman Kumar Singh has a Masters in Journalism and Mass Communication. He is a journalist, a photographer, a writer, a gamer, a movie addict and has a love for reading (everything). It’s his love of reading that has brought him knowledge in various fields including technology and gadgets. Talking about which, he loves to tweak and play with gadgets, new and old. And when he finds time, if he finds time, he can be seen playing video games or taking a new gadget for a test run.
Facebook
Twitter
WhatsApp
Linkedin
ReddIt
Email
Previous articleIndian smartphone brand CENTRiC launches S1, L4, A2, G5 and G3 smartphones at the MWC 2019
Next article13 smartphones that are powered by the most powerful processor in the world