The Firefox now sits on the third position with 7.19 percent market share 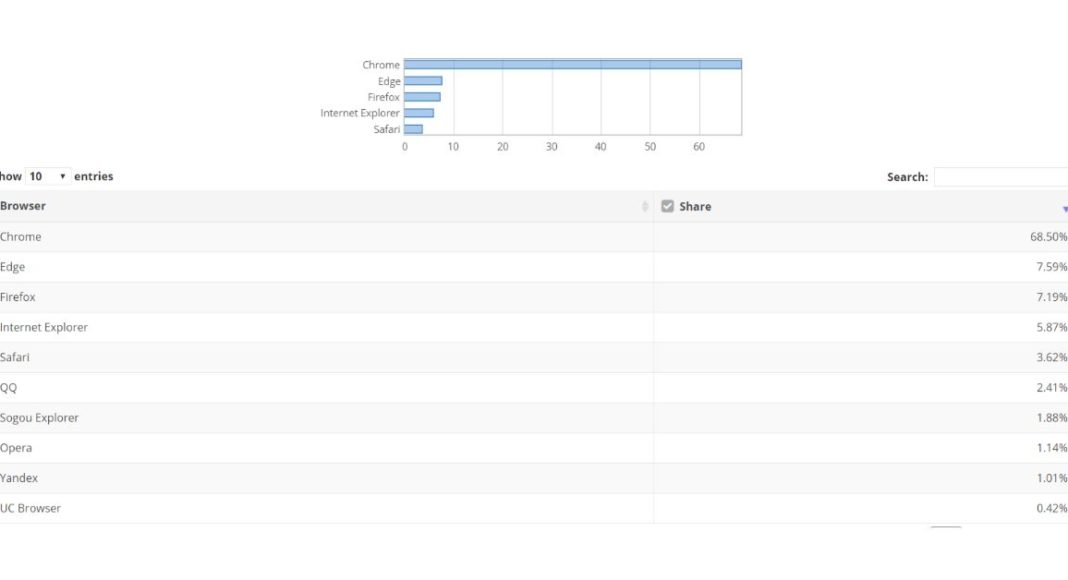 The software giant’s web browser Microsoft Edge racked up Firefox to become the world’s second most popular desktop Web browser. According to a report, Edge defeated Firefox to gain the position. This year in the month of March it has 7.59 percent market share whereas Firefox has 7.19 percent which is slightly lower than Microsoft Edge. Whereas both the web browsers are still behind the search giant Google Chrome which last month had 68.5 percent market share sitting at the number 1 position with a massive margin.

Interestingly according to data shared by NetMarketShare, Internet Explorer 11 holds the fourth position with 5.6 percent of users whereas Apple’s Safari just behind it with 3.62 percent followed by Opera with 1.14 percent of the market share.

With the addition of new features to Microsoft Edge has helped them gain some new users. It offers features such as password monitoring and tracking protection for privacy and security control, deeply engaging reader and vertical tabs have also lured more users. It comes with functionality similar to Internets Explorer’s  Downloads manager and Favorites Center. The browser also features an integrated Adobe Flash Player, a PDF reader and supports asm.js.

Edge comes integrated with the company’s own Cortana and extensions hosted by Microsoft store. Then in 2019, the company rebuilt Edge as a CHromium based browser with the use of Blink and V8 engines. Soon after it was accessible to Windows 7, 8, 8.1 and macOS along with Windows 10. Just a month ago the company announced that it will itself bar the users from downloading adware and cryptominers which serves as a great security benefit guarding against potentially unwanted applications.

Komila Singhhttp://www.gadgetbridge.com
Komila is one of the most spirited tech writers at Gadget Bridge. Always up for a new challenge, she is an expert at dissecting technology and getting to its core. She loves to tinker with new mobile phones, tablets and headphones.
Facebook
Twitter
WhatsApp
Linkedin
ReddIt
Email
Previous articleApple reportedly to strike $100-million deal to acquire NextVR
Next articleApple is likely to lift curtains off a new 14-inch MacBook Pro next Month