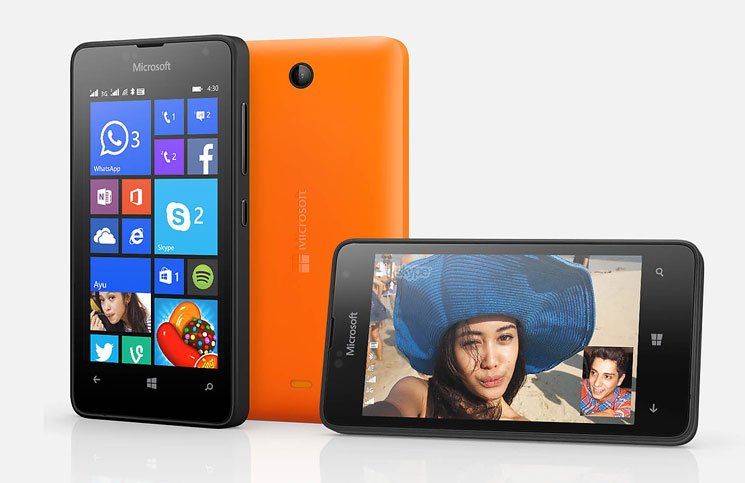 Yesterday we saw an exciting session of Microsoft Build 2015 developers conference and today Microsoft launched a new phone, called Microsoft Lumia 430, in India for the masses. This is their cheapest mobile offering in the country and is available for a price of Rs 5,299.

The Microsoft Lumia 430 has dual SIM slots. These can house two 3G SIM cards. Right next to it users get a MicroSD card slot that can expand the 8GB on board memory by up to 128GB. With a cheap price tag such as this, the general feedback one would get is that this is a very basic phone hence the firepower inside it will be less. But, that is not the case. It has a 1.2 GHz Dual Core Snapdragon CPU and 1 GB RAM.  The only thing that we feel could have been better is the camera. Microsoft Lumia 430 has a low powered 2 MP rear camera for pictures and videos.

This phone has the latest Windows 8.1 operating system with all the stock applications. Over that, popular applications such as Instagram, Whatsapp and Viber are also available. One can download more using the Microsoft app store. Moving on to one of the most important aspects of the phone, Microsoft Lumia 430 has a 4-inch WVGA display that supports 400 x 800 pixels. To stay alive the phone comes with a 1,500 mAh battery.