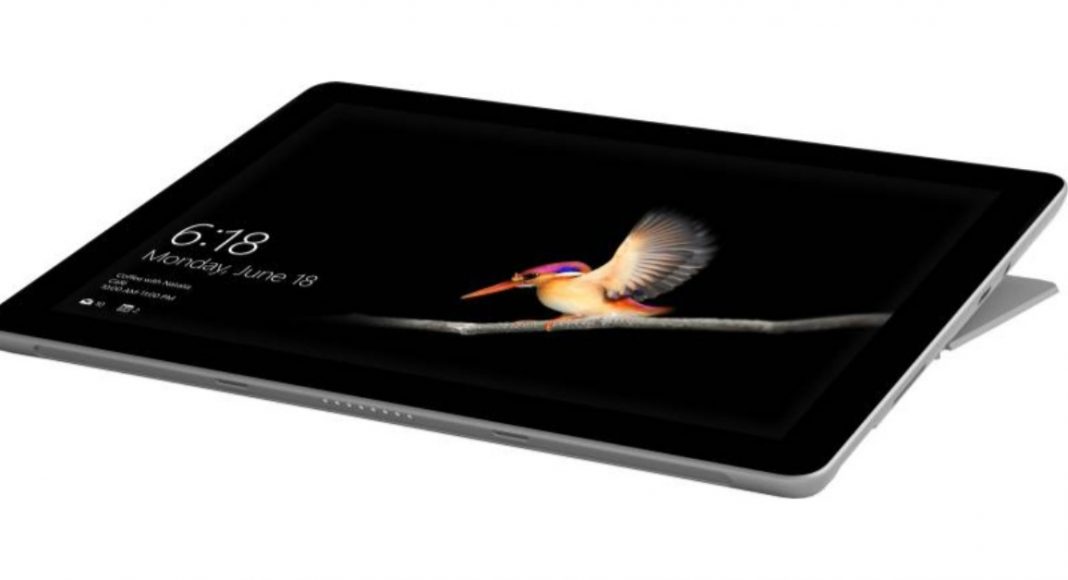 Microsoft Surface Go tablet is available in two variants in India. While the base model of the device has 4GB of RAM and 64GB of eMMC storage, the high-end variant comes with 8GB RAM and 128GB of SSD storage. The former is priced at Rs 38,599 and the latter costs Rs 50,999 in India. Both the variants are available on Flipkart for pre-orders. Both the devices may come with an initial discount, as their listing on Flipkart shows their original prices that we mentioned earlier crossed out with ‘new’ pricing – Rs 37,999 and Rs 49,999 – written instead. It is also worth noticing that Flipkart lists December 27 as the ‘release date of the device, but we can only confirm this once there is an official word from Microsoft. You will have to buy the accessories separately. Since the tablet is a 2-in-1 device, you can attach an optional keyboard. While the price of the Black coloured variant is Rs 8,699, the coloured ones would cost Rs 11,799.

Microsoft Surface Go tablet and 2-in-1 comes with 10-inch 3:2 (1800 x 1200) PixelDensity multi-touch display and is powered by Intel’s 7th generation Pentium Gold 4415Y processor. The tablet comes in two variants – 4GB RAM/64GB eMMC storage and 8GB RAM/128GB SSD storage. It is worth noticing that Microsoft Surface Go will only be available Wi-Fi-only configurations.

It is the smallest and the lightest computer by the company yet and it 1.15 pounds and is as thin as 8.3mm.

The tablet uses USB 3.1 that has earlier been seen on Apple’s MacBook and MacBook Pro and comes with Microsoft’s custom Surface Connector.

The device has support for Windows Hello which enables users to sign in securely using facial recognition. There is a 5MP front camera on the device that can be used to capture 1080p videos. There is also an 8MP rear camera that has support for HD recording.  Microsoft Surface Go tablet and 2-in-1 runs Windows 10 S.

Avani Baggahttp://www.gadgetbridge.com
Avani has an immense love for reading, travelling and food, but not necessarily in the same order. Avani almost started pursuing law, but life had other (better) plans for her and she chose to be a writer instead (luckily!) She previously covered technology at Times Internet and wrote about smartphones, mobile apps and tech startups. When she’s not writing, you’ll be able to find her in book stores or catching up on her social life.
Facebook
Twitter
WhatsApp
Linkedin
ReddIt
Email
Previous article
This contest is offering $1,00,000 or Rs 71 lakh for giving up your smartphone for a year
Next article
Facebook admits to have exposed 6.8 million users’ private photos to developers in data breach