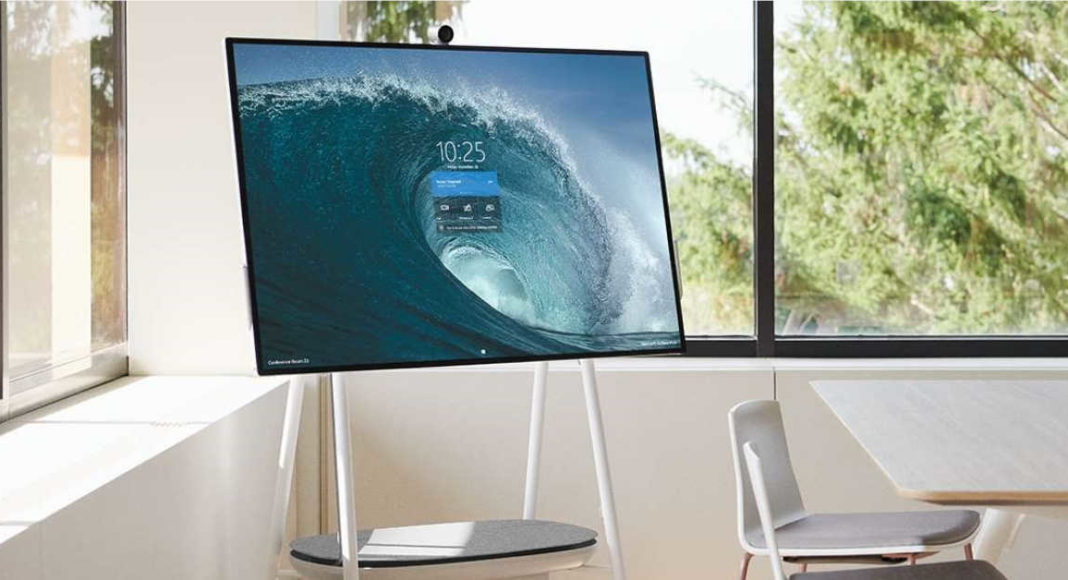 Software giant Microsoft last year announced its Surface Hub 2 collaborative display. And today, we have finally got more details about the range of the company. Microsoft has today said that we will have to wait till next year for the launch of Surface Hub 2X, which is the high-end variant of the fluid rotating display. In addition to this, the company has also launched its 50-inch Microsoft Surface Hub 2S.

The newly launched Microsoft Surface Hub 2S runs the current Surface Hub software and the company has said that it will begin shipping in June. Furthermore, Microsoft will also be launching an 85-inch model soon, just like it did with the last Surface Hub lineup. The software giant has priced the 50-inch Surface Hub 2 at $9,000, while its movable stand will cost $1,499.

Microsoft has said that the screens of its Surface Hub 2 come with “tablet class precision”, and all of them feature a resolution that is more than 4K. The movable stand of the Surface Hub 2 will enable users to move the device between rooms without any problems. It also comes with a 4K camera along with an eight-element microphone which will let users make video calls. In addition to this, you can also buy a battery accessory by Microsoft that will cost you $1,400. With the accessory, you will be able to work with the device unplugged for a few hours.

At its event in New York, Microsoft showed how one can make a video call on the Surface Hub 2S and add up to four people. Besides this, the company also said that the device will be able to collaborate with other Surface laptops nearby with its digital whiteboard. With Surface Hub 2S, we can see that the software giant’s investment in screen technology has paid off since the device’s screen projects sharp images and vibrant colours.

Microsoft has also said that Surface Hub 2S users will be able to upgrade to the 2X in future via a removable processor cartridge. The upgrade will also get the rotation ability to the device that Microsoft spoke about last year. However, there is no word as of now about how much the upgrade cartridge will cost.

The company has also not given any details about what to expect from the hardware of the upcoming Surface Hub 2X. So, we will have to wait until we out more.