Moto E32s With 5,000mAh Battery confirmed to launch in India on June 2

The device will be available for purchase as soon as it is released. 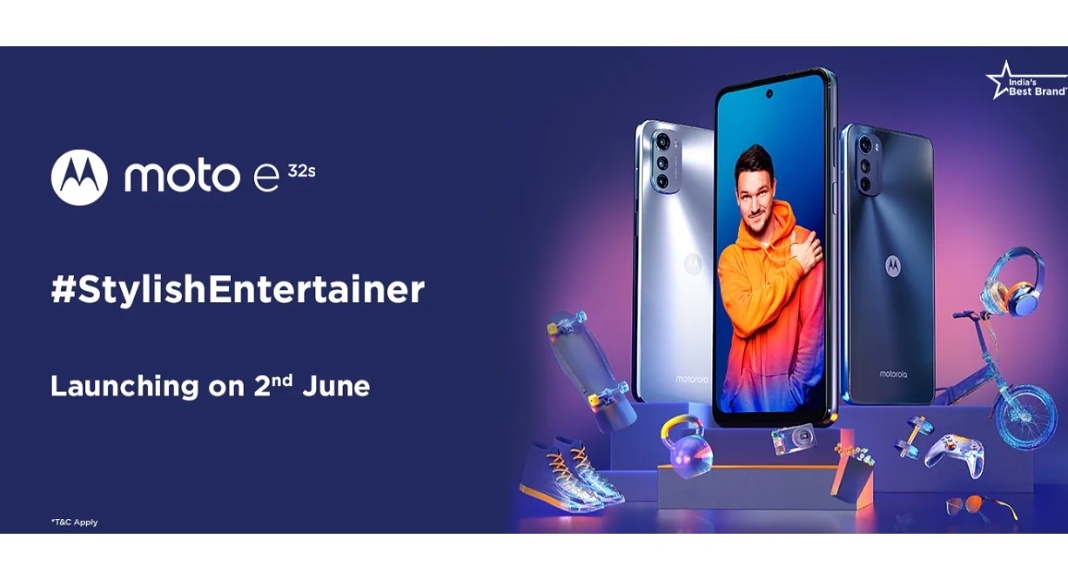 Motorola is planning to expand its E-Series in India. The company has officially confirmed that Moto E32s will be available in India on June 2nd. The smartphone has been listed on Reliance Digital website which highlights the key specs of the upcoming phone. As per the landing page, the phone will feature a 6.5-inch display with a 90Hz refresh rate. The smartphone will be powered by an octa-core processor and a 5,000mAh battery.

Motorola took to Twitter to confirm the arrival of Moto E32s. As per the company, the phone will be released on June 2. According to Motorola, the device will be available on certain online stores at launch. It will be made available through Reliance Digital, Jio Mart, and Flipkart starting June 2. Misty Silver and Slate Grey will be the colour options for this handset.

In case you forgot, the Moto E32s was released in Europe with a price tag of EUR 149.99 which translates to Rs 12,500. However, its cost in India is yet to be determined.

Reliance Digital has launched a microsite for the Moto E32s, which verifies some of the model’s main characteristics ahead of its arrival in India. It is said to have a 6.5-inch display with a refresh rate of 90Hz. An octa-core chipset, the MediaTek Helio G37 SoC, is predicted. If the Moto E32s is the same model that was released in Europe, it will include up to 4GB of RAM and 64GB of inbuilt storage that can be upgraded with a microSD card up to 1TB. It also has a 5,000mAh battery that lasts a long time. With this handset, Motorola guarantees an ad-free Android 12 experience.

The Moto E32s has a 16-megapixel triple camera arrangement on the back. It also has a hole-punch cutout in the centre for the selfie camera. A side-mounted fingerprint sensor and Face Unlock are included for added security. It is supposed to have an ultra-slim design and an IP52 water resistance rating. These details, along with others, indicate that the Moto E32s that will be released in India will be the same model that launched in Europe in May.

Komila Singhhttp://www.gadgetbridge.com
Komila is one of the most spirited tech writers at Gadget Bridge. Always up for a new challenge, she is an expert at dissecting technology and getting to its core. She loves to tinker with new mobile phones, tablets and headphones.
Facebook
Twitter
WhatsApp
Linkedin
ReddIt
Email
Previous article
WhatsApp is planning to add an edit messages function that will allow you to make changes to your messages even after they have been sent
Next article
10 Best New Emojis And Their Meaning For Using In Your Chats And Instagram Posts