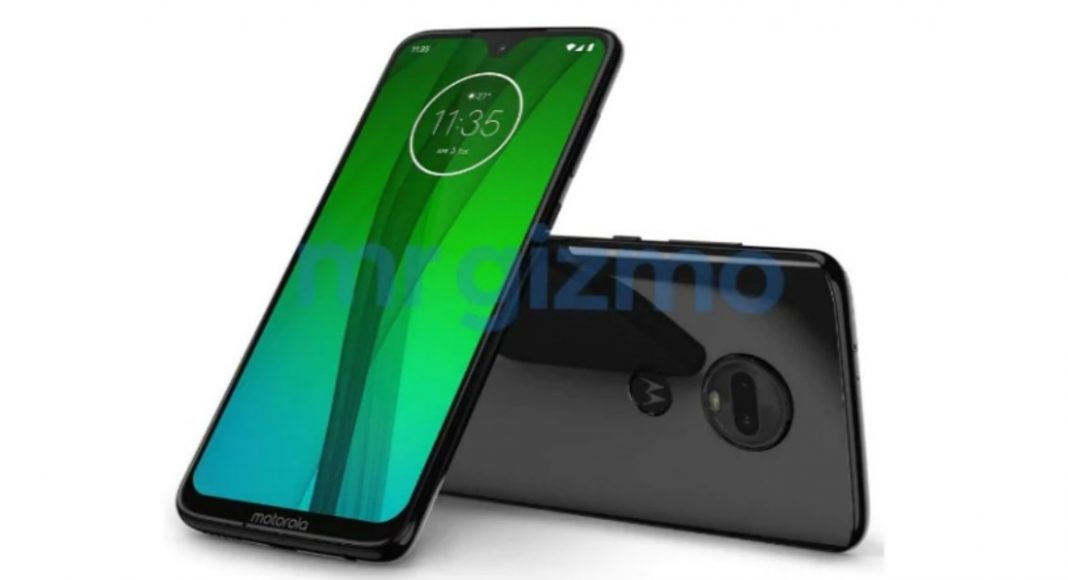 Renders of the upcoming Moto G7 had surfaced online last month, and now, the first press renders of the device have been shared by Mr Gizmo. There is a tiny notch on the top of the device and the display comes with more screen to body ratio. The chin at the bottom has Motorola’s branding on it and at the back, a dual rear camera setup and a fingerprint sensor are placed. The fingerprint sensor is housed inside the Motorola ‘batwing’ logo. In the renders, the smartphone seems to be made up of a glass back.

Moto G7 will be the successor of Moto G6 that was launched this year and the smartphone will reportedly be available in Red, Black, and Silver colour options. It is expected to get official early next year and prior reports have suggested that this time, Motorola’s lineup will have four devices – Moto G7, Moto G7 Plus, Moto G7 Play and Moto G7 Power. The ‘Power’ variant in the Moto G7 lineup is expected to be powered by a big battery. This year, the company launched three devices in its Moto G series namely Moto G6, Moto G6 Play and Moto G6 Plus.

Speaking of the display, reports suggest that Moto G7 mobile will come with a 6.4-inch full-HD+ screen with a waterdrop-shaped notch. The device will support dual SIM functionality and is said to run Android 9.0 Pie operating system out of the box.

As far as the processor goes, the device will be powered by Snapdragon 660 14nm SoC coupled with Adreno 512 GPU and 4GB of RAM. It is said to have 64GB of internal storage. For imaging duties, there will be a 16MP primary camera with a Dual LED flash coupled with a 5MP sensor. On the front panelof the smartphone, there will be a 12MP selfie camera. Moto G7 will house a 3,500mAh battery that will have support for Turbo Charge fast charging and 10W wireless charging.

That’s all that we know about the device so far. There are no speculations about the upcoming Moto G7’s price available, but we will keep you updated as more information about it comes in.

Aadvikahttp://www.gadgetbridge.com
Facebook
Twitter
WhatsApp
Linkedin
ReddIt
Email
Previous articleNokia 9, Nokia 8.1 and Nokia 2.1 Plus are likely to launch on December 5
Next articleGoogle’s new shortcut will change the way you use Google Docs: Here’s how you can use it