The company has released a teaser on Twitter to announce the arrival of the upcoming handset. 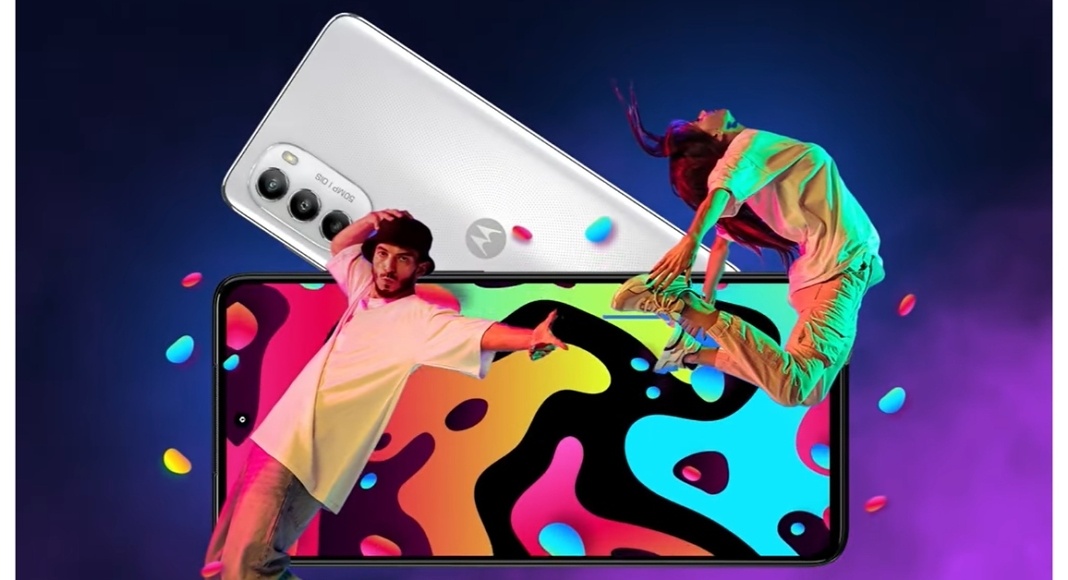 The Moto G82 5G will be released in India on June 7. Motorola has officially confirmed its next smartphone’s launch date through a teaser. Meanwhile, a separate Flipkart microsite has also begun teasing the characteristics of the forthcoming ahead of its introduction in India. The smartphone was first released in Europe. There it comes with a 120Hz refresh rate AMOLED display, 5,000mAh battery and Snapdragon 695 5G SoC powers the Moto G82 5G.

Motorola took to Twitter to announce the launch date of the next Moto G Series smartphone in India. The launch date for the Moto G82s 5G has been set for June 7. The device will be available for purchase on Flipkart, Reliance Digital, and other major retail outlets as soon as the phone goes official in the nation. As we mentioned earlier the 5G smartphone has been listed on Flipkart which highlights the key specs. As per the microsite, the phone will include India’s first 50-megapixel optical image stabilisation (OIS) camera in the class.

It is not yet clear whether the company will be hosting a launch event and the time of the launch is also unknown. The pricing of the handset is going to be revealed at the time of the announcement. Although the product was first launched in Europe last month. There the single 6GB RAM with 128GB storage edition of the Moto G82 5G costs EUR 329.99 which translates to Rs 26,500. The phone comes in two colours: Meteorite Gray and White Lily.

Most of The Moto G82 5G has a 6.6-inch full-HD +AMOLED display with a resolution of 1,0802,400 pixels. The display offers a 120Hz refresh rate and a pixel density of 402ppi. SGS-certified for decreased blue light, the screen also provides 100 percent coverage of the DCI-P3 colour palette. The phone is powered by a Qualcomm Snapdragon 695 5G SoC with 4GB of LPDDR4x RAM and runs Android 12. The Moto G82 5G comes with 128GB of inbuilt storage that can be upgraded up to 1TB with a microSD card.

For photography, Motorola has added a triple rear camera setup with a 50-megapixel primary sensor. There are two cameras included: a 2-megapixel macro camera and an 8-megapixel ultra-wide-angle camera with a 118-degree field-of-view. For selfies and video calls, the phone boasts a 16-megapixel camera.

It sports a 5,000mAh battery and supports 30W TurboPower quick charging. With an IP52 rating, the smartphone is dust and waterproof. It has two microphones and dual stereo speakers, allowing Dolby Atmos to be used. Wi-Fi 802.11 a/b/g/n/ac, Bluetooth v5.1, GPS, A-GPS, LTEPP, SUPL, GLONASS, Galileo, 3.5mm headphone jack, and USB Type-C connector are among the phone’s connectivity choices. An accelerometer, gyroscope, e-compass, ambient light sensor, and proximity sensor are among the other sensors on the board. The phone, which has a fingerprint sensor on the side, can be unlocked using face recognition.

Komila Singhhttp://www.gadgetbridge.com
Komila is one of the most spirited tech writers at Gadget Bridge. Always up for a new challenge, she is an expert at dissecting technology and getting to its core. She loves to tinker with new mobile phones, tablets and headphones.
Facebook
Twitter
WhatsApp
Linkedin
ReddIt
Email
Previous article
Garena Free Fire Redeem Codes Today 4 June 2022: Here is how to claim them
Next article
The Oppo K10 5G is set to launch in India on June 8