Both the phones have been listed on Flipkart 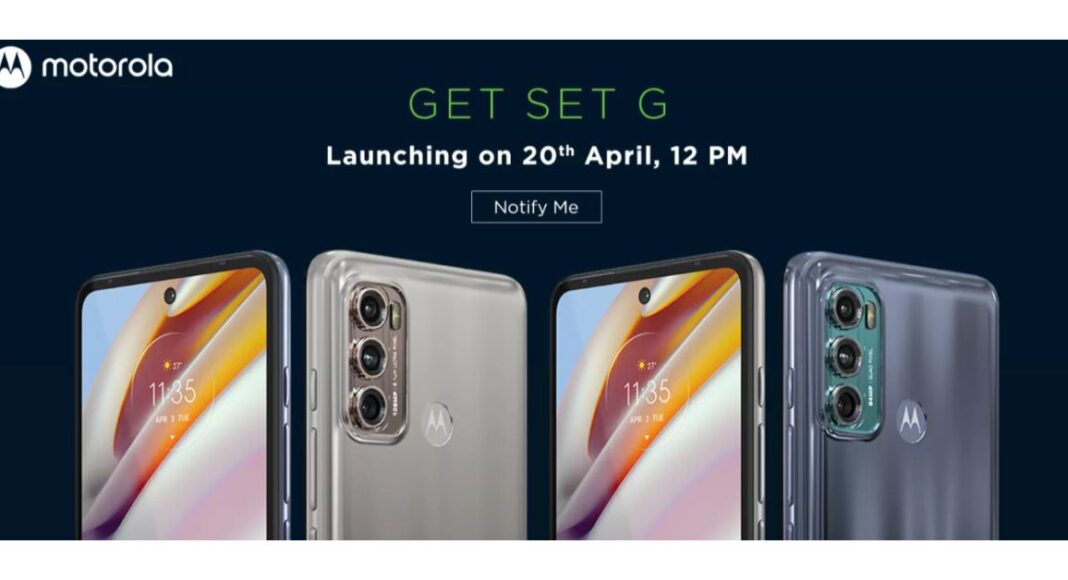 The Chinese smartphone manufacturer, Motorola, is going to launch two G-Series phones in India. The company has been teasing to launch Moto G60 and Moto G40 Fusion very soon. In a new development, the tech firm has now officially confirmed to launch both the devices in the country on April 20. The company will be hosting an online event to introduce both devices to the market. Ahead of the launch, both the Moto G-series phones have been listed on Flipkart to tease their availability including their key details.

According to a fresh announcement made by Motorola on Twitter, it is going to launch Moto G60 and Moto G40 Fusion in India on April 20. The launch is scheduled to take place from 12 noon onwards. Ahead of the official launch both the devices have also been listed on Flipkart. 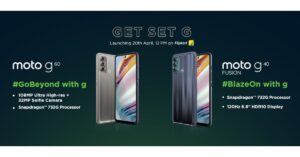 The dedicated microsite reveals the key details and availability of the smartphone. As per the listing, both Moto G60 and Moto G40 Fusion are going to be powered by the Qualcomm Snapdragon 732G chipset and will run Android 11 out of the box. These upcoming mobile phones will be backed by a 6,000mAh battery. In addition to this, there will be a 6.8-inch LCD screen with a punch-hole design. The display will support a 120Hz refresh rate and HDR10.

The dedicated microsite on Flipkart further reveals that Moto G60 and Moto G40 Fusion are confirmed to feature a triple rear camera unit. The only difference here is that only the primary sensor is different. The former will come with a 108 Megapixel primary sensor while the latter one will include a 64-megapixel main sensor. The other two sensors on the G60 include an 8-megapixel ultra-wide lens and an 8-megapixel macro lens. While on the front it will boast a 32-megapixel selfie sensor.

The volume rocker, Google Assistant and the power key is given on the left frame of the smartphones while the sim card tray is positioned on the other side of the frame.

Prior to the announcement, both the phones were spotted on Geekbench. As per the listing both the phones will run Android 11 out of the box. The listing also reveals that the Moto G60 will come with 6GB of RAM while the Moto G40 Fusion indicates 4GB of RAM. While the benchmarking results are: G40 is listed to have achieved a single-core score of 515 and a multi-core score of 1,375. Moto G40 Fusion has received 519 single-core scores and 1,425 multi-core scores.

Komila Singhhttp://www.gadgetbridge.com
Komila is one of the most spirited tech writers at Gadget Bridge. Always up for a new challenge, she is an expert at dissecting technology and getting to its core. She loves to tinker with new mobile phones, tablets and headphones.
Facebook
Twitter
WhatsApp
Linkedin
ReddIt
Email
Previous article
Mi 11, M11 Pro, Mi 11i and Mi 11 Ultra storage variants tipped ahead of the India launch
Next article
Oppo A54 pricing tipped ahead of the launch in India, Flipkart teases availability