The device is likely to be a rebranded variant of Moto Edge X30 powered by Snapdragon 8 Gen 1 SoC. 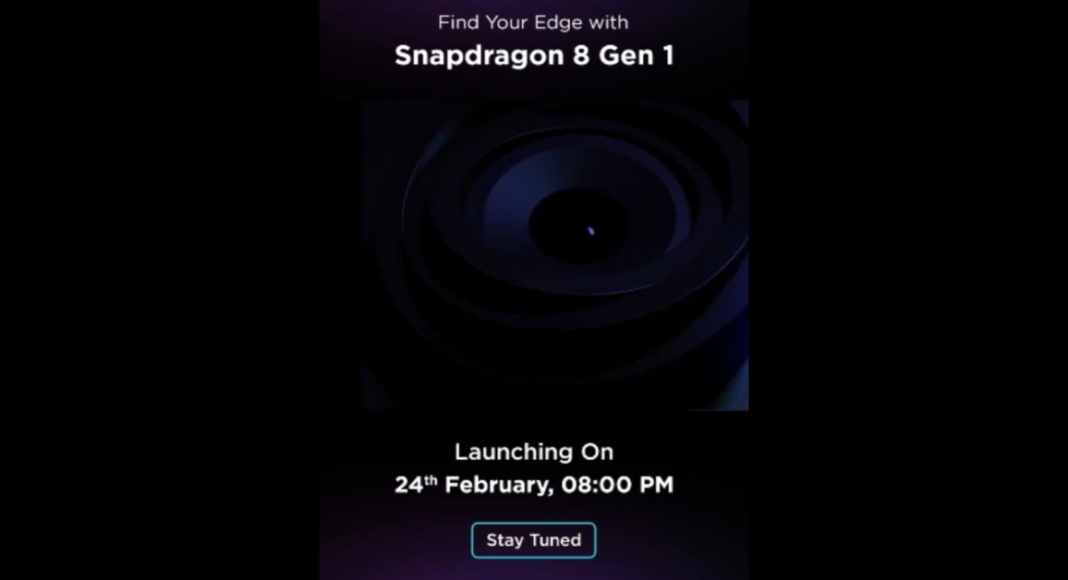 Flipkart has suggested a February 24 launch date for the Motorola Edge 30 Pro in India. The device is also said to be a renamed edition of the Moto Edge X30, which was released in China last year.

Motorola has so far kept the Motorola Edge 30 Pro debut under wraps. Flipkart has set up a separate homepage to tease the Motorola Edge 30 Pro’s India launch date. The phone’s name isn’t mentioned on the website, but it does include a slogan that says, “Find Your Edge with Snapdragon 8 Gen 1.” However, it has yet to clearly hint at the actual product name and specifics of the phone. But the slogan certainly leads to the Motorola Edge 30 Pro, which is said to be a rebranded Moto Edge X30. The Flipkart listing also indicates that the launch will take place on February 24 at 8 p.m.

According to a tip, the alleged future flagship smartphone is expected to be the cheapest phone to equip the Snapdragon 8 Gen 1 SoC in the country. Note that the recently launched Samsung Galaxy S22 series which includes the same flagship processor starts at Rs 72,999 in India.

Reportedly the Motorola Edge 30 Pro will debut with a retail box of Rs 55,999 and a price of Rs 49,999 on Flipkart. In addition to this, the upcoming phone is expected to come with discounts on several bank cards, perhaps lowering the price to Rs 44,999.

If rumours are true, the Motorola Edge 30 Pro specifications will be similar to the Moto Edge X30, with the exception of the look. It will most likely have a 6.8-inch full-HD+ POLED display with a 1,0802,400-pixel resolution. The screen might have a refresh rate of 144Hz, a 20:9 aspect ratio, and HDR10+ support.

The smartphone might be powered by a Qualcomm Snapdragon 8 Gen 1 SoC, as well as up to 12GB of LPDDR5 RAM and 256GB of internal UFS 3.1 storage. In addition, the smartphone may come preloaded with MYUI 3.0, which is based on Android 12.

The Motorola Edge 30 Pro is believed to contain a triple back camera arrangement for images and movies, with the primary sensor being a 50-megapixel OmniVision’s OV50A40. There’s also a 50-megapixel wide-angle camera and a 2-megapixel depth sensor. In addition, the phone might have a front-facing 60-megapixel camera for selfies and video chats.

It will most likely have 5G, 4G LTE, Wi-Fi 6, Bluetooth v5.2, and a USB Type-C connector for connection. A fingerprint sensor on the phone’s side is also an option. There will also be a 5,000mAh battery with a 68W TurboPower rapid charging capability.

Komila Singhhttp://www.gadgetbridge.com
Komila is one of the most spirited tech writers at Gadget Bridge. Always up for a new challenge, she is an expert at dissecting technology and getting to its core. She loves to tinker with new mobile phones, tablets and headphones.
Facebook
Twitter
WhatsApp
Linkedin
ReddIt
Email
Previous articleFacebook Reels for iOS and Android expanded to over 150 countries across the globe
Next articleiQoo 9, iQoo 9 Pro, and iQoo 9 SE officially launched in India