The smartphone is going to be a rebranded variant of Moto Edge X30. 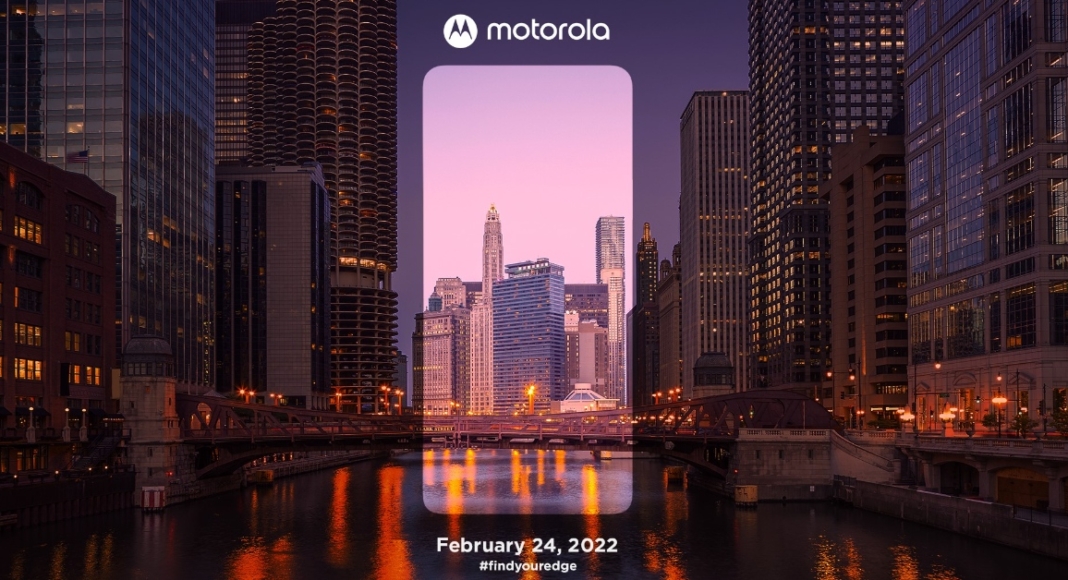 The Motorola Edge series has been teased to release in India. According to a teaser posted on Twitter by Motorola, a new Motorola Edge-series smartphone will be released in India on February 24. The smartphone that will be presented is expected to be the Motorola Edge 30 Pro, which is believed to be a rebranded model of Moto Edge X30, which was released in China last year.

Rumours and reports suggest that the device to be launched is likely to be the Motorola Edge 30 Pro. The smartphone is thought to be a rebranded version of the MotoEdge X30, which was released in China last year. The Motorola Edge 30 Pro’s appearance is likely to change from the X30, but the CPU will stay the same. and will most likely be powered by a Snapdragon 8 Gen 1 SoC.

Previously a report surfaced that suggested that Motorola Edge 30 Pro would be released in the United States and India in February. The new smartphone is expected to be known differently in India than it was in China, where it launched as the Moto Edge X30. They might be renamed for the country and bear a new look.

If rumours are to be accepted, Motorola Edge 30 Pro specs will be comparable to Moto Edge X30 except for the design. It will most likely sport a 6.8-inch full-HD+ POLED display with a resolution of 1,0802,400 pixels. The panel might have a 144Hz refresh rate, a 20:9 aspect ratio, and HDR10+ capability.

The smartphone might be powered by a Qualcomm Snapdragon 8 Gen 1 SoC with up to 12GB of LPDDR5 RAM and 256GB of internal UFS 3.1 storage. Furthermore, the smartphone may come preinstalled with MYUI 3.0, which is based on Android 12.

The Motorola Edge 30 Pro is said to have a triple rear camera setup for photos and videos, including a 50-megapixel OmniVision’s OV50A40 primary sensor. A 50-megapixel wide-angle camera and a 2-megapixel depth sensor are also included. Furthermore, the phone may include a front-facing 60-megapixel camera for selfies and video calls.

For connectivity, it is likely to incorporate 5G, 4G LTE, Wi-Fi 6, Bluetooth v5.2, and a USB Type-C port. A fingerprint sensor on the side of the phone is also possible. A 5,000mAh battery with 68W TurboPower quick charging capabilities is also planned.

Komila Singhhttp://www.gadgetbridge.com
Komila is one of the most spirited tech writers at Gadget Bridge. Always up for a new challenge, she is an expert at dissecting technology and getting to its core. She loves to tinker with new mobile phones, tablets and headphones.
Facebook
Twitter
WhatsApp
Linkedin
ReddIt
Email
Previous articleViewSonic Elite XG270Q review: For the “Elite” gaming experience
Next articleBest Real Money Gaming Apps to Use in 2022!