In the last few weeks, we have seen a number of renders and leaks of the upcoming Moto G7 series. The smartphone maker is back in news again, but this time it’s because of a different device. Motorola is also working on ‘P’ series smartphone that it will be launching in 2019. The upcoming device is the successor of Motorola P30 smartphone and will reportedly be called Motorola P40. 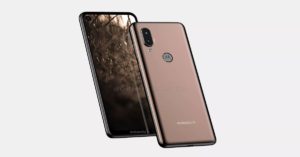 Technology website 91mobiles collaborated with @Onleaks has published some render images and a 360-degree video of the Motorola P40 smartphones. Although Motorola P30 never hit the international markets, it has been reported that the company will launch its P40 smartphone with Motorola One branding. 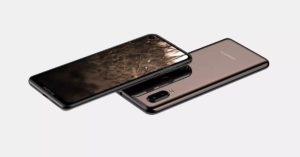 The renders show Motorola P40 with a hole in the display for the selfie camera. It is worth noticing that this will be the first smartphone from Motorola to do so. Much like Samsung Galaxy A8s, Huawei Nova 4 and Honor V20 smartphones, Motorola P40’s display cut-out will be placed on the top left of the device. The smartphone will sport a 6.2-inch display, and since there is a display hole present onboard, the device has ditched the notch to give users a full-screen experience. The renders show the bezels on the sides of the display to be thin, however, the chin at the bottom is slightly thick as it comes with Motorola branding. 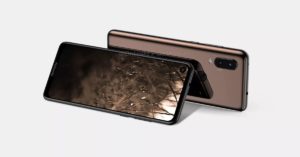 According to the renders, the left edge houses the SIM tray, while the right edge has the power and volume rocker buttons sandwiched on it. The bottom edge of the device is shown to have a USB Type-C port, a speaker grille and the mic. The report by 91mobile confirms that Motorola P40 will come with a 3.5mm headphone jack and that it will be placed on the top edge of the smartphone.

The back panel of the upcoming smartphone appears to have 3D curved edges and is shown to be made of glass, as it looks highly reflective. The rear panel houses the vertically stacked dual rear cameras along with two LED flash units. One among the dual rear cameras of the smartphone is reported to be a 48MP primary sensor. The fingerprint scanner of the smartphone is embedded in the Moto dimple at the back and the Android One logo lies beneath it.  The report also points out that Motorola P40 will measure 160.1×71.2×8.7mm and will be around 10mm thick.