Motorola Razr with the foldable screen coming to India on March 16: Expected pricing and Specifications

The device comes with a clamshell design 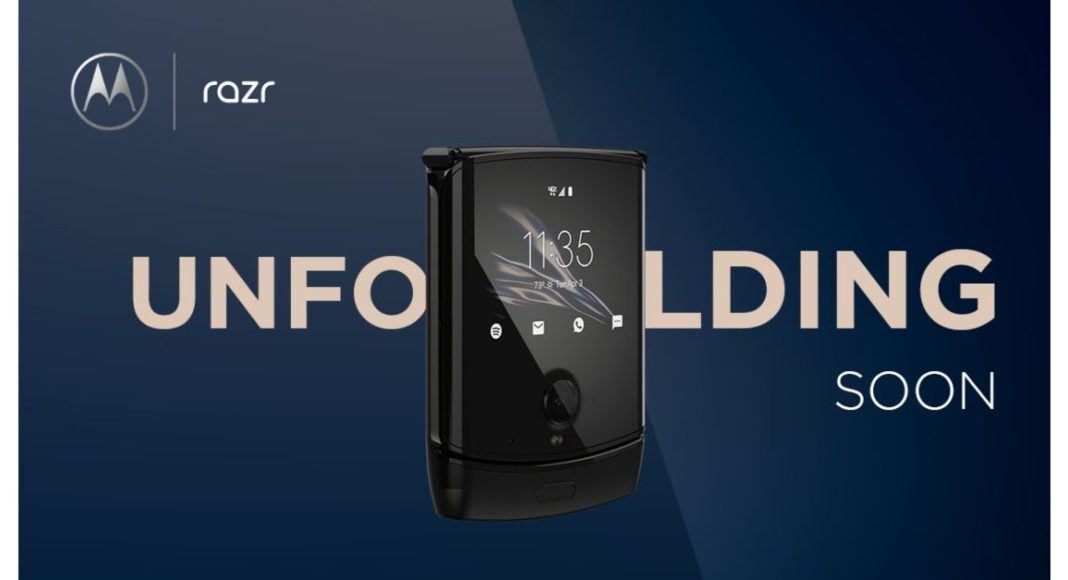 Motorola has already introduced its foldable smartphone in the market last year. In the month of November last year, the Lenovo owned company popularised its clamshell design smartphone in the smartphone market that is Motorola Razr. But before it could make its way to the Indian market its rival counterpart Samsung last month launched as well opened the booking for its new Foldable phone that is Samsung Galaxy Z Flip in India. So without any further delay, Motorola has decided to launch the Razr in India this month only.

So the Motorola Razr 2019 now finally has a launch date and that is March 16. Yes, the company has announced its final date to launch the much-awaited smartphone in the Indian market. However, not many details about the upcoming smartphone have not been revealed by the company. But the pricing and availability details to be revealed on the launch day only.

To strike a note Motorola first introduced its foldable phone in the year 2004. The first time when the company introduced the phone to the market it summoned all the old memories associated with the phone. But this time the phone is all new and offers us dual-screen display, cameras and much more.

The company has already introduced the flexible phone globally and is now available in many regions especially the US and Canada. The company launched the device with a price tag of $1,499.99 that translates to Rs 1,08,801 as per Indian currency. Until now the pricing and Availability for India are still unknown but as the launch date approaches the company might reveal more details about the Motorola Razr.

The Motorola Razr comes with a clamshell design which is similar to the 2004 variant but the new version is much more stylish, which comes with a full touch screen display and has a  water-repellent body. The device has a 2.7-inch Quick View display that offers 600×800 pixels of resolution when in a folded state. It allows you to check notifications, enable Google Assistant, control music and lets you take selfies. When unfolded you will get a 6.2-inch flexible OLED HD+ screen with a 21:9 aspect ratio and 876×2,142 pixels of resolution inside. This time the device has no gap between the two halves of the screen, unlike the older version.

The new Moto Razr draws its power from an octa-core Qualcomm Snapdragon 710 SoC processor with Adreno 616 GPU and clubbed with 6GB of RAM and 128GB of internal storage. It runs on Android 9 Pie and packs a 2,510mAh battery supported by a 15W TurboPower fast charger. The bottom chin features a fingerprint sensor.

For photos and videos Motorola Razr features a 16-megapixel f/1.7 primary camera on the outside that can also be used to take selfies even when it is folded. The camera supports the Night Vision mode that allows it to capture low light images. On the inside, you get access to a 5-megapixel camera that too lets you take selfies.

Komila Singhhttp://www.gadgetbridge.com
Komila is one of the most spirited tech writers at Gadget Bridge. Always up for a new challenge, she is an expert at dissecting technology and getting to its core. She loves to tinker with new mobile phones, tablets and headphones.
Facebook
Twitter
WhatsApp
Linkedin
ReddIt
Email
Previous article
Due to the Coronavirus outbreak the supply of smartphones affected in India
Next article
OnePlus will be unveiling a concept device in India today but not a phone or a commercial product this time