The foldable phone was put on pre-order today at 11 AM. 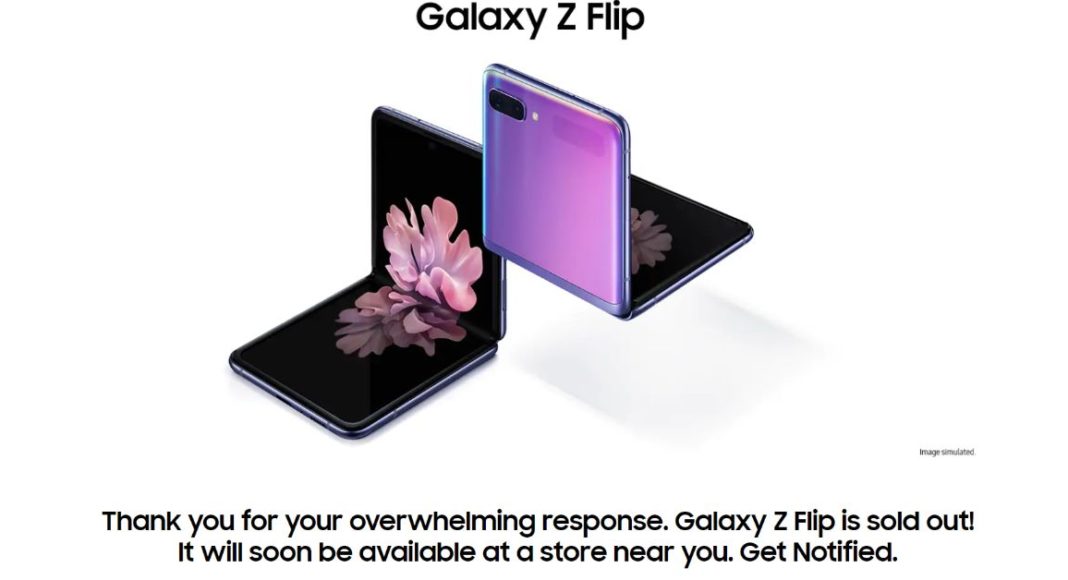 The South Korean smartphone company launched its second generation of foldable smartphone Samsung Galaxy Z Flip globally earlier this month. After a few days, the smartphone made its way to the Indian market. The device was put on its first pre-bookings from February 20 but within minutes the smartphone went out of stock. The company then promised to open the pre-booking soon.

Now again when the device went for the pre-bookings the phones were stocked out and the company had to put a sold out message on its online store in less than an hour. Also, the leading retail outlets, who were accepting the pre-bookings for Galaxy Z Flip, have also run out of stock. The foldable phone was put on pre-order today at 11 AM.

The Samsung Galaxy Z Flip has earlier announced that the pre-booking will open today at 11 AM which can be done via Samsung online store and leading retail outlets against full payment for Galaxy Z Flip. In India, the company has priced the smartphone at Rs 1,09,999 for the single RAM and storage option of 8GB RAM with 256GB storage.

Those who have pre-booked the handset can avail 1-year Samsung Care+ Protection that covers 1-time screen damage protection service for inner screen and external screen at a discounted fee. The buyers also get 4 Month free YouTube premium Subscription. In addition to this, the company will also be offering free cover along with AKG headphones inside the retail box.

In India Samsung, Galaxy Z Flip comes with a Qualcomm Snapdragon 855+ chipset combined with 8GB of RAM and 256GB of storage. It features a 6.7-inch full-HD Dynamic AMOLED (Infinity Flex) display that opens and shuts horizontally. The second display comes with a 1.1-inch Super AMOLED display with 303ppi pixel density and 300×112 pixels of resolution that is on the other panel. The fingerprint sensor is provided on the side of the foldable phone. The smartphone houses a 3,300mAh battery with fast charging support and wireless PowerShare.

In terms of camera capabilities, the handset sports a dual rear camera set up that includes a 2-megapixel wide-angle camera and a 12-megapixel ultra-wide-angle. On the front, the Z Flip features a 10-megapixel selfie camera.

Komila Singhhttp://www.gadgetbridge.com
Komila is one of the most spirited tech writers at Gadget Bridge. Always up for a new challenge, she is an expert at dissecting technology and getting to its core. She loves to tinker with new mobile phones, tablets and headphones.
Facebook
Twitter
WhatsApp
Linkedin
ReddIt
Email
Previous article
Vivo Z6 5G with 5,000mAh battery launched in India
Next article
Realme 6 Pro spotted on Geekbench listing, Pricing of Realme 6 series revealed ahead of the official launch