HomeOther TechAppsNetflix users can now remove series or movies from the "Continue Watching"...

A feature is being rolled out to remove pending titles from the "Continue Watching" row. 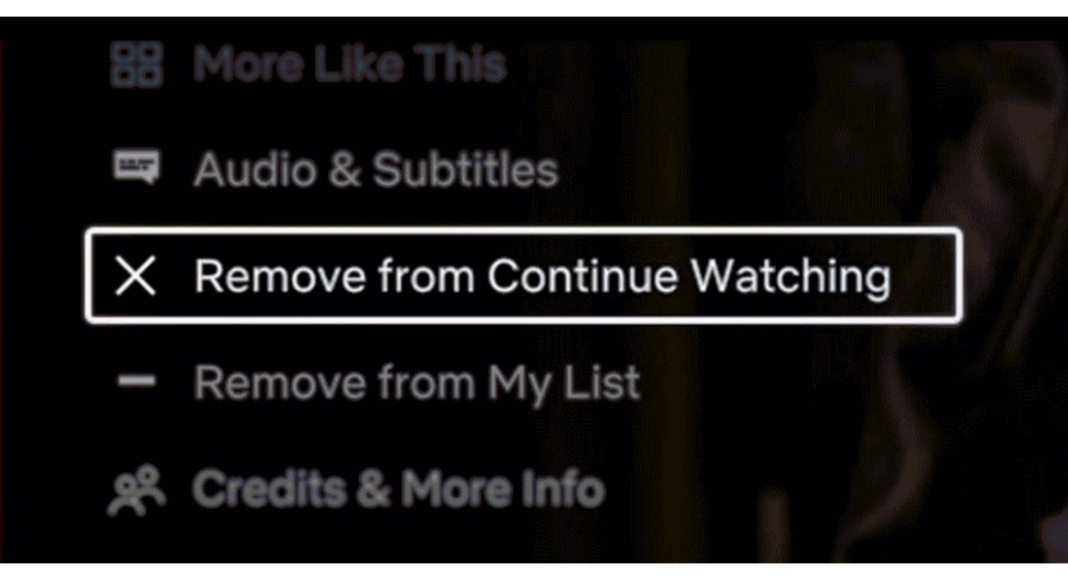 Netflix offers a vast variety of content on its platform and we often fail to complete watching stuff that we watch. Whenever a series or a movie on Netflix is incomplete the video streaming app always wants to make sure that you don’t forget about the episodes you’ve begun with their “Continue Watching” option. But now users will be able to remove them from the ‘Continue viewing’ row as Netflix is rolling out this feature.

The feature to remove series and movies from the ‘Continue Watching’ row on Netflix is now available in India, and users may access it via Netflix for Android, iOS, and the website. But as of now, this feature is not accessible if you are using an Amazon Fire TV. Also, Users must make sure that they are using the most recent version of the app.

Members all around the globe may now remove a TV show or movie from their ‘Continue Watching’ row on all platforms, including TV, with the press of a button. Simply select “Remove from Continue Watching” from the page settings after clicking on a show or film. If you change your mind, simply click the back arrow button to undo the removal.

This new button allows you to continuously keep your ‘Continue Watching’ row fresh and filled with the series and movies you can’t wait to watch. This functionality is already accessible on the web and mobile devices and is now being extended to TV as well.

Take Ten, a short film workshop and competition was launched by Netflix India. This initiative aims to identify and encourage next-generation filmmakers from diverse backgrounds in India. According to the corporation, a total of 10 filmmakers will be given the opportunity to participate in seminars guided by the best in the creative industry. They will also get the option to further produce a short film that will be shown on Netflix’s India YouTube channel.

Komila Singhhttp://www.gadgetbridge.com
Komila is one of the most spirited tech writers at Gadget Bridge. Always up for a new challenge, she is an expert at dissecting technology and getting to its core. She loves to tinker with new mobile phones, tablets and headphones.
Facebook
Twitter
WhatsApp
Linkedin
ReddIt
Email
Previous articleXiaomi India announced the availability of the MIUI 13 update
Next articleSamsung Galaxy Tab S8 official renders leaked ahead of the February 9 launch