The purchase window is opening on March 17th. 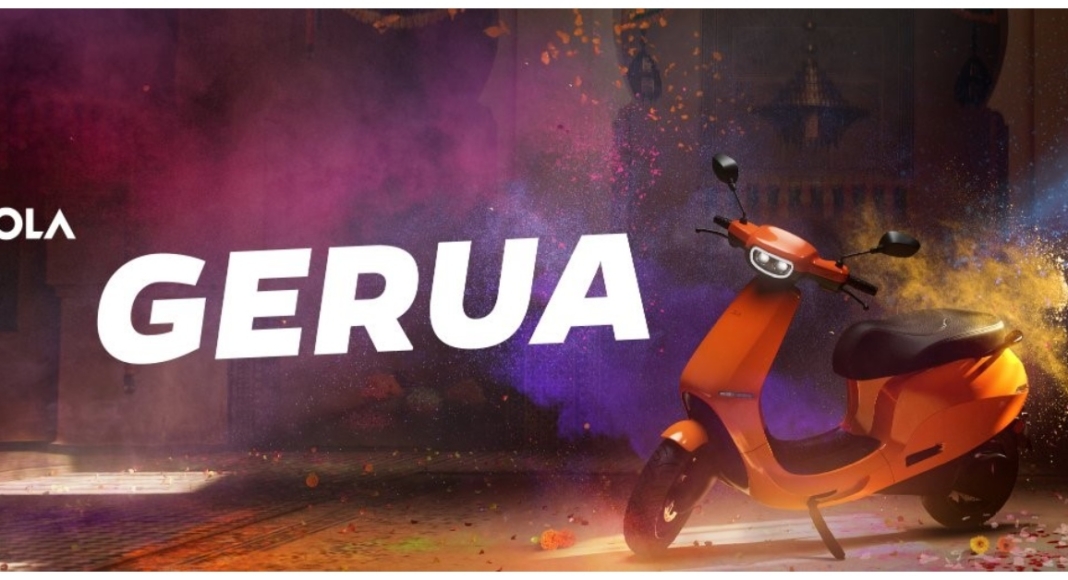 The business will open the next purchasing window for the S1 Pro in the special edition colour on March 17 and 18. Those who have already reserved Ola electric scooters will have access to the purchasing window on the first day that is March 17, although if you have not pre-reserved the e-scooter then you have to wait until March 18. The news regarding the launch of the Ola S1 Pro electric scooter Gerua edition comes by way of Ola CEO Bhavish Aggarwal’s tweet.

As per the tweet only on these days (on March 17 and 18) will the new coloured S1 Pro be available. Customers may only make payments using the Ola app. 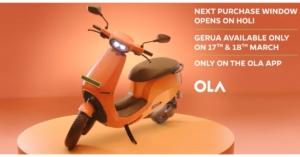 The price of the Pro version begins at Rs 1,29,999 and is believed to vary by area. The EV, like in Gujarat, is priced as low as Rs 79,999 and Rs 109,999. This is the ex-showroom pricing, which includes the FAME II subsidy but excludes state subsidies.

The Ola S1 Pro has a 3.97kWh battery with a range of 181km. The Ola electric scooter has a Battery Management System (BMS) that monitors its longevity, performance, range, and safety. The scooter can also accelerate from 0 to 40Kmph in less than 3.6 seconds and has a max power of 8.5kW.

The Ola S1 Pro has a stated range of 181 kilometres and a peak speed of 115 kilometres per hour. It has three riding modes: normal, sports, and hyper. The Ola Electric Scooters include 4G, Wi-Fi, and Bluetooth connections. The car is also speech-enabled, allowing you to manage chores on the screen with your voice.

On the e-scooter, there is an alarm system, geo-fencing, and a flame retardant, dust and water-resistant battery. They are also outfitted with 110/70 R12 tyres, a rear mono-shock suspension, and a front single fork suspension. Furthermore, the S1 Pro includes a Hill-Hold feature that makes riding in traffic and managing inclines easier, as well as Reverse mode, which makes it simple to park and leave tight areas.

The scooter also includes a 7.0-inch TFT display, as well as several microphones and AI voice recognition algorithms. It runs MoveOS, which was developed by Ola Electric, and is powered by an octa-core CPU with 3GB of RAM.

Komila Singhhttp://www.gadgetbridge.com
Komila is one of the most spirited tech writers at Gadget Bridge. Always up for a new challenge, she is an expert at dissecting technology and getting to its core. She loves to tinker with new mobile phones, tablets and headphones.
Facebook
Twitter
WhatsApp
Linkedin
ReddIt
Email
Previous article
iQoo Z6 5G with triple rear cameras launching in India today: What to expect
Next article
iQoo Z6 5G with 120Hz display and Snapdragon 695 SoC launched in India