The new plans will be made available to all users from April 22 in the country. 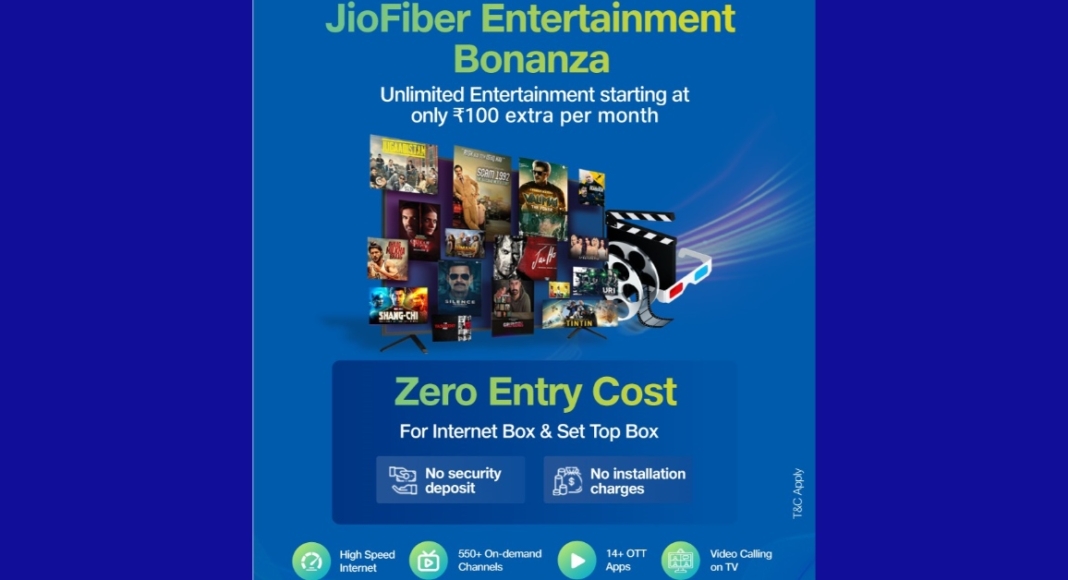 Indian Telecom company Reliance Jio has announced that starting April 22, it would offer a slew of new postpaid JioFiber broadband internet plans. Interestingly the new Jio broadband plans namely entertainment bonanza will be offered with no setup fees and up to fourteen OTT apps while Disney+ Hotstar, Zee5, Sonyliv, and Voot, for an additional Rs 100-Rs 200 per month. According to the company, the plan starts at Rs 399 per month and includes unlimited high-speed internet.

In addition to this Reliance, Jio will not charge you for installation or hardware. This means when users sign up for a JioFiber Postpaid connection, they will receive a free Internet Box (Gateway Router), Set-Top Box, and Installation worth Rs 10,000.

Furthermore, users will continue to have access to unlimited high-speed internet as part of the new JioFiber plans, which start at Rs 399 per month. They can also access the content of their choice through a collection of up to 14 OTT apps for an additional Rs 100 or 200 per month.

How do I sign up for new JioFiber Entertainment Bonanza plans?

If you don’t have a JioFiber Set Top Box, simply schedule an appointment for a free Jio Set Top Box delivery after you’ve chosen and paid for your Entertainment Bonanza Plan. 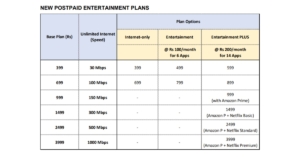 Komila Singhhttp://www.gadgetbridge.com
Komila is one of the most spirited tech writers at Gadget Bridge. Always up for a new challenge, she is an expert at dissecting technology and getting to its core. She loves to tinker with new mobile phones, tablets and headphones.
Facebook
Twitter
WhatsApp
Linkedin
ReddIt
Email
Previous articleGarena Free Fire Redeem Codes for 20 April: Here is how to claim them
Next articleInstagram expands the ability to tag products in the feed to everyone