Only Indian Variants are getting Epic Games Store 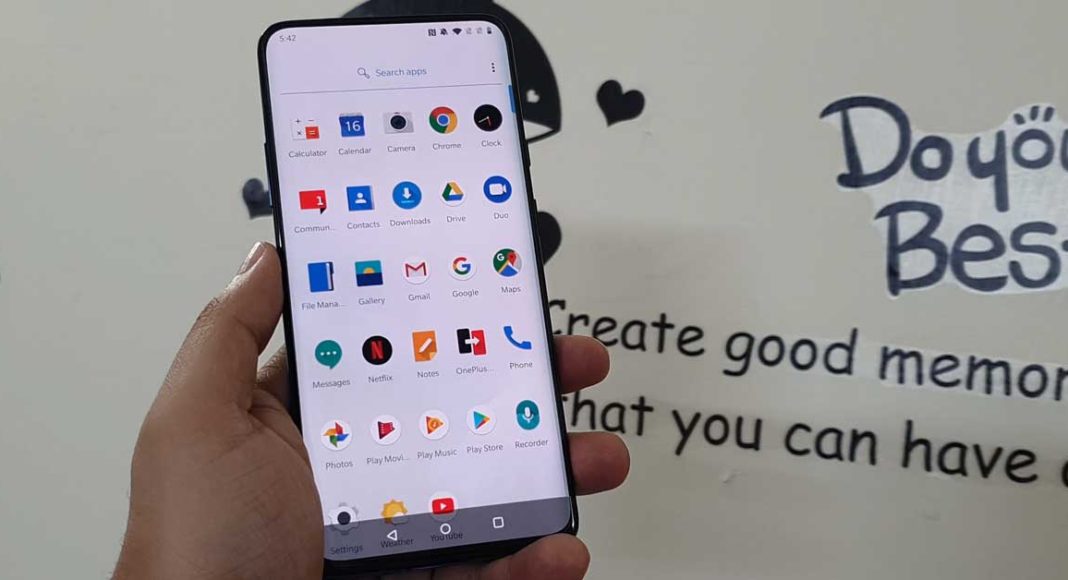 The new stable update brings Dolby Atmos Support for Bullets Wireless Z, support for 960fps slow-motion video for 7T and 7T Pro and Epic Games Store along with security patches for May 2020.

As per the changelog, OnePlus Bullets Wireless Z can now be integrated with Dolby Atmos for better sound quality. To improve user’s experience the volume adjustment has been optimised along with improved battery life. Moreover, the new update also improves system stability and fixed general issues. In terms of camera capabilities, there is a newly added support for lens stain detection.

For OnePlus 7 series the company has also added Epic Games in the Game Space app. The feature is exclusively available for the Indian variants of OnePlus 7 and OnePus 7 Pro. With the integration of Epic Games, the users will now be able to easily download Fortnite and Battle Beakers. In addition to this, the update also brings Android Security Patch for May 2020.

All the improvements, as well as features for the OnePlus 7T series, are the same as OnePlus 7series. You get  Dolby Atmos support for OnePlus Bullets Wireless Z, optimised volume adjustments, improved battery life, enhanced system stability and fixed general issues, lens stain detection and Newly added Epic Games in Game Space (exclusively available for the Indian variants only). What’s new is that all the Indian variants of the OnePlus 7T and 7T Pro are getting support for slow-motion recording at 720p at 960fps. At the moment it is supported by 480fps slow-motion video at 720p.

Like always the update will be rolled out in an incremental manner and should reach your devices in the coming days. The OxygenOS 10.3.3 update is 306MB in size.

Komila Singhhttp://www.gadgetbridge.com
Komila is one of the most spirited tech writers at Gadget Bridge. Always up for a new challenge, she is an expert at dissecting technology and getting to its core. She loves to tinker with new mobile phones, tablets and headphones.
Facebook
Twitter
WhatsApp
Linkedin
ReddIt
Email
Previous articleMay 29 Amazon Quiz: Participate to win GoPro Hero 8
Next articleWant to earn money with Instagram? The social media platform explained ways how influencers earn money via IGTV