Akinta is now available on New State Mobile after being successful and receiving positive reviews at NEW STATE Labs. 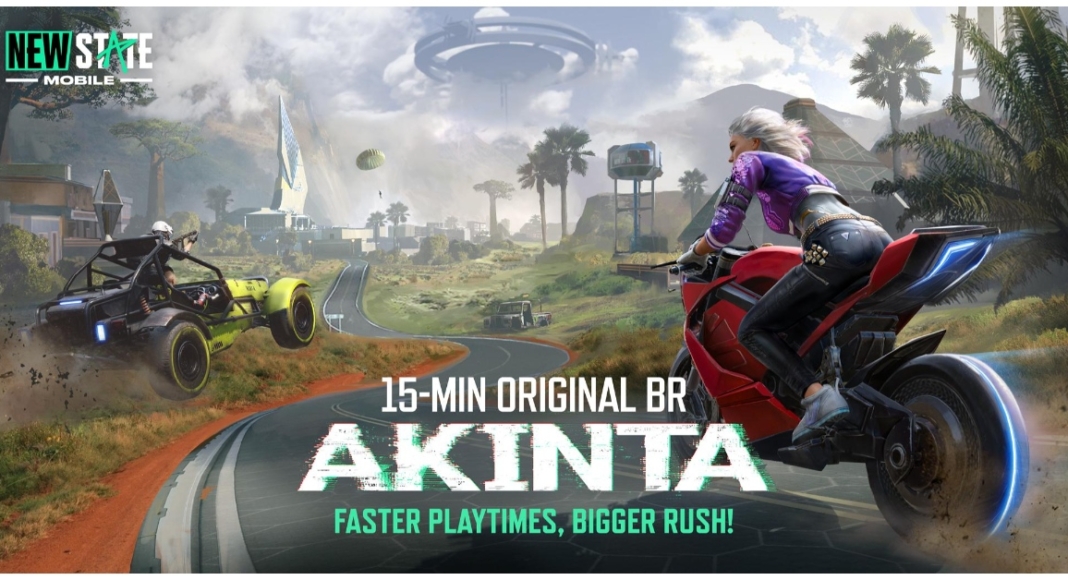 For a detailed list of all the significant features included in the September Update, see below:

Akinta is now available on New State Mobile after being successful and receiving positive reviews at New State Labs. A near-future, folksy African landscape is included in Akinta, a 4×4 km map. The action-packed battle royale round in Akinta will run up to 15 minutes per match and can accommodate up to 64 participants. The maglev tram, a brand-new mode of transportation that runs through the heart of the area, is also available to players.

According to Krafton the new partnership with McLaren Automotive is now in progress. A variety of cosmetic items, including an outfit, helmet, backpack, gloves, hat, sneakers, mask, and patch, are available for players to acquire thanks to the British supercar manufacturer’s stylish arrival in New State Mobile. Additionally, if players fulfil the mission objective, they can take part in an event where survivors can win the McLaren 720S vehicle skin. Volcano Yellow, Paris Blue, Royal Purple, Fever Pink, and Black and White are among the hues of the car skin.

As per the company, players can now continue testing out the Akinta: Bounty Royale game throughout the New State Labs period. With the September Update, all players are welcome to enjoy New State Labs without requiring an invitation.

The new 7mm weapon known as the AK ALFA is unveiled in the September Update. The AK ALFA will be a field drop weapon that may be upgraded with a scope, front grip, and magazine. It will be accessible across the map.

Komila Singhhttp://www.gadgetbridge.com
Komila is one of the most spirited tech writers at Gadget Bridge. Always up for a new challenge, she is an expert at dissecting technology and getting to its core. She loves to tinker with new mobile phones, tablets and headphones.
Facebook
Twitter
WhatsApp
Linkedin
ReddIt
Email
Previous articleNothing Ear (stick) teased: Here’s the first look
Next articleAmazon devices deals and offers you can look out for during the Great Indian Festival Sale