HomeMobilesNokia 3.4 likely to launch in India by mid-December

Nokia 3.4 likely to launch in India by mid-December

The device is expected to be priced around Rs 11,999 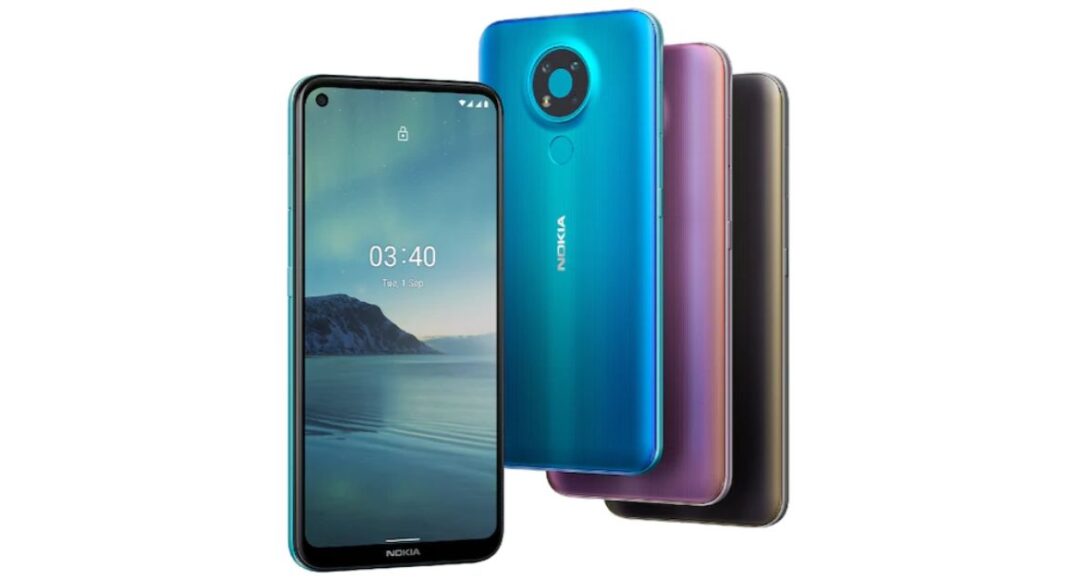 Nokia brand licensee HMD Global recently introduced Nokia 2.4 as its budget smartphone with dual comers in India. Now the company is planning to bring its next device that is Nokia 3.4 to the country soon, a report suggests. The company is expected to introduce it by mid-December. The device features an HD+ display, a rear-mounted fingerprint sensor, and a Nordic colour palette. In addition to this, it has triple rear cameras and sports a hole-punch display design to house a selfie camera

According to a report by NokiaPowerUser, Nokia 3.4 is likely to launch in India by mid-December. According to the website the device is expected to be priced at somewhere around Rs 11,999 for the 3GB RAM model. The device is also said to come in multiple storage options and will be up for pre-orders by the end of this month.

However there is no official confirmation from the company’s side but the colour variants are also going to be the same as the international variant that includes Charcoal, Dusk, and Fjord. To recall the Nokia 3.4 was introduced in September this year alongside Nokia 2.4 which has already entered the Indian market. The device was introduced at EUR 159 that translates to Rs 14,227.

For taking photos and videos, Nokia 3.4 features a triple rear camera set up that includes a 13-megapixel primary sensor. In addition to this, there is a 5-megapixel ultra-wide-angle lens with a 2-megapixel depth sensor and an LED flash. On the front, there is a hole-punch to play house to an 8-megapixel selfie camera sensor.

The company has provided a  4,000mAh battery on the Nokia 3.4 that comes with 10W charging support. In terms of connectivity, there is 4G LTE, Wi-Fi 802.11 b/g/n, Bluetooth v4.2, GPS/ A-GPS, USB Type-C, FM radio, and a 3.5mm audio jack. In addition to this, there are sensors that include an accelerometer, ambient light, gyroscope, a proximity sensor and a  fingerprint sensor at the back of the phone.

Komila Singhhttp://www.gadgetbridge.com
Komila is one of the most spirited tech writers at Gadget Bridge. Always up for a new challenge, she is an expert at dissecting technology and getting to its core. She loves to tinker with new mobile phones, tablets and headphones.
Facebook
Twitter
WhatsApp
Linkedin
ReddIt
Email
Previous articleFlipkart launches 2GUD Local to bring India’s Favorite Shopping Centers Online
Next articleAmazfit GTR 2 launch in India set for December 17, Amazfit GTS 2 and Amazfit GTS 2 mini to also follow soon