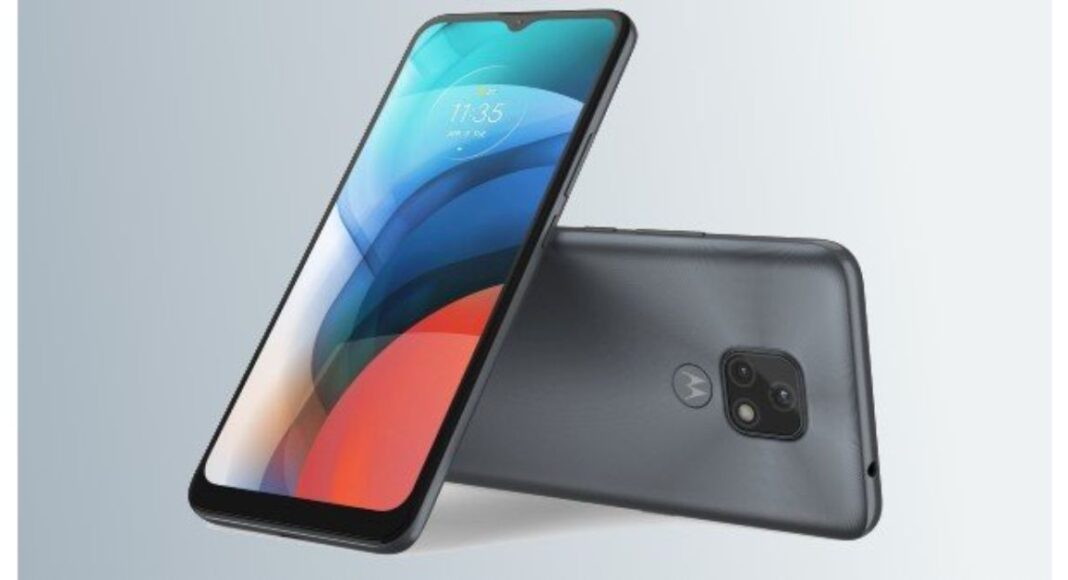 Moto E7 Plus was launched in the market recently as an entry-level smartphone by Motorola. The company has now brought another new addition to the budget phone line up- Moto E7. Prior to its launch, the device renders and specifications have leaked online showing the design and internals. The device has been introduced in the European market and comes with an improved camera and well as upgrade specifications. Also, unlike its sibling this phone has, 6.5-inch HD+ display, and 4000mAh battery and a square-shaped camera module.

Moto E7 has been launched in Europe at a starting price of Eur 110 that translates to Rs 9,000. The device is said to go on sale in the next few weeks followed by a launch in the select markets including Latin America, the Middle East and Asia in the coming weeks. The vanilla variant will be available in three colour options Mineral Gray Aqua Blue, and Satin Coral.

Moto E7 runs a stock Android 10 operating system. The device will be featuring a 6.5-inch HD+ IPS TFT LCD MaxVision display with 1600×720 pixels of resolution and a 20:9 aspect ratio. Under the hood, there is a MediaTek Helio G25 processor with eight Cortex-A53 CPU cores and an IMG GE8320 GPU at 650 MHz. The only difference between the vanilla and Moto E7 is that the latter one is powered by a Snapdragon 460 SoC. The standard variant will be available in 2GB of RAM with 32GB and 64GB of storage. The internal storage can be expanded up to 512GB using a microSD card.

In terms of optics, there is a dual-camera setup at the rear of Moto E7 that includes a 48-megapixel primary sensor with f/1.7 aperture and a secondary 2-megapixel macro lens with f/2.4 aperture along with an LED flash. For taking selfies the device sports a 5-megapixel front-facing camera with f/2.3 aperture.

The mobile phone draws its power from a 4,000mAh battery with 10W charging support that is touted to deliver 36 hours of battery life. The connectivity option on the phone includes 4G VoLTE, Bluetooth 5.0, 3.5mm headphone jack, and USB Type-C port. In addition to this, the phone comes with a water-repellent coating to protect it from accidental spills. Also, the fingerprint sensor is given on the back of the device.