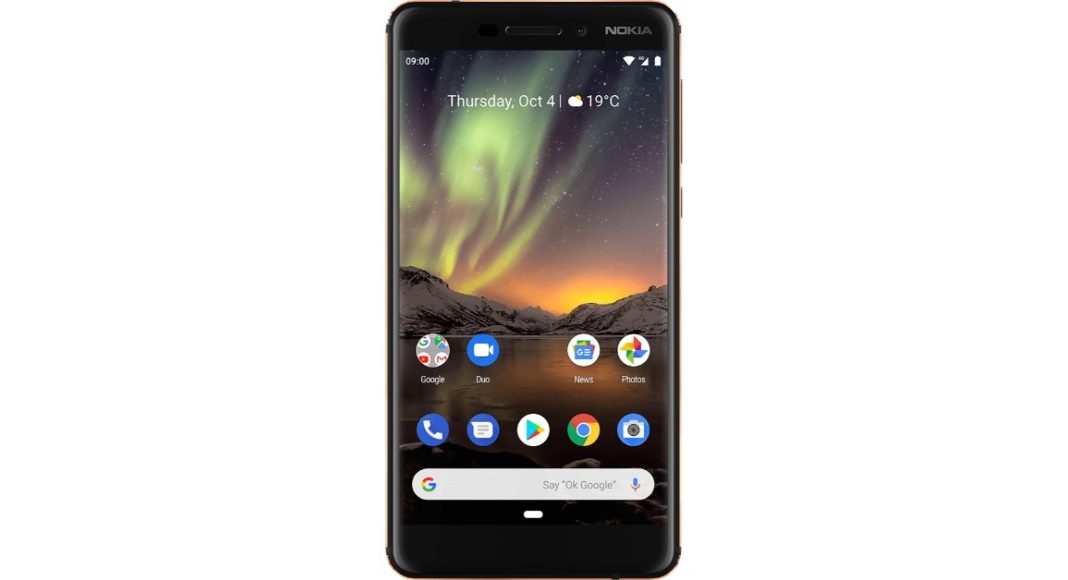 Most reports that mention Nokia these days talk about the upcoming Nokia 9 PureView smartphone that has been spotted online with five rear cameras. But this time, a report has surfaced online which talks about the Nokia 6 (2019) smartphone, which is also being dubbed as Nokia 6.2. It is being said that the device will be launched either in January end or the beginning of February. Considering that reports suggest that Nokia 9 will be launched around the same time, we wouldn’t be wrong in assuming that the two smartphones may get launched together at the same event.

The tipster who first spoke about Nokia 6 (2019) – Nokia_Leaks – also said that the smartphone will sport a 6.2-inch display that will come with a hole on the top left to house the selfie camera. It is the same technology that we saw in Samsung Galaxy A8s, in which case it was referred to as Infinity-O. Powered by Qualcomm Snapdragon 632 processor, Nokia 6 (2019) will reportedly come with either 4GB RAM or 6GB RAM. According to Nokia_Leaks, Nokia (2019) will feature a dual rear camera setup with 16MP lenses from Zeiss and will have support for OZO Audio. If these specifications are correct, then Nokia 6 (2019) will come a display that will be larger than Nokia 6 (2018)’s and will be powered by a more powerful processor too.

It has also been reported that the device will first be launched in China and will make its way to international markets later. And as we mentioned earlier, the smartphone is expected to be launched in either late January or the beginning of February, most likely along with Nokia 9 PureView.

However, it is so far just speculation that the two devices will be launched together. There is no confirmation about the same. Various reports have surfaced online speaking about the Nokia 9 smartphone. It is being said that the smartphone will come with a penta-lens camera setup and have sleek bezels on the front panel. Nokia 9’s launch is said to be ahead of Mobile World Congress which is scheduled to take place towards February end. Reports have also suggested that the smartphone would fall in the EUR 749 to EUR 799 price range.

Avani Baggahttp://www.gadgetbridge.com
Avani has an immense love for reading, travelling and food, but not necessarily in the same order. Avani almost started pursuing law, but life had other (better) plans for her and she chose to be a writer instead (luckily!) She previously covered technology at Times Internet and wrote about smartphones, mobile apps and tech startups. When she’s not writing, you’ll be able to find her in book stores or catching up on her social life.
Facebook
Twitter
WhatsApp
Linkedin
ReddIt
Email
Previous article
CES 2019: Gigabyte Technology upgrades SSD lineup with AORUS RGB Series
Next article
Xiaomi launched the Mi soundbar: Here is all you need to know about it