The Nothing Ear 1 app was also made available on Google Play Store ahead of the official launch. 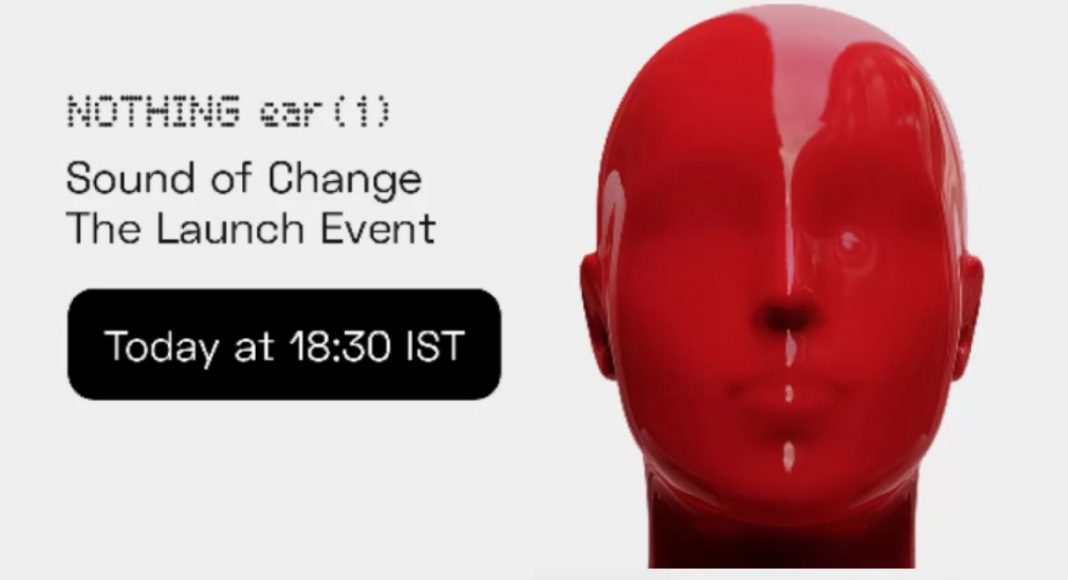 OnePlus’s ex Co-founder, Carl Pei, is all set to introduce its first product globally and in the Indian market under his newly founded tech firm Nothing. The company is going to host its first launch event to unveil Ear 1 TWS earbuds in the country today. Pei left the Chinese smartphone company OnePlus to start its own tech firm Nothing. The new earphones will be featuring a new transparent design. These will also include active noise cancellation (ANC) as well. With the launch the firm is looking to go after consumer tech giants such as Apple, Samsung and OnePlus offering AirPods, Galaxy Buds and OnePlus Buds respectively.

The UK based tech company Nothing is going to officially announce the launch of its first product in India and the global market later today. The launch of Nothing Ear 1 will take place at 2 PM BST and 6:30 PM IST. The event will be live-streamed via the company’s social media channels including YouTube. For your convenience, we have embedded the link below.

Besides this, to tease the availability of Nothing Ear 1 the company has listed them on Flipkart. As per the dedicated microsite, the Nothing TWS earphone will be made available in India with a price tag of Rs 5,999. To launch the product in the Indian market, Nothing has appointed Samsung’s executive Manu Sharma who previously announced the collaboration of Nothing with Flipkart.

Previously the company’s CEO Carl Pei in an interview revealed that the upcoming Ear 1 true wireless stereo (TWS) earbuds will be offered at a global price tag of GBP 99 that translates to Rs 10,200 which is considerably higher than the recently revealed Indian pricing. With the pricing, the company will stand against other audio devices available in the Indian market. 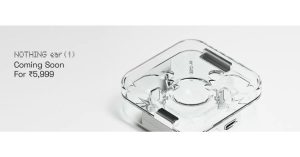 Ahead of the launch, the Nothing Ear 1 app was also made available on Google Play Store. The companion app also revealed some of the key features of the TWS earbuds that includes three different modes of ANC – Noise Cancellation, Transparency mode and off. Whereas the Noise Cancellation mode offers two sub-modes called Light and Maximum. The app will allow users to personalise the touch controls and sound via in-app equaliser. According to the app, the users will also be able to enable or disable the in-ear detection feature. The app will also offer a “Find my Devices” to find their missing earbuds.

In terms of design, the Nothing Ear 1 true wireless earphones will offer a transparent casing. It will come with the company’s branding on the stem of the earbud which also shows red, white and black circles design and a silver strap at the bottom of the stem. The earbuds are confirmed to last for 24 hours with the active noise cancellation (ANC) feature turned off. When ANC is turned off the battery life can be expanded to up to 36 hours.

Komila Singhhttp://www.gadgetbridge.com
Komila is one of the most spirited tech writers at Gadget Bridge. Always up for a new challenge, she is an expert at dissecting technology and getting to its core. She loves to tinker with new mobile phones, tablets and headphones.
Facebook
Twitter
WhatsApp
Linkedin
ReddIt
Email
Previous articleMotorola Edge 20 series to launch in India on August 5
Next articleRedmi Note 10 Pro review: A smooth performer within a budget