Nothing event “The Truth” to take place today, Nothing Phone expected

Here is how to watch the Livestream. 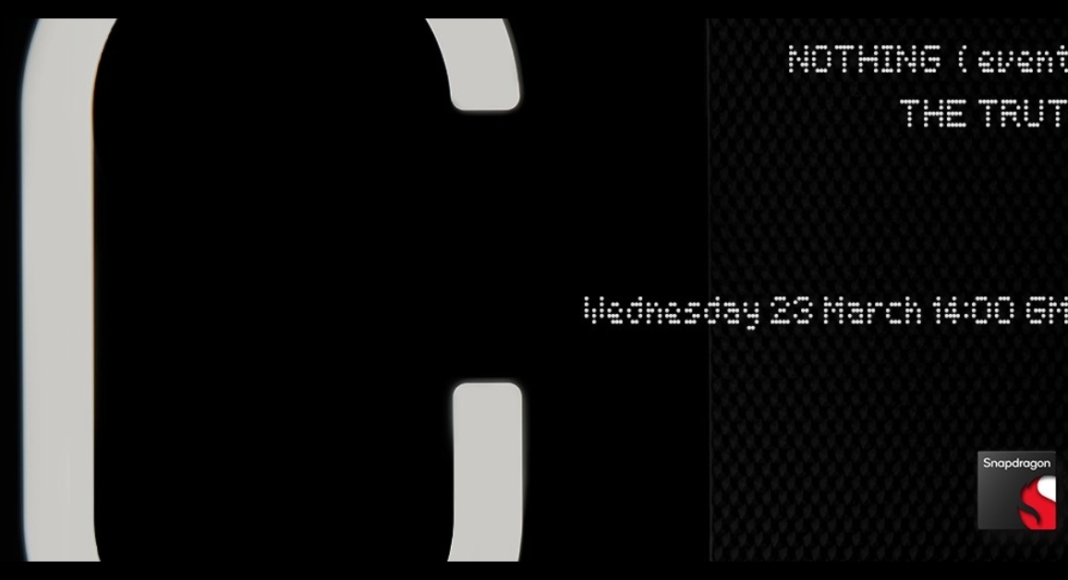 Nothing, a tech firm owned by OnePlus Co-Founder Carl Pei is planning to launch a new product in the market and this is probably going to be about the speculated Nothing phone. The UK-based electronics company has set up a virtual event later today that will be live-streamed via the company’s official channels. The Nothing smartphone could have a transparent design, similar to Nothing Ear (1) earbuds, which were released last year. Nothing’s upcoming smartphone will most likely be powered by a Qualcomm Snapdragon SoC.

How to watch Nothing event live and other details

Nothing has yet to officially reveal what it will unveil at the event, like we said earlier the company is expected to announce its first smartphone or it might share its products roadmap for the year 2022. The Truth is what the Nothing virtual event is titled. The event will begin today at 2 pm GMT and 7:30 PM IST. It is going to be live-streamed via the company’s official YouTube channel however the participants can now sign up to receive event notifications.

You can also watch the Livestream embedded below.

There is no specific information about what Nothing will bring to the launch event, but the company is expected to present its first Nothing Phone, on which it has been working for over a year. Previously there were reports that claimed that the tech firm may introduce its smartphone in April this year.

It’s worth noting that Pei hinted at the release of a new smartphone in a series of tweets last month. Nothing’s first pair of true wireless stereo (TWS) earbuds were released in 2021, and the device is expected to have a transparent design.

Nothing founder Carl Pei, according to TechCrunch, presented a prototype of the upcoming Nothing smartphone at the Mobile World Congress (MWC) in Barcelona. Notably, the prototype was shown to key industry executives, including Qualcomm, with whom the company collaborated last year on the chipset, confirming that the upcoming Phone by Nothing would be equipped with a Qualcomm processor.

Till now Nothing has only released one product to date, the Nothing Ear (1), but that is about to change with the development of the Nothing Phone. This smartphone will be available in early 2022.

According to the report, the Nothing smartphone may feature a transparent design similar to the Nothing Ear 1 TWS earbuds, which were released in 2021. Carl Pei teased the upcoming device on Twitter last month in a series of posts. Following that, both the Snapdragon and Android Twitter accounts responded to Pei’s tweets.

Nothing recently introduced a new $70 million investment led by EQT Ventures and C Ventures. The funding is said to be utilised to develop new product categories in association with Qualcomm Technologies and its Snapdragon platform, as well as to expand operations at its new London Design Hub.

Komila Singhhttp://www.gadgetbridge.com
Komila is one of the most spirited tech writers at Gadget Bridge. Always up for a new challenge, she is an expert at dissecting technology and getting to its core. She loves to tinker with new mobile phones, tablets and headphones.
Facebook
Twitter
WhatsApp
Linkedin
ReddIt
Email
Previous article
WhatsApp is rolling out 6 new message reactions for Android Beta users
Next article
Oppo K10 with 90Hz display and 33W fast charging launched in India