Nothing phone 1 to go on sale in India again today

The Nothing Phone 1 went on sale in India for the first time on July 21 and again on July 30. 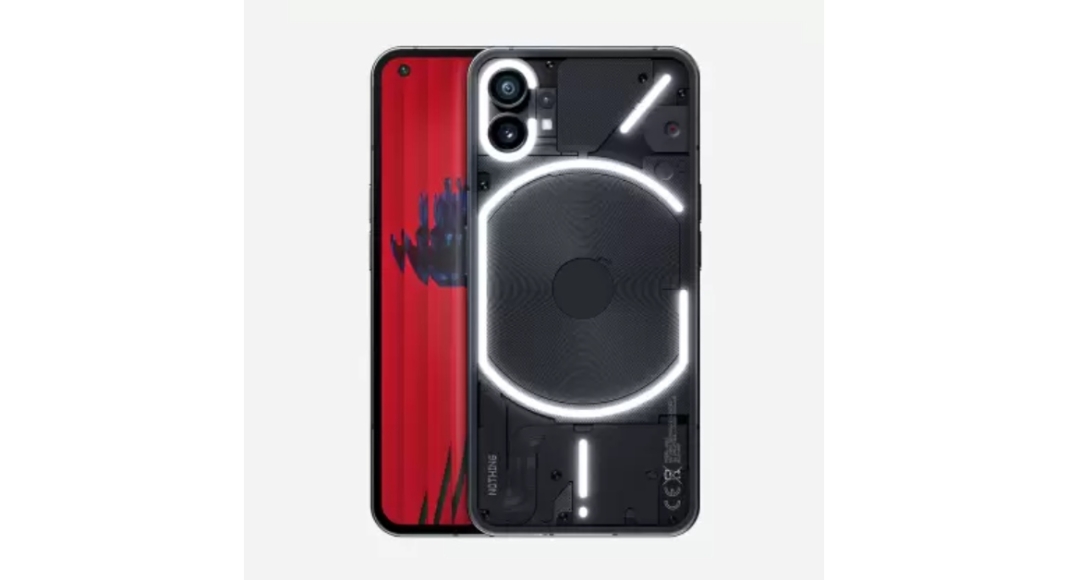 The Nothing Phone 1 was out of stock shortly after the sale began on both July 21 and July 30 in India. If you wanted to get the phone then but were unable to, this is the ideal moment to do it. The smartphone going on sale in the country today again. The transparent rear panel with the Glyph interface is the device’s biggest USP, which consists of LED light strips that can be programmed to flash in different patterns in response to ringtones and notifications.

Nothing Phone 1 price in India, availability

Three versions of the Nothing Phone 1 were released in India; the 8GB RAM with 128GB storage edition has a price tag of Rs 32,999. While the 8GB and 12GB RAM models with 256GB of storage are priced at Rs. 35,999 and Rs. 38,999, respectively. The handset will be available for purchase via Flipkart in the country. Black and White are the available colour options for the Nothing phone.

The Nothing Phone 1 has a 6.55-inch, 10-bit OLED display with a resolution of 2400 x 1080 pixels. The display features 402PPI, HDR10+, and a 1200 nit maximum brightness. The bezels of the Nothing phone (1)’s four sides are the same size, including the chin, which is generally thicker. Pei asserts that the phone’s flexible OLED panel, a feature present in only a few high-end flagship models, allows for this. Although the Nothing phone (1) is mostly made of recycled materials, Pei notes that the metal frame is sandwiched between layers of Gorilla Glass 5, so there is no plastic to be felt when handling the device.

The Nothing Phone has Nothing OS, an Android 12-based operating system, preloaded (1). Nothing pledges to provide the Nothing Phone with four years of security updates and three years of Android upgrades (1). The phone (1) also features a few minor, almost stock Android customizations, like a quick setting toggle designed exclusively for the Nothing ear (1), which Pei believes will also be available on phones made by other manufacturers. One of these manufacturers is Tesla, and you can operate numerous aspects of your Tesla vehicle remotely using your phone (1).

The Snapdragon 778G CPU inside the device has been customised by Qualcomm for it. The new chipset offers compatibility for 33W wired charging, 15W wireless charging, and 5W reverse wireless charging, in contrast to the original chipset’s lack of wireless charging capability. While an Adreno 642L GPU takes care of graphic needs. It also has up to 12GB of LPDDR5 RAM and 256GB of UFS 3.1 storage.

A 50MP primary Sony IMX766 sensor (f/1.88) with OIS and EIS, as well as a second 50MP Samsung JN1 ultrawide sensor (f/2.2) with 140 degrees of field of view, are both found on the back of the phone (1). The rear of the phone has a red LED that lights up to show when video recording is on. Up to 4K footage can be captured using the gadget. The 16MP Sony IMX471 sensor on the front camera has a /2.45 aperture and is intended for selfies and video calls.

Komila Singhhttp://www.gadgetbridge.com
Komila is one of the most spirited tech writers at Gadget Bridge. Always up for a new challenge, she is an expert at dissecting technology and getting to its core. She loves to tinker with new mobile phones, tablets and headphones.
Facebook
Twitter
WhatsApp
Linkedin
ReddIt
Email
Previous article
Amazon Quiz Answers Today 5 August 2022: Participate to win Rs 1,000
Next article
Amazon Great Freedom Festival 2022 opens for Prime members: Top deals on smartphones and electronics