This novel biodefense indoor air protection technology could be used at airports, claimed the researchers. 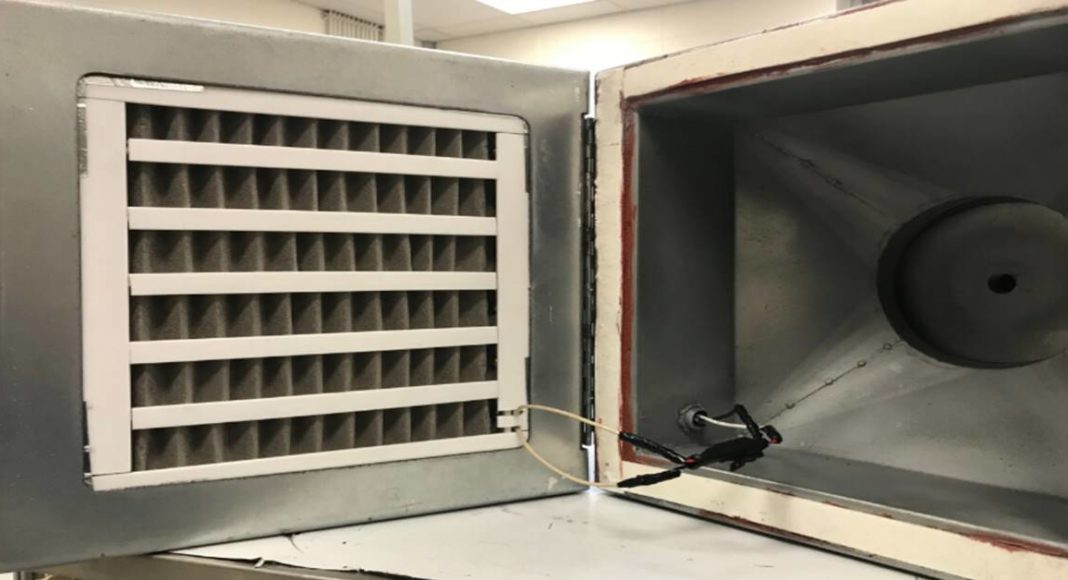 With the increasing concern over airborne transmission of coronavirus, a paper published in Materials Today Physics has now revealed that a group of researchers from the University of Houston, in collaboration with others, have designed a “Catch and Kill” air filter that can trap the virus responsible for COVID-19 and kill it instantly.

This ‘Catch and Kill’ air filter research team comprises of Zhifeng Ren, director of the Texas Center for Superconductivity at UH, collaborated with Monzer Hourani, CEO of Medistar, which is a Houston-based medical real estate development firm along with other researchers to design this virus-trapping machine.

As per the research, Virus tests at the Galveston National Laboratory discovered 99.8 percent of the novel SARS-CoV-2, the virus that causes COVID-19, was killed in a single pass through a filter made from commercially available nickel foam heated to 200 degrees Centigrade, or about 392 degrees Fahrenheit. Furthermore, the research team stated that it also killed 99.9 percent of the anthrax spores in testing at the national lab that is run by the University of Texas Medical Branch.

Stating that this filter could be useful in airports and in airplanes, in office buildings, schools and cruise ships to stop the spread of COVID-19, Ren, MD Anderson Chair Professor of Physics at University of Houston, and co-corresponding author for the paper, said, “Its ability to help control the spread of the virus could be very useful for society.” Luo Yu of the UH Department of Physics and TcSUH along with Dr Garrett K. Peel of Medistar and Dr Faisal Cheema at the UH College of Medicine are co-first authors on the paper.

According to Ren, Medistar executives are is also proposing a desk-top model, capable of purifying the air in an office worker’s immediate surroundings. “The Texas Center for Superconductivity at the University of Houston (TcSUH) was approached by Medistar on March 31, as the pandemic was spreading throughout the United States, for help in developing the concept of a virus-trapping air filter,” he added.

With businesses reopening, controlling the spread in air conditioned spaces was urgent as the researchers knew the virus can remain in the air for about three hours. Therefore, a filter that could remove the virus quickly was a viable plan. Medistar was aware that the virus can’t survive temperatures above 70 degrees Centigrade, about 158 degrees Fahrenheit, so the researchers decided to use a heated filter. Therefore, the researchers claimed that they were able to kill the virus almost instantly by making the filter temperature far hotter.

In addition, Ren suggested using nickel foam as it is porous, electrically conductive and flexible. At the same time, nickel foam has low resistivity that makes it difficult to raise the temperature high enough to quickly kill the virus. The researchers solved that problem by folding the foam and connecting multiple compartments with electrical wires to increase the resistance high enough to raise the temperature as high as 250-degree Celsius.

According to the research, “A prototype was built by a local workshop and first tested at Ren’s lab for the relationship between voltage/current and temperature; it then went to the Galveston lab to be tested for its ability to kill the virus. Ren said it satisfies the requirements for conventional heating, ventilation and air conditioning (HVAC) systems.”

“This novel biodefense indoor air protection technology offers the first-in-line prevention against environmentally mediated transmission of airborne SARS-CoV-2 and will be on the forefront of technologies available to combat the current pandemic and any future airborne bio-threats in indoor environments,” said Cheema.

Both Hourani and Peel have stated that there will be a phased roll-out of the device. This will be started with high-priority venues like schools, hospitals and health care facilities as well as airplane. The move will improve safety of frontline workers in essential industries as well as it will enable non-essential workers to return to public work spaces, concluded the researchers.