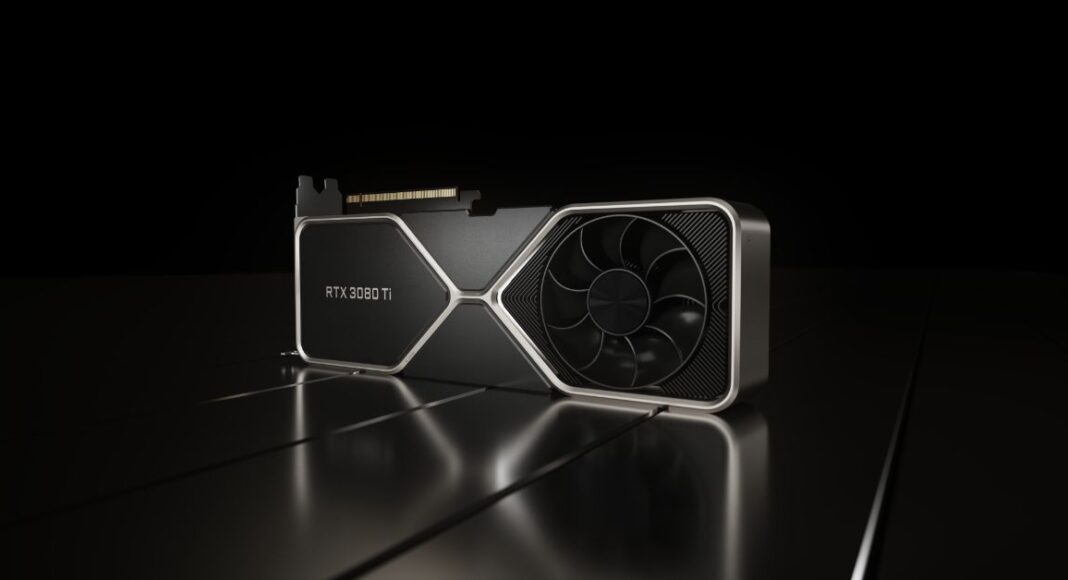 Nvidia has announced the launch of two new graphics cards at Computex 2021. The company has introduced the flagship GeForce RTX 3080 Ti and GeForce RTX 3070 Ti graphics cards based on Ampere architecture. Both the models support the company’s own DLSS upscaling technique. These graphics cards are claimed to offer other features such as ray tracing, NVIDIA DLSS performance-boosting AI, NVIDIA Reflex latency-reduction and more.

With the introduction of the flagship Nvidia GeForce RTX 3080 Ti and GeForce RTX 3070 Ti graphics card the company has also confirmed the pricing and the availability of the GPUs. As per the tech firm the new flagship gaming GPU of the GeForce RTX family, the RTX 3080 Ti will be available worldwide on June 3 starting at 1,22,000 in India and $1,199 in the US with the RTX 3070 Ti available next week starting at Rs. 61,000 and $599 in the US. The company said that both the GPUs will be available for purchase as custom boards — including stock-clocked and factory-overclocked models — from leading add-in card providers, including ASUS, Colorful, EVGA, Gainward, Galax, GIGABYTE, Inno3D, MSI, Palit, PNY, Zotac and other regional providers around the world.

Moreover, the limited edition NVIDIA Founders Edition boards will also be available. These graphics cards will be available at the major retailers and etailers, as well as in gaming systems from major manufacturers and leading system builders worldwide and India.

Both the Nvidia GeForce RTX 3080 Ti and GeForce RTX 3070 Ti graphics cards are based on the current Ampere architecture. The RTX 3080 Ti is claimed to deliver an incredible leap in performance and fidelity with acclaimed features such as ray tracing, NVIDIA DLSS performance-boosting AI, NVIDIA Reflex latency-reduction, NVIDIA Broadcast streaming features and additional memory that allows it to speed through the most popular creator applications as well. It comes with the capability to bring lower latency for better responsiveness and a competitive edge to the games millions of people are playing today. On the other hand

GeForce RTX 3070 Ti can deliver 1.5x more performance over the GeForce RTX 2070 SUPER and 2x the frames per second over the GeForce GTX 1070 Ti, which launched in 2017. According to Nvidia, both the graphics cards perform 2x faster in traditional rasterization and much faster with ray tracing and other cutting-edge gaming features enabled.

Additionally, the GeForce RTX 3080 Ti GPUs also promises to deliver amped-up levels of creative performance as well. It is backed by the NVIDIA Studio platform and offers  12GB of GDDR6X memory for creative applications like Adobe Photoshop,  Adobe Premiere Pro, OBS. The device is said to have support for over 70 content creation applications that support RTX-accelerated ray tracing, DLSS or AI features.

Powered by dedicated AI processors on GeForce RTX GPUs called Tensor Cores, NVIDIA DLSS boosts frame rates while generating beautiful, crisp game images and it is said to provide gamers with the performance headroom to maximize ray-tracing settings and increase output resolutions. With the incorporation of DLSS technology, it can increase the game title count with Unreal Engine and Unity Engine offering support for Battlefield, Call of Duty, Cyberpunk, Fortnite, Minecraft, Tomb Raider and many more.

Whereas the NVIDIA Reflex technology will reduce the input lag by making the games more responsive therefore giving the players more competitive multiplayer titles an edge over the opposition.

Komila Singhhttp://www.gadgetbridge.com
Komila is one of the most spirited tech writers at Gadget Bridge. Always up for a new challenge, she is an expert at dissecting technology and getting to its core. She loves to tinker with new mobile phones, tablets and headphones.
Facebook
Twitter
WhatsApp
Linkedin
ReddIt
Email
Previous articleiQoo Z3 5G confirmed to launch in India on June 8, gets listed on Amazon
Next articleXiaomi launched 40-inch Full-HD Mi TV 4A 40 Horizon Edition in India