The first Sale date is also tipped along with pricing. 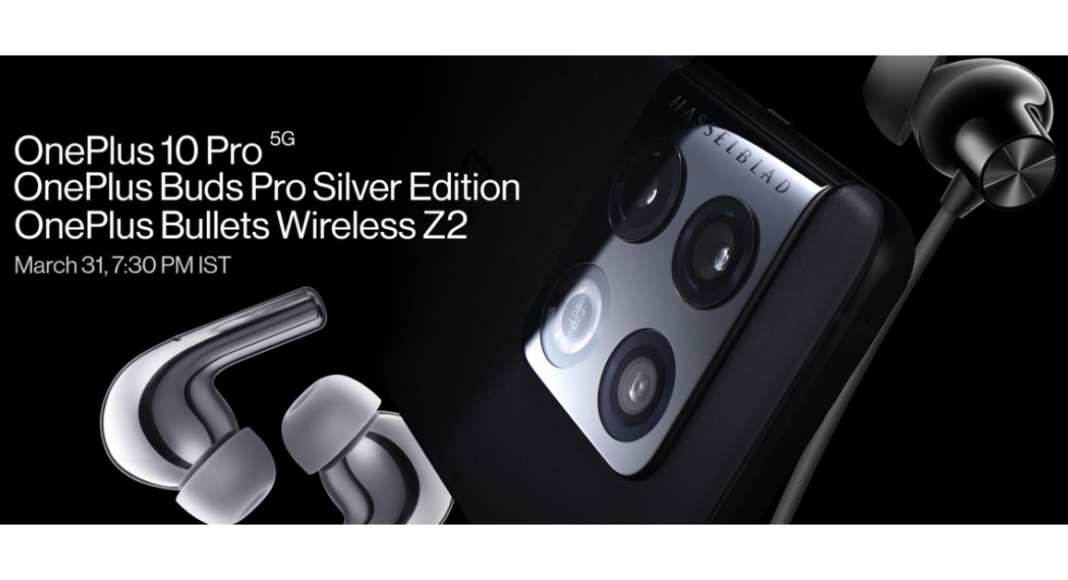 The OnePlus 10 Pro India launch is set for March 31. And, just ahead of the launch the pricing of the upcoming smartphone has leaked on the web. Along with India pricing, other details like its availability have also been tipped. To recall, the smartphone debuted in China earlier this year. The key specs of the smartphone also match the Chinese variant so the device will be identical to the Chinese model.

According to tipster Abhishek Yadav, OnePlus 10 Pro price in India will begin at Rs. 66,999 and go up to Rs 71,999 for the high-end model. The upcoming OnePlus device is expected to go up on sale in the country on April 5.

A 5,000mAh dual-cell battery powers the OnePlus 10 Pro, which supports cable charging at 80W and wireless charging at 50W. The phone has two speakers and is Dolby Atmos compatible.

Komila Singhhttp://www.gadgetbridge.com
Komila is one of the most spirited tech writers at Gadget Bridge. Always up for a new challenge, she is an expert at dissecting technology and getting to its core. She loves to tinker with new mobile phones, tablets and headphones.
Facebook
Twitter
WhatsApp
Linkedin
ReddIt
Email
Previous article
Comparison: Poco X4 Pro 5G vs iQoo Z6 5G
Next article
Amazon Quiz Answers Today 29 March 2022: Participate to win Rs 20,000