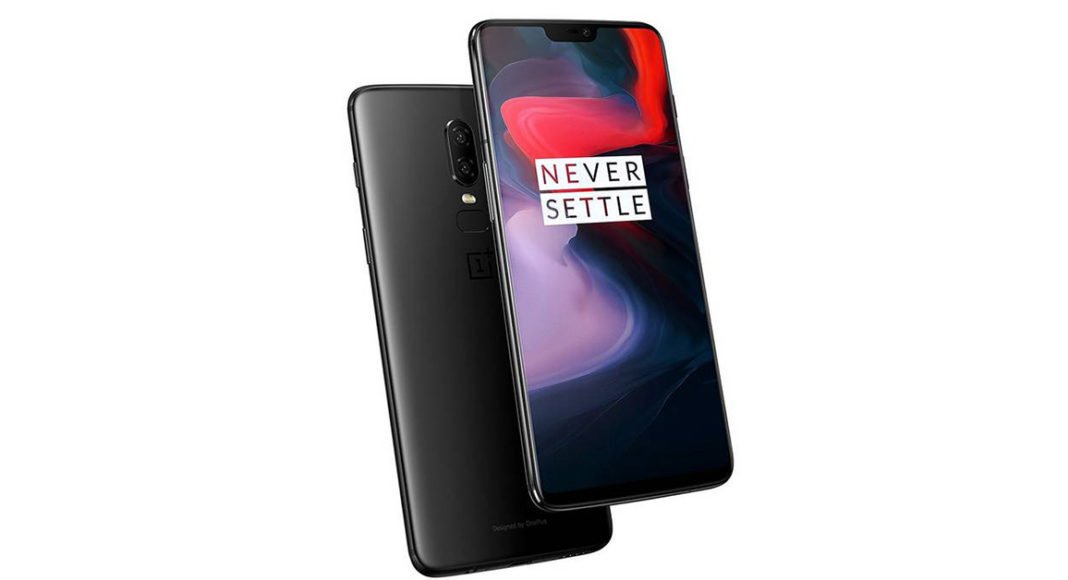 OnePlus has finally taken the wraps off its much awaited and talked about flagship smartphone OnePlus 6. Launched today at an event in London, OnePlus comes with high-end specifications and a revamped design with an all-glass body. OnePlus also has an event planned for India on May 17, where it will be giving all the information about the local pricing and availability of the device.

OnePlus’ flagship smartphone sports a 6.28-inch FHD+ Full Optic AMOLED display that comes with an 19:9 aspect ratio. The phone’s rear panel is also made of glass and is protected by Gorilla Glass 5. It also has an iPhone X-like notch that houses the front camera, earpiece, and proximity sensor. The newly launched OnePlus 6 comes with new gestures to perform various tasks on the device.

Powered by Qualcomm latest processor, Snapdragon 845, OnePlus 6 runs Android 8.1 Oreo topped with the company’s own OxygenOS 5.1. The developer preview of Android P is also said to roll out on the smartphone shortly.

For imaging duties, OnePlus 6 sports a dual rear camera setup with a 16MP Sony IMX519 sensor coupled with a 20MP Sony IM376K sensor. The dual rear cameras come with dual LED flash. For selfies, there is a 16MP front facing snapper. The camera app of the smartphone comes with Optical Image Stabilization and a Smart Capture mode that will automatically optimize camera settings. Besides this, there is Slow Motion video recording — using which one can record 480 frames per second — and the smartphone can shoot videos with 4K resolution at 60fps. There is also an inbuilt video editor and support for HDR and Portrait modes. In fact, the selfie camera of OnePlus 6 also offers Portrait mode and supports Face Unlock. The company claims that the Face Unlock feature can unlock the device in just 0.4 second.

OnePlus is also touting the Gaming mode of the device. According to the company, the Gaming Mode of OnePlus 6 has an improved Gaming DND mode, and can apparently push up performance of the game that the user is playing.

The connectivity options of the smartphone include 4G VoLTE, Wi-Fi, Bluetooth v5.0, NFC, USB Type-C, and a 3.5mm headphone jack. OnePlus 6 also comes with a fingerprint sensor on its back panel, which is claimed to unlock the smartphone in 0.2 seconds. The smartphone houses a 3,300mAh battery with the company’s Dash Charge fast charging technology.

The 6GB RAM variant of the smartphone is available for $529 in US, GBP 469 in UK and EUR 519 in the rest of Europe. The 8GB RAM/128GB variant is priced at $579 in the United States, GBP 519 in United Kingdom and EUR 569 in Europe. Lastly, the OnePlus 6 variant with 8GB RAM and 256GB of storage costs $629 in US, GBP 569 in UK and EUR 619 in Europe. The pricing of OnePlus 6 in India is yet to be declared. However, the smartphone can be bought from Amazon India’s website, which is the exclusive online partner for OnePlus 6. Besides this, the company will also be setting up pop-up stores starting May 21 and the smartphone will be available in open sales starting May 22.

Note that only Midnight Black and Mirror Black variants of the smartphone will be available starting May 22, if you want to get your hands on the Silk White Limited Edition, you will have to wait till June 5.

The Indian price of the OnePlus 6 starts from Rs 34,999 and the Avengers edition will be available at Rs 44,999. Both Amazon exclusive. Sales start from 22 May, 2018 for normal edition, with early access sale for Prime members on 21 May. Rs 2,000 cash back on SBI cards is available too.

Avani Baggahttp://www.gadgetbridge.com
Avani has an immense love for reading, travelling and food, but not necessarily in the same order. Avani almost started pursuing law, but life had other (better) plans for her and she chose to be a writer instead (luckily!) She previously covered technology at Times Internet and wrote about smartphones, mobile apps and tech startups. When she’s not writing, you’ll be able to find her in book stores or catching up on her social life.
Facebook
Twitter
WhatsApp
Linkedin
ReddIt
Email
Previous article
Comparison: Oppo Realme 1 vs Xiaomi Redmi Note 5 Pro vs Asus Zenfone Max Pro M1
Next article
HMD Global launches Nokia X6: All you need to know