OnePlus 6 shows up in a photo online, has infinity display and a notch, plus some other new things 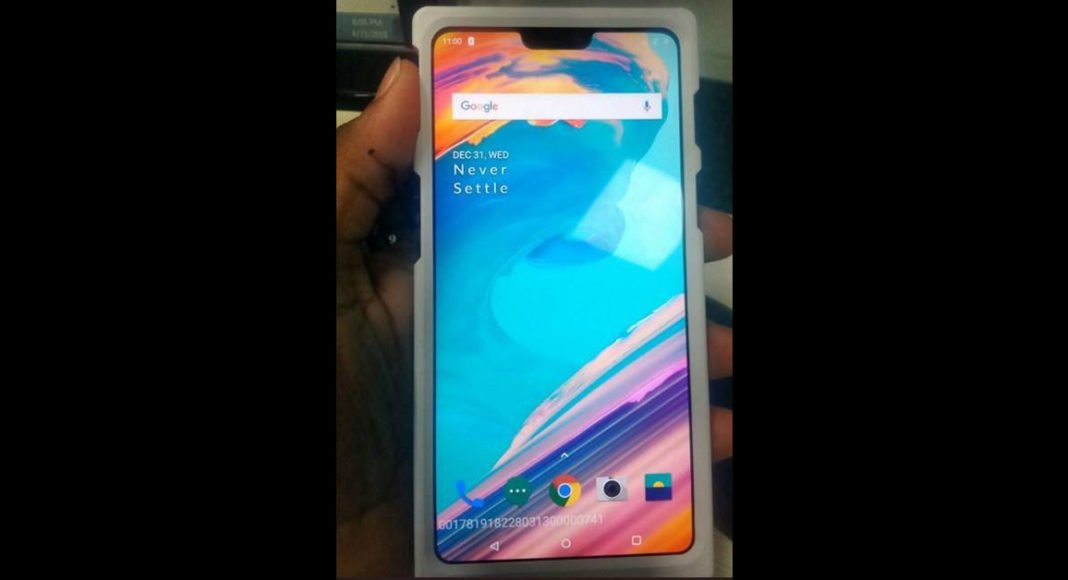 This is by far the most anticipated smartphone launch of the summer season. OnePlus 6 leaks have been coming at blitzkrieg pace and this time a full front image has emerged courtesy Techtastic. The image of the OnePlus 6 shows the infinity display and the notch on the top. It also shows that the button layout has been changed to suits its new style. Which should work in its favour as it is edge to edge display.

Other leaks have also given us a glimpse into how the new OnePlus 6 smartphone will look like. Besides having a large touch screen, which should have a toughened glass, the rear will also sport a 3D curved glass back. This means that the mobile phone will have wireless charging capabilities just like the one found on the iPhone X and Samsung Galaxy S series.

OnePlus 6 is slated to launch on 16th May in London, globally, following which it will be available in India and also other parts of the world. The price should be less than Rs 40,000 as indicated to us by industry insiders. OnePlus 6 will also be available in 2 variants, one with 64 GB and other with 128 GB memory. However, fan boys are going gaga over rumours of a 256 GB special edition variant. OnePlus 6 will also feature a Qualcomm 845 chipset and Android 8.1 operating system.

OnePlus has already announced that this version of the best-selling android phone will have an Avengers special edition version too. More details on it are still awaited. This again will be an online model and official sales will start on 21st May. Online partner for India, you ask? Well, in all likelihood it will be Amazon, that will do proper justice to this smartphones sales.

Gadget Bridge Bureauhttp://gadgetbridge.com
Facebook
Twitter
WhatsApp
Linkedin
ReddIt
Email
Previous article
9 features of ‘new’ Gmail you must know about
Next article
Here are the most popular smartphone apps of the last five years on Android Play and Apple App store