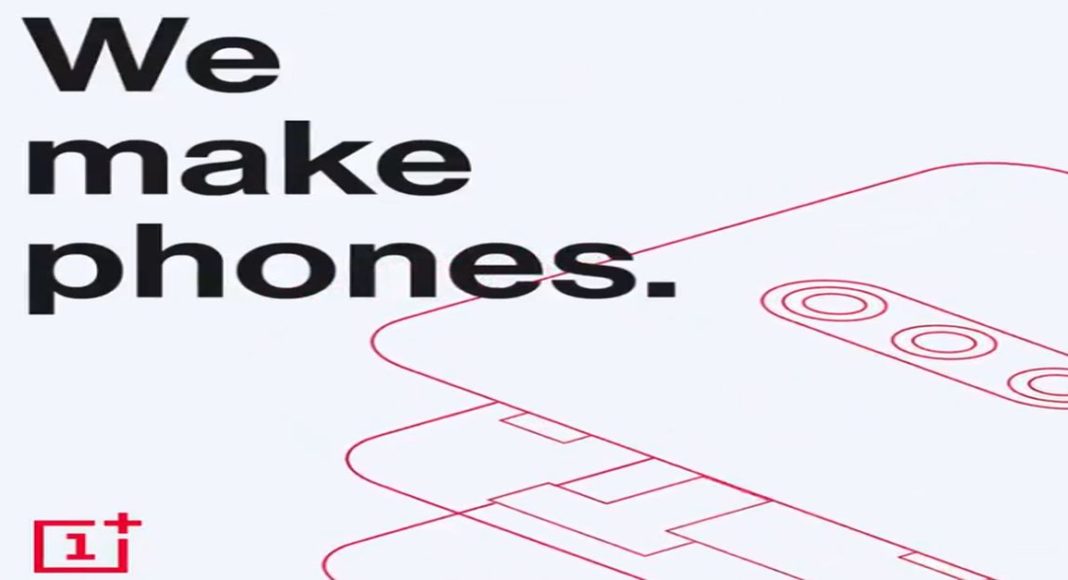 OnePlus’s tweet read, “Bells and whistles make noise,” and then it said “We make phones.” The company has also used the hashtag # OnePlus7Pro. It could mean that the triple rear camera of the upcoming smartphone could be limited just to the premium variant of the OnePlus 7 series – OnePlus 7 Pro.

Speaking about the cameras, it is reported that the OnePlus 7 Pro’s triple rear camera setup will feature a standard lens paired with a telephoto lens along with an ultra-wide lens. This camera setup has already been used in a number of 2019 smartphones launched by various other companies. But there is also a possibility that the company may put a depth sensor in the setup.

Also, we could see a new and fresh approach towards the camera by the company and expect something different from what it did with OnePlus 6 and the OnePlus 6T. The cameras of the OnePlus devices weren’t the smartphones’ best feature. Even though OnePlus had made certain software improvements for its earlier devices but it still couldn’t reach the level of the best camera smartphone of the market – Google Pixel 3.

With so many improvements there is a possibility that the company might increase its price this time and make it more expensive than earlier OnePlus models. And if that happens, its ‘flagship killer’ title might be in danger as the price leaks of OnePlus 7 and its variants suggests that the device is creeping dangerously close to the ‘other’ flagship smartphone prices.

Aman Singhhttps://www.gadgetbridge.com/
Aman Kumar Singh has a Masters in Journalism and Mass Communication. He is a journalist, a photographer, a writer, a gamer, a movie addict and has a love for reading (everything). It’s his love of reading that has brought him knowledge in various fields including technology and gadgets. Talking about which, he loves to tweak and play with gadgets, new and old. And when he finds time, if he finds time, he can be seen playing video games or taking a new gadget for a test run.
Facebook
Twitter
WhatsApp
Linkedin
ReddIt
Email
Previous article10 PUBG Mobile locations and tricks that you should know to survive the Darkest Night
Next articleGoogle has banned a major app developer from its Play Store, removed more than 50 of its apps