OnePlus 8 and OnePlus 8 Pro to launch today: How to watch the live stream

Alongside its latest flagships, the company will also launch its new Bluetooth audio earpods 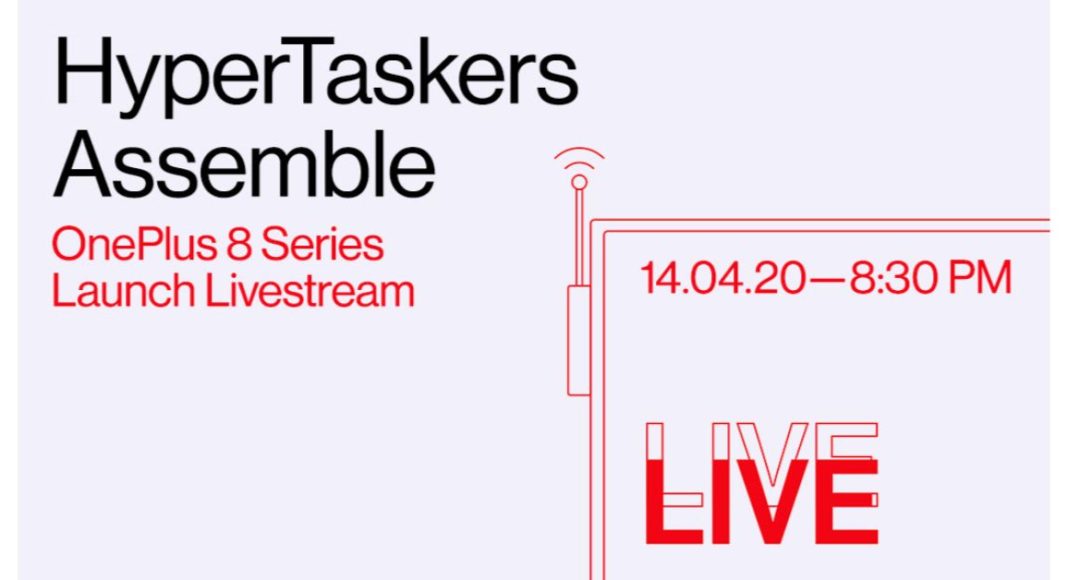 OnePlus is all set to launch its upcoming smartphone OnePlus 8 series. As all the companies are delaying their launches amid coronavirus there is nothing to stop OnePlus from bringing its most awaited smartphone to the market. This time the Chinese company will be hosting an online launch event (today) to unveil OnePlus 8 and OnePlus 8 Pro along with its new Bluetooth earpods. The new smartphone is the successor of the OnePlus 7T series that was launched last year. Read on to know how to watch the Livestream.

OnePlus 8 series: How to watch the live streaming

Due to the current situation in the whole world, OnePlus has now planned to launch its all-new OnePlus 8 series via an online launch that will kick off at 8.30 PM IST today. If you are interested then you can watch the event live via Livestream on the OnePlus official website and YouTube. We have also embedded the link below for your convenience:

In terms of camera, a previous report suggests that there will be a triple rear camera setup consisting of a 64-megapixel primary sensor, a 20-megapixel secondary lens, and a 12-megapixel tertiary camera on the regular model. On the Pro model, there will be an additional fourth sensor, which is expected to be laser autofocus.

Komila Singhhttp://www.gadgetbridge.com
Komila is one of the most spirited tech writers at Gadget Bridge. Always up for a new challenge, she is an expert at dissecting technology and getting to its core. She loves to tinker with new mobile phones, tablets and headphones.
Facebook
Twitter
WhatsApp
Linkedin
ReddIt
Email
Previous article
Oppo Ace 2 with 65W SuperVOOC 2.0 Flash Charge and 40W Air VOOC wireless fast charging launched: Specifications and price details
Next article
Razer lifts curtains off Pikachu Wireless Earbuds with Pokeball charging box