OnePlus 8T confirmed to have a 4,500mAh battery with Warp Charge 65 support 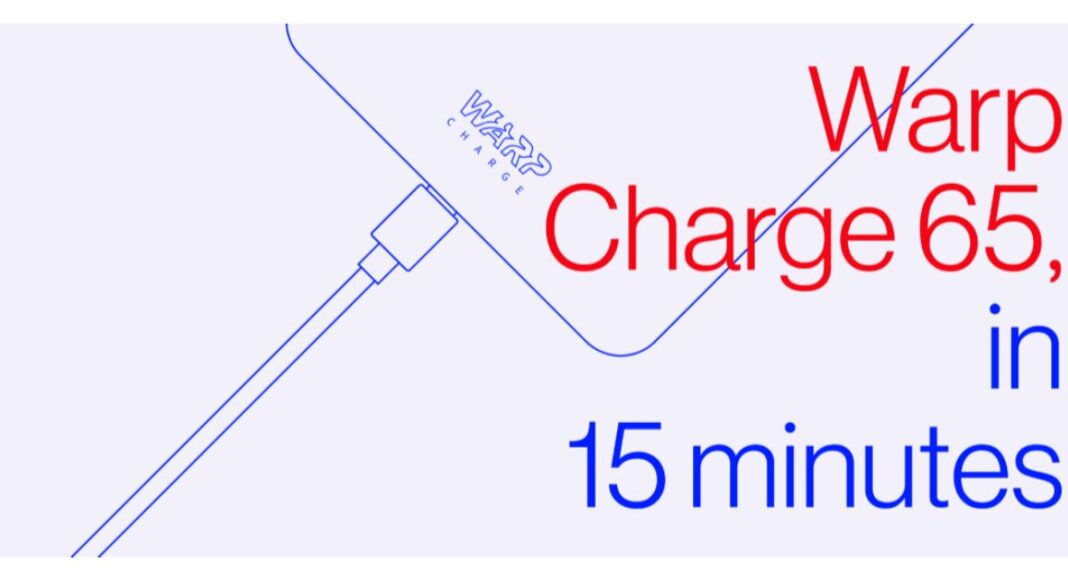 As the launch date for OnePlus 8T is inching closer the momentum of the rumour mills, leaks and reports have become fast. So is the company revealing the information about its upcoming smartphone just before the launch. Recently the company’ CEO revealed display details of the OnePlus 8T and now he has further revealed a 4,500mAh battery and support for Warp Charge 65.

OnePlus CEO Pete Lau via its community forum has spilt the beans on the OnePlus 8T battery capacity as well as its charging capabilities. According to Lau the smartphone will come with a 4,500mAh battery and support Warp Charge 65.

His post says, “After shedding some light on the OnePlus 8T’s flat 120Hz Fluid Display last Tuesday, today, I’m thrilled to share more about an exciting new technology that will make its debut on the upcoming flagship – Warp Charge 65.”

This is the second reveal from the company’s CEO after he revealed that the upcoming device will come with a flat 120Hz Fluid Display. As per the CEO, the smartphone will be capable of charging a 4500mAh battery fully in 39 minutes, and almost 58% in just 15 minutes. In addition to this, Lau has further revealed that the OnePlus 8T’s 4500mAh large battery capacity can deliver a day’s power in 15 minutes. In addition to this, it will be featuring a dual-end Type-C port design to offer support for up to 45W PD fast charge. Means the device brings compatibility and ability to charge multiple supporting devices from your OnePlus Buds to even your laptop. The charger is also backward compatible with our previous charging protocols, meaning you can still enjoy the same speeds you’re used to while charging any OnePlus device.

Moreover, the smartphone comes integrated with an additional encryption chip to the charger and cable and 12 temperature sensors in the phone to allow OnePlus devices to charge intelligently and efficiently in different situations. Lau further said that OnePlus 8T has been included with a new heat dissipation system to keep the phone cool.

In his earlier post, Lau revealed a 6.55-inch display similar to its siblings. He confirmed a Fluid AMOLED display with a refresh rate of 120Hz which is an upgrade over its predecessor OnePlus 8.

In addition to this, it has been implemented as many as 142 optimizations in the new OxygenOS 11 so far to give users the best fast and smooth experience possible. The device has also gone through a demanding colour calibration process. With a Just Noticeable Colour Difference (JNCD) of around 0.3, every detail appears natural and true-to-life.

“Furthermore with 100% DCI-P3, the colour space favoured by the film industry, the OnePlus 8T can display more colours than ordinary display panels. This provides a richer, more accurate colour expression, helping to earn an overall A+ display rating from DisplayMate. With its FHD+ 2.5D flexible display and HDR10+ standard, you’ll have an immersive viewing experience whether it is watching HD videos, swiping through photos or playing games.”

Komila Singhhttp://www.gadgetbridge.com
Komila is one of the most spirited tech writers at Gadget Bridge. Always up for a new challenge, she is an expert at dissecting technology and getting to its core. She loves to tinker with new mobile phones, tablets and headphones.
Facebook
Twitter
WhatsApp
Linkedin
ReddIt
Email
Previous article
Realme SLED 4K Smart TV to be introduced soon in India
Next article
September 28 Amazon Quiz: Participate to Rs 10,000 Amazon Pay Balance