OnePlus 9, OnePlus 9 Pro, OnePlus 9R launched in India: Here are all the price and availability details 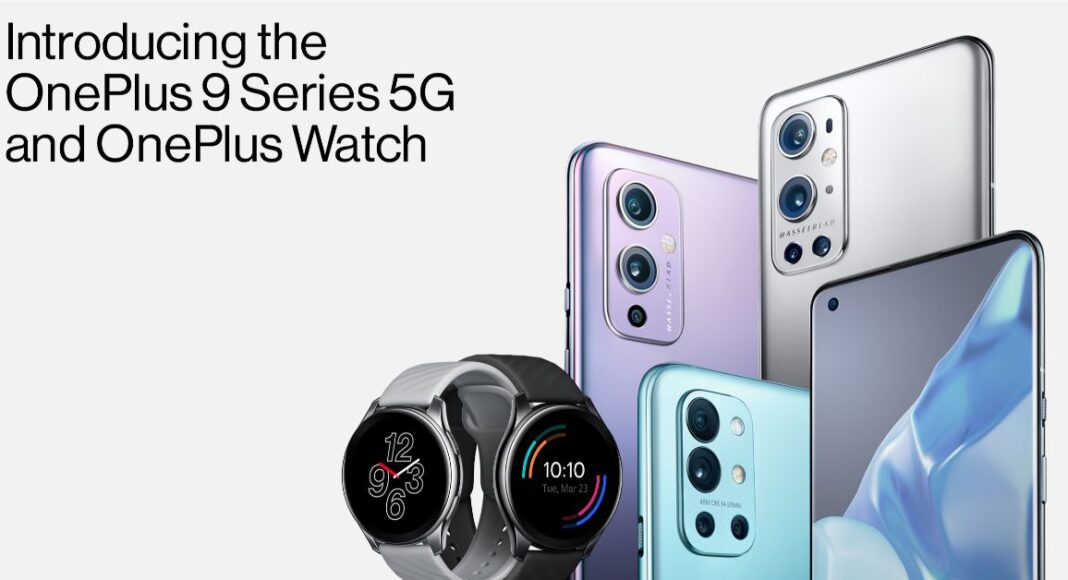 The Chinese premium smartphone company Oneplus today officially unveiled its state of the art OnePlus 9 Series in India and globally via an online launch event. The company has introduced the line up at a competitive price point, which includes the OnePlus 9, OnePlus 9 Pro and an India exclusive, the OnePlus 9R offering an almost flagship-level experience.

The gorgeous phones feature a 120Hz fluid AMOLED display and the Qualcomm Snapdragon 888 SoC. This time the company has focused on providing improved camera capabilities. For this, the company has partnered with Hasselblad to provide a Hasselblad-branded camera set up. In addition to this, the Chinese company has also launched its second wearable in the form of a smartwatch called the OnePlus Watch.

OnePlus 9 has been launched in two variants of 8GB RAM with 128GB storage and 12GB RAM with 256GB memory options. The price of the former one is priced at Rs 49,999 while the latter one comes with a price tag of Rs 54,999. This model will be offered in three colour options of Astral Black, Winter Mist, And Arctic Sky.

The elder sibling which is the Pro model will be available in 8GB RAM with 128GB storage priced at  Rs 64,999 and Rs 69,999 for the 12GB RAM with 256GB storage model. It will be offered in Stellar Black, Morning Mist, and Pine Green colour options.

This year, the OnePlus 9 series includes an India exclusive, the OnePlus 9R. This device has been introduced at a competitive price point of Rs 39,999 and Rs 43,999 for the 8GB RAM with 128GB storage and 12GB RAM with 256GB storage options respectively. This model will come in Carbon Black and Lake Blue colour options.

According to the company, the preorders are suggested to begin earlier next month.

OnePlus 9 runs Android 11 based Oxygen OS 11 out of the box. The vanilla 9 features an FHD+ 6.55-inch display AMOLED display. It supports a 120Hz refresh rate and is protected with a layering of Corning Gorilla Glass. This phone is powered by a Snapdragon 888 chipset coupled with up to 12GB LPDDR5 RAM and up to 256GB of UFS 3.1 storage. The mobile phone packs a  4,500mAh battery with 65W fast charging support.

As for the cameras, the standard variant features a Hasselblad-branded triple rear camera setup consisting of a 48MP Sony IMX689 sensor, 50MP Sony IMX766 ultra-wide sensor and a 2MP monochrome lens. On the front, there is a single 16MP Sony IMX471 sensor for taking selfies and video calling. 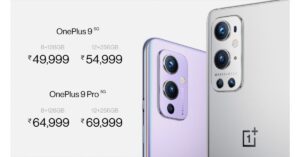 The OnePlus 9 Pro comes packed with some crazy good features. For the display, it sports a 6.7-inch QHD+ AMOLED LTPO Fluid Display 2.0 screen. According to a type of content the refresh rate adopts from 1 Hz which goes up to 120Hz. For binge-watching videos and social media experience, it has a Super Video resolution feature optimising your experience including HyperTouch for better gaming response.

The device runs  Android 11 with Oxygen OS 11and under the hood there is top of a line Qualcomm Snapdragon 888 processor offering 5G support. For smooth gameplay,  it comes with a 5-layer Gaming Grade cooling system that will keep the phone cool during long gameplay. The premium device also includes Warp Charge 65T, which is claimed to charge the OnePlus 9 Pro to 100 per cent in just 30 minutes and 100 per cent in just 43 minutes wirelessly.

In terms of camera capabilities, the phone Hasselblad-branded quad rear camera set up that includes the main camera features a 48MP Sony IMX789 sensor and a 50-megapixel Sony IMX766 ultrawide sensor. Moreover, there is an 8-megapixel telephoto lens and a 2-megapixel depth camera sensor. For taking selfies there is a 16-megapixel sensor.

This time OnePlus has improved the video capabilities of the device by offering support for 8K resolution at 30 frames per second (FPS). Over that, you can shoot a next to the professional slow-motion video at 4K at 120fps. 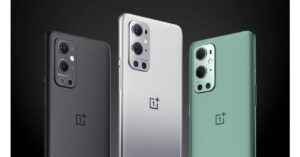 The OnePlus 9R is an India exclusive device having an OLED panel with a 120Hz refresh rate and a 240Hz touch sampling rate. It runs Android 11 with Oxygen OS 11 out of the box and is powered by Snapdragon 870 paired with up to 12GB RAM with 256GB storage. It sports a  48-megapixel  quad rear camera setup. This device packs a 4,500mAh battery with Warp Charge 65 fast charging support.

Komila Singhhttp://www.gadgetbridge.com
Komila is one of the most spirited tech writers at Gadget Bridge. Always up for a new challenge, she is an expert at dissecting technology and getting to its core. She loves to tinker with new mobile phones, tablets and headphones.
Facebook
Twitter
WhatsApp
Linkedin
ReddIt
Email
Previous article
Samsung expands its proprietary Curd Maestro technology to IoT Enabled Family Hub, SpaceMax Refrigerators
Next article
March 24 Amazon Quiz answers: Participate and win exciting prizes