The company has also listed the OnePlus Nord 2 5G on the Amazon India website to tease its availability. 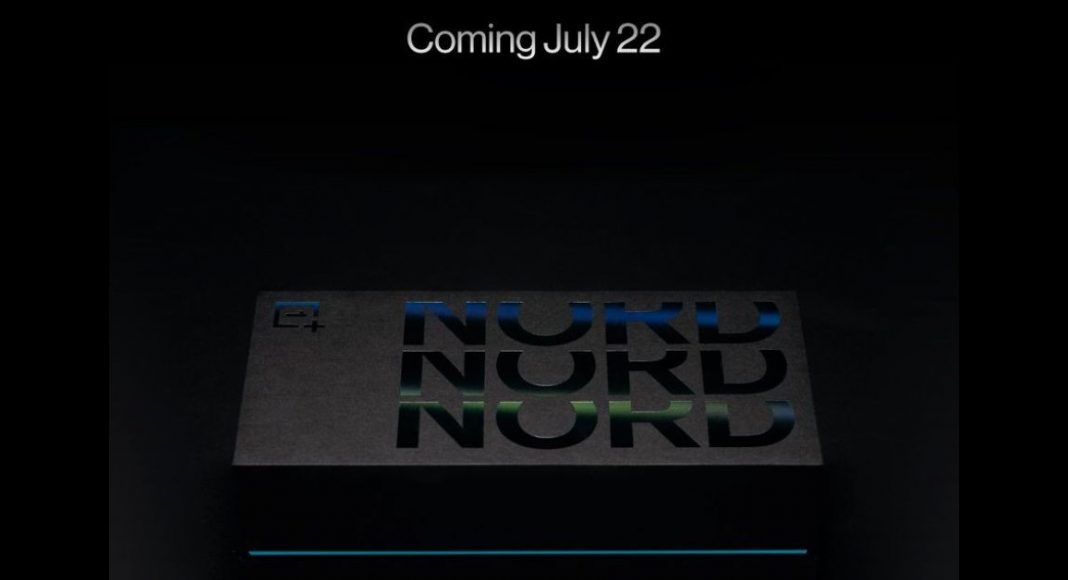 OnePlus has officially announced the launch of another Nord smartphone in India. Just like the last version, the OnePlus Nord 2 5G is going to debut in India first. The launch here is set for July 22. In addition to this, the company has also listed the device on the Amazon India website to tease its availability.

Recently, the Chinese smartphone company revealed that the OnePlus Nord will be equipped with a MediaTek Dimensity 1200-AI SoC which is specially designed for the handset offering improved AI capabilities. However, the exact launch date was not revealed but the company’s CEO Pete Lau took to Twitter to announce the arrival of the smartphone. According to his tweet, the smartphone will be making its way to the Indian market on July 22. This is going to be a second Nord device OnePlus Nord CE 5G that debuted a few weeks back in the country.

Besides launching in India the smartphone will also get launched in Europe. The forum post says, “The “Never Settle” spirit is about the constant pursuit of perfection. The first OnePlus Nord was a fantastic product, but in the year since we launched it, we have continued reviewing your feedback and working on ways to improve the user experience for the next OnePlus Nord device. The OnePlus Nord 2 5G is a comprehensive upgrade from the first OnePlus Nord, from camera to performance to charging, as well as the newly AI-focused Dimensity 1200-AI SoC. We are confident that it delivers the dependable OnePlus fast and smooth experience you love, and lives up to the “Never Settle” ethos.

Join us on July 22 as we officially introduce the OnePlus Nord 2 5G for our users in Europe and India.”

Moreover, the next generation of Nord has also been listed on Amazon ahead of the official launch. The Notify Me button has also gone live on the e-commerce platform. It should also be noted that the e-retailer will also be hosting its Amazon Prime Day Sale in India during the end week of July that is from July 26 to 27. So the OnePlus Nord 2 5G is expected to go on sale during that period only. The price point at which the device will be available will be announced at the time of the 2,000 that translates to Rs 23,000. To recall, the OnePlus Nord was made available for purchase in India at a starting price tag of Rs 24,999. So this time the handset will be cheaper than the older version.

Speaking of the specifications, the OnePlus Nord 2 5G is confirmed to be powered by MediaTek Dimensity 1200-AI SoC. Whereas the rumours suggest that the mobile phone will feature a 6.43-inch full-HD+ AMOLED display with 90Hz refresh rate support. There could be a triple rear camera set up that will be highlighted with a 50-megapixel primary sensor.

Upfront, it is said to have a 32-megapixel selfie camera. The handset is slated to come with a 4,500mAh battery and an in-display fingerprint sensor. The speculation also suggests that the phone may be offered in two different configurations of 8GB RAM with 128GB storage and 12GB RAM with 256GB of internal storage options.

Komila Singhhttp://www.gadgetbridge.com
Komila is one of the most spirited tech writers at Gadget Bridge. Always up for a new challenge, she is an expert at dissecting technology and getting to its core. She loves to tinker with new mobile phones, tablets and headphones.
Facebook
Twitter
WhatsApp
Linkedin
ReddIt
Email
Previous article
5 accessories every MacBook owner should have
Next article
9 July 2021 Amazon Quiz: Participate to win Rs 5,000 Pay Balance