OnePlus Nord 2 CE 5G renders were leaked previously on the internet. The phone has been spotted in two colour schemes grey and olive. 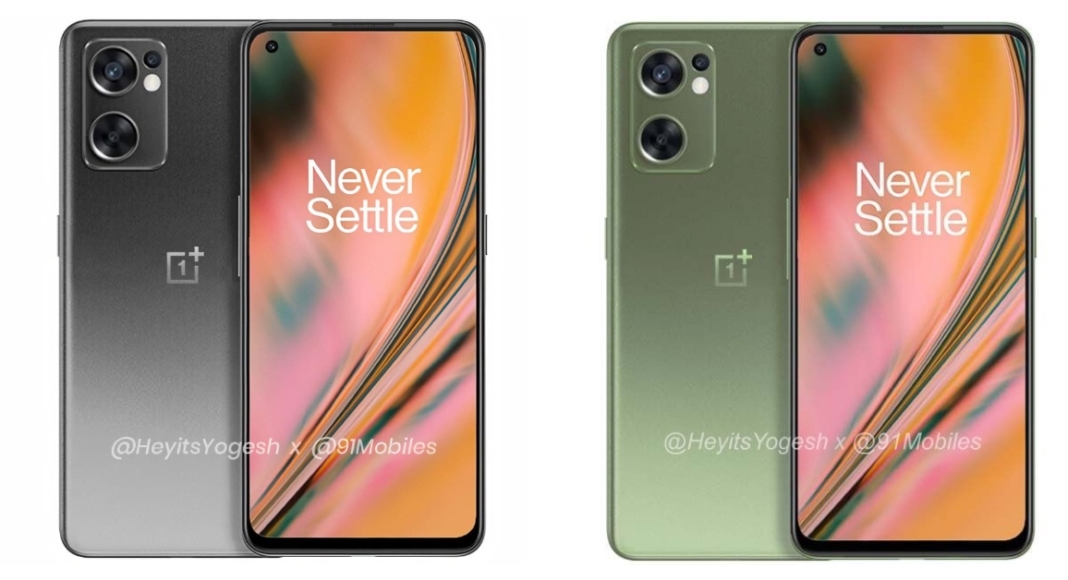 Recently the OnePlus Nord 2 CE 5G was spotted listed on the Bureau of Indian Standards (BIS) website hinting at the imminent launch in the country. Now the device is tipped to arrive in the country as soon as February 2022. Previous speculations suggested that the alleged smartphone will be launched earlier in 2022 possibly in January.

According to tipster Yogesh Brar, OnePlus Nord 2 CE is expected to get launched before February next year. His tweet reads, “Reading stories about the OnePlus Nord 2 CE launching soon as it popped on some database. Well, the stories are incorrect, the phone has been sitting on BIS for a long time now (nothing exclusive). Like I said in a detailed leak last week, it will not launch anytime before February.”

OnePlus has not yet officially confirmed the existence of the OnePlus Nord 2 CE but its appearance on the BIS website confirms that launch might take place in early 2022. The phone was spotted with model number IV2201 on the Indian regulatory site last week. The information about the smartphone’s launch in February may also be believed as the company recently confirmed the launch of its flagship OnePlus 10 Pro. The next-gen series launch is scheduled to take place in January and this could be the reason for the delay of Nord 2 CE.

OnePlus Nord 2 CE 5G renders were leaked previously on the internet. The phone has been spotted in two colour schemes grey and olive. According to the photos, the device would feature an AMOLED display with a hole punch design. The volume rocker is on the left side of the frame and the power button is on the right side. The handset’s bottom features a microphone, speaker grille, headphone jack and USB Type C port. A fingerprint sensor will also be integrated into the display. In terms of optics, the OnePlus Nord 2 will feature a triple rear camera sensor contained inside a rectangular module.

On the specifications front, OnePlus Nord 2 CE is said to run OxygenOS 12 on top of Android 12. The gadget is also likely to be powered by a MediaTek Dimensity 900 SoC with 6GB of RAM and 128GB of internal storage as well as 12GB of RAM and 256GB of internal storage. The device is rumoured to include a 6.4 inch full HD+ AMOLED display with a refresh rate of 90Hz. With a punch hole cut out for the selfie, Corning Gorilla Glass will protect both the display and the back panel. Plastic will be used for the side frames.

A triple camera arrangement on the rear of the smartphone has a 64MP primary OmniVision sensor, an 8MP ultra-wide lens and a 2MP macro lens. On the front, there is a 16MP camera for selfies and video calls. It features a battery capacity of 4,500mAH and enables 65W rapid charging.

The OnePlus Nord 2 CE 5G is rumoured to include three card slots for SIM and microSD cards. The addition of the triple card slot is an improvement over the previous model because the OnePlus Nord CE lacks a MicroSD card slot. Also, the phone is likely to be lacking the alert slider, which may disappoint some.

Komila Singhhttp://www.gadgetbridge.com
Komila is one of the most spirited tech writers at Gadget Bridge. Always up for a new challenge, she is an expert at dissecting technology and getting to its core. She loves to tinker with new mobile phones, tablets and headphones.
Facebook
Twitter
WhatsApp
Linkedin
ReddIt
Email
Previous articleKrafton to enforce permanent Battlegrounds Mobile India device ban from today to prevent cheating
Next articleLooking to buy an iPhone 13? Now get it for as low as Rs 61,000 during Apple Days Sale, deals on other Apple products too