OnePlus Nord CE 5G is the second smartphone to launch in India after the first generation of Nord. And finally, here we are with the long term review of OnePlus Nord CE 5G. We have been testing the phone for quite a long time now so we wanted to share our honest opinions and whether it’s worth paying for. The device is a cheaper variant of Nord from last year and it comes with 5G connectivity at a lesser price, which starts at Rs 22,999 in India for the base variant.

So let’s get started with the design of One Plus Nord CE 5G first. The look of the phone is pretty basic; it comes with a lightweight build with curved edges. As for the colours, you can choose from three hue options Blue Void, Silver ray and Charcoal Ink. The Blue Void variant, which we have has a matte finish that makes it resistant to fingerprint and smudges. Thankfully our unit also didn’t suffer any scratches so we didn’t feel the need for Gorilla Glass protection. 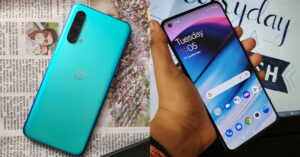 The hands-on feel of the device is quite good having a nice grip and is much wider. Instead of metal forming it has got a plastic one, but sadly the OnePlus’s signature alert slider is missing here. Despite this, there is a single power button on the right side and a volume rocker and SIM card slot on either side. Also, there is an arrangement for the microSD card slot.

We are glad that the company has not skipped the 3.5mm headphone jack, unlike the alert slider. Notably, the headphone jack was missing in the previous generation of Nord, but as said we are happy to have it here. The bottom part also includes a USB Type-C port and loudspeaker. 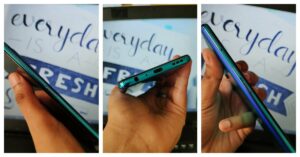 On the front, the OnePlus Nord CE 5G features a 6.43-inch Fluid AMOLED display with full HD+ resolution. It comes with a 90Hz refresh rate support. There is an in-display fingerprint scanner and the display comes with the cheaper Asahi Dragontrail glass protection instead of Gorilla Glass display protection.

We have zero complaints about the display, it has nice punchy colours and gets fairly bright as well. But speaking of the outdoor visibility, the phone disappointed us. The outdoor brightness is so low that you will hardly be able to read text or emails on your phone. 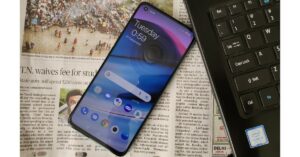 The in-display fingerprint sensor is fast plus accurate while the touch response is impressive, too. Watching movies is good but listening to music during the usage period has not been really great as the device lacks stereo speakers. It lacks bass and the single loudspeaker is not very loud. But (as said) the good thing is that the company has provided a 3.5mm headphone jack, so you can use a pair of headphones for better sound. During our usage, we did not feel any lag as the company has optimised the display really well.

The unit which we have for the review is the 12GB RAM variant. In this phone, it offers only one 5G band. Besides support for Bluetooth 5.1, dual-band WiFi and NFC the device also supports 6 satellite navigation systems. 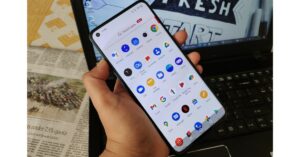 Performance-wise, OnePlus Nord CE UI jitters a little sometimes. In our opinion, the UI is not well optimised and needs a bit of work. This was seen when switching between applications on the phone. Thankfully we did not come across any lag, hang or app crash. The jittering issue is only faced when the phone is accessed at a 90Hz refresh rate, 60Hz it is much better.

When it comes to gaming, Nord CE 5G performance is exceptional. Games like Call of Duty are playable at 60fps at very high graphics and frame rates. Software is taken care of by OxygenOS 11, which is based on Android 11. There were no complaints while scrolling through Instagram feeds and Twitter too. The dark mode is well implemented all across the theme.

Compared to Xiaomi phones you will get a clean UI and there is only a Netflix app that can be removed if the user wants so very less bloatware. OnePlus’s software support and updates is the biggest USP in the OnePlus Nord CE, which is why we would always prefer OnePlus phones over other Chinese brands. Also, you get an ad-free experience in it.

Moving to the cameras, OnePlus Nord CE 5G sports a triple rear camera set up, which is housed inside a pill-shaped camera module. It consists of a 64-megapixel OmniVision primary camera sensor, an 8-megapixel ultra-wide camera with 119 degrees of FoV and a 2-megapixel depth sensor. Upfront, there is a 16-megapixel camera sensor for taking selfies and video calling. 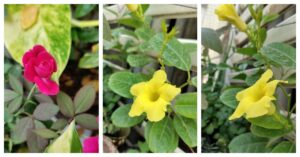 Landscape images taken during the day are laden with natural colours, however, in certain conditions we felt that a bit more saturation could have done wonders. Photos captured from the wide-angle lens have good details but there is a noticeable change in the colour when compared to the shots taken from the OmniVision sensor, which are comparatively more saturated. Dynamic range is compromised in some areas but the images are not bad either. 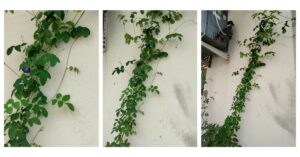 The portrait sensor did a pretty decent job by retaining natural skin tone, contrast level as well as bokeh. In some situations, we noticed the subject and background separation looks kind of weird. However, this is just a random occurrence. When the portrait shots are compared with competitors the camera processing is better here as it processes the shadow area more accurately.

The Nord CE 5G struggles in low light scenarios as the images are grainy and lack details. Turning on the night mode does help but its image quality will not be satisfactory at all, as it makes the images look a bit unnatural. Again, this is something we would like to see an update on in future rollouts. 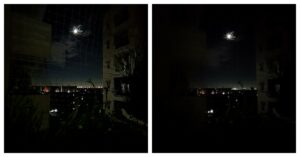 On the other side, the selfie camera is decent but not great. You do end up getting pleasing images (7/10 times) during the day with enough details and good background exposure. In terms of portraits, for the most part, the edge detection looks fairly ok but the quality dips under low light situations. 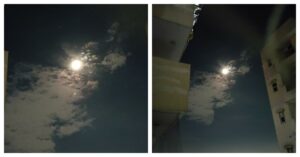 The phone allows you to record videos in 4K @ 30fps. These are fairly stable with a good amount of details and contrast throughout. Video recording at [email protected]/30fps is not that stable; there is a noticeable wobble.

The ultrawide sensor allows videos in [email protected], which lack details and are extremely trembly. Furthermore, the front camera is limited to [email protected]/30fps resolution which could have been better.

Getting to the battery life the 4,500mAh battery gave us a good one day of battery life when heavily used. The battery is supported with a  65-watt fast charging, which was also provided on the original Nord. But OnePlus provides a Warp Charge 30T Plus charger. It takes from empty to 100 percent charge in about one hour or more. Also, we don’t get to see the wireless charging option.

There is nothing spectacular about the cameras on the OnePlus Nord CE 5G but we did enjoy our time with them. We thoroughly enjoyed using the smartphone and we have very few complaints about the phone, overall. But for the price it comes in, we don’t think it is the best value for money. If you can spend a little bit more, get the OnePlus Nord 2 (as that is a better bet). But if you are a bit tight on the budget and are looking for a dedicated gaming phone with a decent camera set up, bright display, clean OS and fast charging, this phone will serve you well.