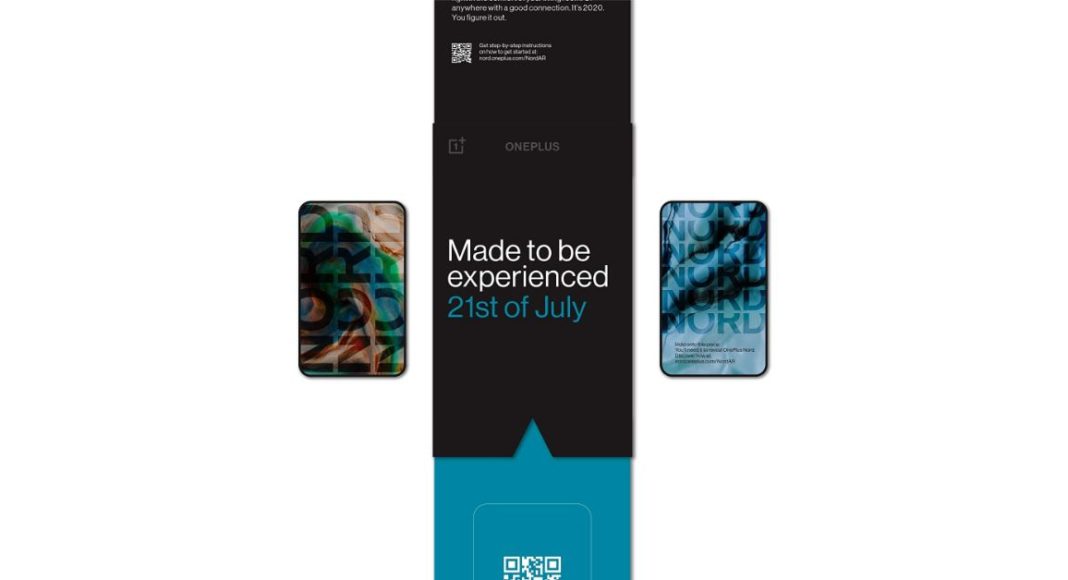 Last week OnePlus confirmed an AR lunch event for its upcoming affordable smartphone, OnePlus Nord, in India. The launch is set for July 21 while the pre-booking to kick off on July 15 via Amazon India website. In a new development, the company has now started selling the launch invites just prior to the launch of the new device.

According to OnePlus Nord’s dedicated microsite created on the Amazon India website, the OnePlus Nord launch invites are available for purchase in India. Those interested can purchase the invites to be able to experience the new OnePlus phone in augmented reality (AR). The launch invite has been priced at Rs 99. After purchasing it the customers have to download the OnePlus Nord AR app for Android and iOS devices via  Apple App Store or Google Play to join the virtual launch. As said earlier you will be getting an AR hands-on experience on the device you will be using to watch the launch event.

According to the company at the launch, invite carries a QR code that the user needs to scan it on the AR app in order to enter the virtual launch event. For this on-screen instruction can also be followed. In addition to this, the company will also be hosting a Launch Day Lottery on Amazon for the invitees of the OnePlus Nord launch assuring them a free gift.

To recall the OnePlus Nord AR launch event will begin at 7.30 PM IST on July 21. While the pre-orders of the device will open on July 15 via Amazon.in. To pre-book OnePlus Nord consumers have to pay an amount of Rs 499. For this amount, you are getting a gift box containing limited-edition merchandise from OnePlus.

A throwback picture? Not quite. A sign of what's next in line? Maybe 🤔 pic.twitter.com/KmwgSngwGE

While the OnePlus upcoming earbuds are tipped to be listed in the subscription section of Amazon India, therefore, indicating the launch soon.

Komila Singhhttp://www.gadgetbridge.com
Komila is one of the most spirited tech writers at Gadget Bridge. Always up for a new challenge, she is an expert at dissecting technology and getting to its core. She loves to tinker with new mobile phones, tablets and headphones.
Facebook
Twitter
WhatsApp
Linkedin
ReddIt
Email
Previous articleSamsung Galaxy Z Flip 5G promo video lands on the internet, displaying the foldable phone from all sides
Next articleGoogle for India 2020 virtual event to set to be live-streamed today: How to watch the event live