The smartphone is scheduled to launch in India on June 10 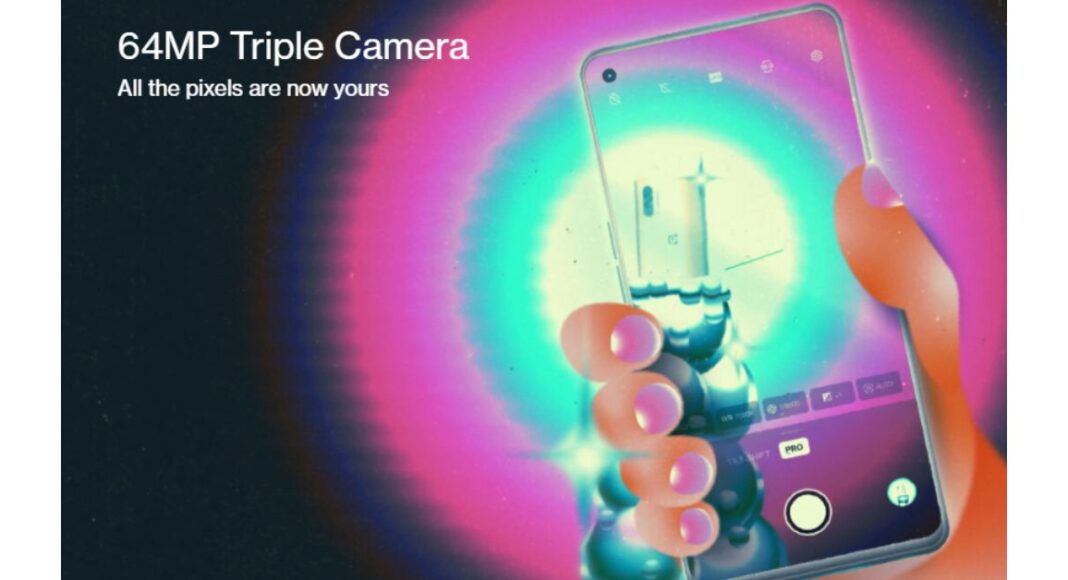 OnePlus Nord CE 5G is set to launch in India next week. And to create hype among its fans the company is gradually teasing the key specs of its upcoming smartphone. In a new development, the company has now revealed the camera details of the Nord CE 5G whereas the company’s event page also mentions that the rest of the features will be revealed on June 8.

Since the announcement of the launch date of the OnePlus Nord CE 5G for India, the company has been showcasing its key details through new teasers. Just a week ahead of the official launch the company has confirmed the phone will come with a 64-megapixel primary camera sensor which is an upgrade over its predecessor that features a 48-megapixel main sensor on its back.

Prior to the latest reveal the company has teased that the OnePlus Nord CE 5G would be 7.9mm thick and come with a 3.5mm headphone jack. The previous teaser also showed a USB Type-C port and microphone too. Before this, the company also revealed that the rear of the smartphone will have a vertically placed pill-shaped camera module.

Besides this, Amazon is the company’s exclusive sales partner and has accidentally also leaked some other details. The device was slated to be available in a Charcoal Ink colour option. In addition to this, it will come in 8GB RAM and 128GB of storage.

Over the official reveals and teasers, the OnePlus Nord CE 5G is expected to feature a 6.43-inch full-HD+ AMOLED display with a 90Hz refresh rate. It is likely to be powered by a Qualcomm Snapdragon 750G SoC paired with up to 8GB of RAM and 128GB of storage. The rest of the sensors from the triple rear camera set is rumoured to include an 8-megapixel ultra-wide camera and a 2-megapixel depth sensor. There might also be a  16-megapixel selfie camera sensor at the front.

Moreover, the device is likely to be backed by a 4,500mAh battery with a Warp Charge 30T fast charging support.

Komila Singhhttp://www.gadgetbridge.com
Komila is one of the most spirited tech writers at Gadget Bridge. Always up for a new challenge, she is an expert at dissecting technology and getting to its core. She loves to tinker with new mobile phones, tablets and headphones.
Facebook
Twitter
WhatsApp
Linkedin
ReddIt
Email
Previous article
June 5 Flipkart Daily Trivia Quiz Answers: Answer to win exciting prizes
Next article
OnePlus TV U series specifications leaked ahead of the launch, to come in three sizes with 4K resolution