OnePlus Nord confirmed to launch on July 21, pre-bookings kicks off on July 15

OnePlus Nord confirmed to launch on July 21, pre-bookings kicks off on July 15 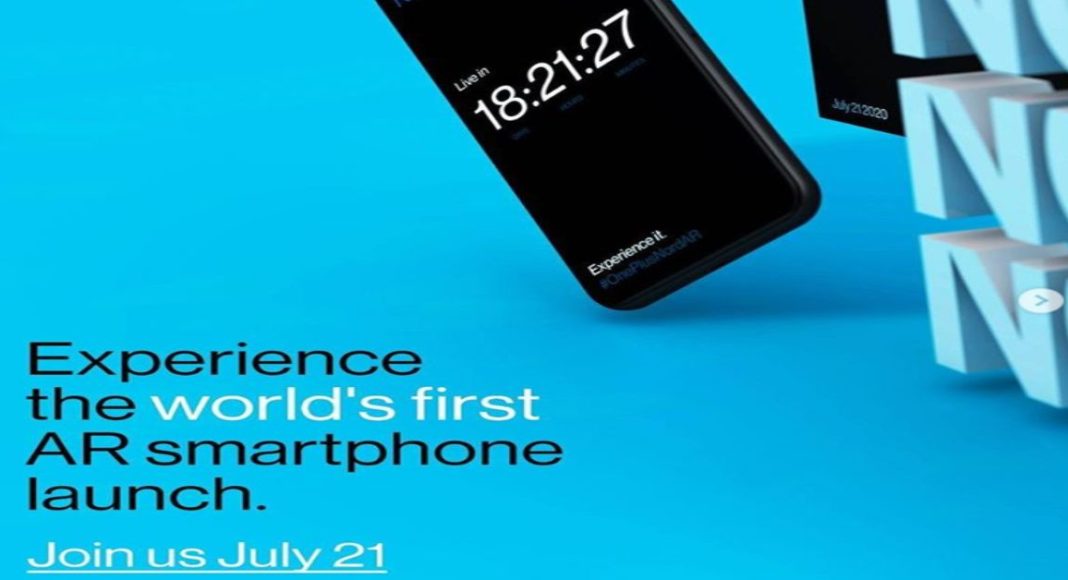 On Monday OnePlus accidentally leaked the AR launch invite for its upcoming affordable smartphone in India which was taken down after it was noted down by some of the publishers.  But the company officially confirmed the launch of OnePlus Nord set for July 21. According to the company, the India pre-orders of the phone is going to open on July 15 via e-commerce website Amazon.

According to the company’s official website, OnePlus Nord is going to launch in India on July 21. The launch event is going to take place via the world’s first AR smartphone launch instead of an in-person launch event that is going to begin at 7:30 pm IST. For this, the interested ones can download the OnePlus Nord AR app via Google Play Store and App Store for the Android and iOS users respectively.

In a statement Paul Yu, Co-Founder of OnePlus said that “OnePlus Nord represents a new beginning for OnePlus, giving us an opportunity to share our technology with more people around the world. For this launch, we want everyone to sit back, relax, and experience our new phone for the first time right in the comfort of their living room. We feel that introducing Nord in a more personal and intimate way perfectly reflects our ambition to make the OnePlus experience more accessible to users,”

As per the teasers, the pre-orders of the device will open on July 15 via Amazon.in. In order to pre-book the consumers need to pay an amount of Rs 499. For this pre-booking amount, the buyers will be getting a gift box containing limited-edition merchandise from OnePlus. According to the company, if the buyers complete their purchases by August 31, they are eligible to receive another gift box comprising OnePlus Bullets Wireless V1 headphones along with OnePlus Nord phone cover.

To recall in the first episode of its documentary New Beginnings the company’s CEO Pete Lau revealed that the device is going to come under $500 that translates to Rs 37,700 according to Indian currency. Therefore, suggesting that the device will be cost-effective than its latest OnePlus 8 series. He said, “OnePlus Nord will be our first product below $500 in recent years.” He further revealed that the device is going to come with a triple rear camera set up and a dual front camera set up. India and Europe will be the first market to receive the device.

Nord is confirmed to be powered by Qualcomm Snapdragon 756 SoC, a dual selfie camera that is speculated to be consisting of a 32-megapixel main sensor and an 8-megapixel sensor inside a hole-punch design 6.55-inch Super AMOLED display along with triple rear cameras.

Komila Singhhttp://www.gadgetbridge.com
Komila is one of the most spirited tech writers at Gadget Bridge. Always up for a new challenge, she is an expert at dissecting technology and getting to its core. She loves to tinker with new mobile phones, tablets and headphones.
Facebook
Twitter
WhatsApp
Linkedin
ReddIt
Email
Previous article
Confirmed: Samsung Galaxy Unpacked 2020 will happen on August 5, Galaxy Note 20 series will launch
Next article
Moto G 5G Plus with quad rear cameras launched: Pricing and Specifications