HomeMobilesOnePlus Nord officially announced by the company, will be available for pre-orders...

OnePlus Nord officially announced by the company, will be available for pre-orders via Amazon at 2 PM onwards today

Only 100 units of the Nord will be available for Pre-orders, and it is teased to be under $500 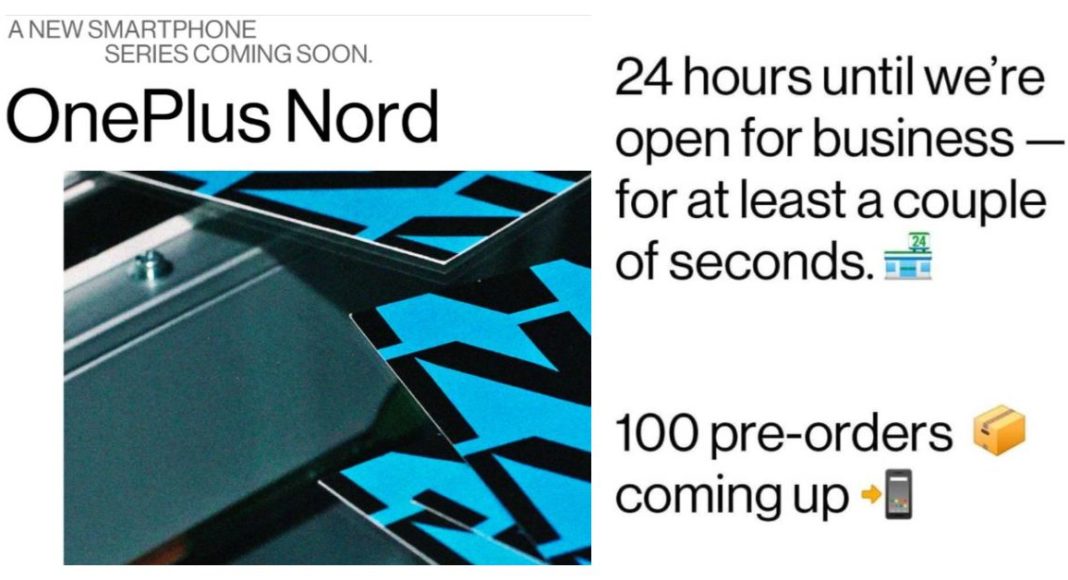 Yes, its OnePlus Nord, the company has officially announced the name of its upcoming budget smartphone by teasing the smartphone on the e-commerce website Amazon. The device will be up for pre-order today via both Amazon India and OnePlus.in. Also, the company yesterday shared the first episode of the ‘New Beginnings’.

OnePlus has finally announced its first affordable smartphone, OnePlus Nord, in India as well as Europe. The company will be making the phone available in the market soon this month. The company on its Instagram account released the first episode of its documentary New Beginnings where the company’s Founder and CEO Pete Lau revealed that the device is going to come under $500 that translates to Rs 37,700 according to Indian currency. This means OnePlus Nord will be knowingly economical than its latest OnePlus 8 series.

CEO Pete Lau revealed that OnePlus Nord will be our first product below $500 in recent years. According to him, this is a massive challenge for the whole team. In the episode, it was further revealed that the device is going to come with a triple rear camera set up and a dual front camera set up. India and Europe will be the first market to receive the device. In a statement released by the company, it mentioned that besides these two countries the handset will be available in other select markets including the US.

Lau further added, “We are immensely proud of our flagship products and will continue to create more tech-leading flagships for our users. Now we are excited to share the OnePlus experience with even more users around the world through this new product line,” 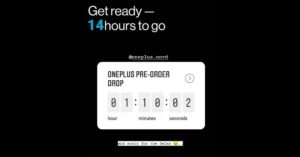 In addition to this, the company has also shared the pre-order details of OnePlus Nord in its Instagram stories the device will be up for pre-order for a limited period of time of 24 hours only. According to the company, only 100 units of the smartphone will be available for pre-bookings. So the pre-bookings will begin at 2 PM today.

The previous rumours suggest that OnePlus Nord is expected to features a dual selfie camera consisting of a 32-megapixel main sensor and an 8-megapixel sensor. In addition to this, it is most likely to come with a hole punch design 6.55-inch Super AMOLED display along with triple rear cameras. The mobile phone is said to be powered by Qualcomm Snapdragon 765G processor paired with 12GB of RAM

Komila Singhhttp://www.gadgetbridge.com
Komila is a one of the most spirited tech writers at Gadget Bridge. Always up for a new challenge, she is an expert at dissecting technology and getting to its core. She loves to tinker with new mobile phones, tablets and headphones.
Facebook
Twitter
WhatsApp
Linkedin
ReddIt
Email
Previous articlePUBG Mobile 0.19.0 update: Here is what PUBG’s upcoming Livik map is going to bring on July 7
Next articleSamsung Galaxy S20+ 5G BTS Edition, Galaxy Buds+ BTS Edition and Cloud White colour variant of the Galaxy S20 Ultra launched in India

Komila Singh - May 14, 2021 0
In order to ensure that its users always stay connected Reliance Jio is now offering up to 300 free minutes of outgoing calls per...