Here is how to book OnePlus Nord via Amazon 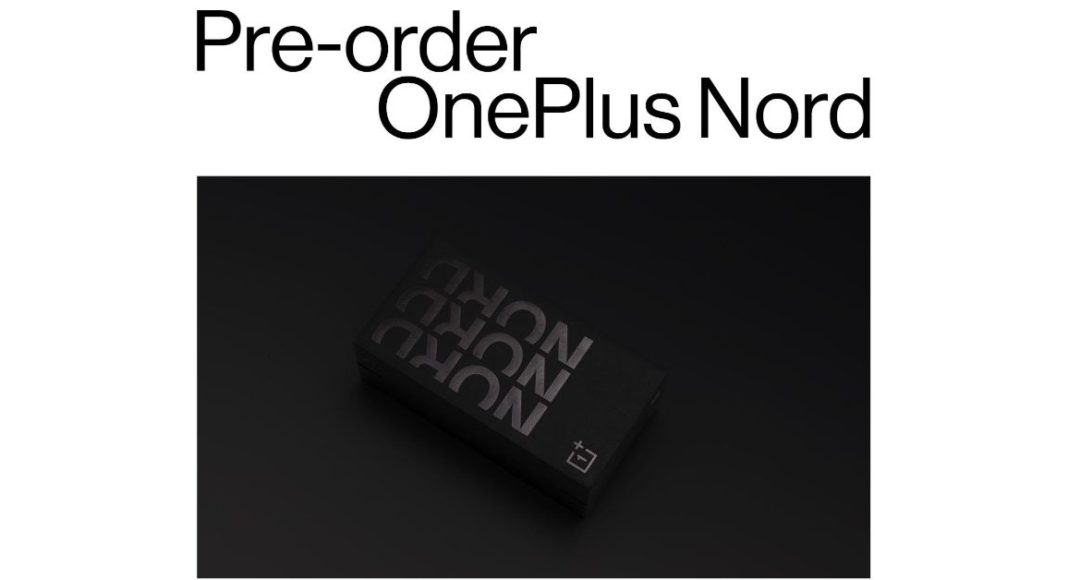 Today the Chinese smartphone company OnePlus has opened the pre-bookings for its upcoming mid-range device in India. Yes, OnePlus Nord pre-orders are opening today at 1.30 PM via Amazon India website. However, the device is scheduled to launch on July 21 but the company will start taking its pre-orders. Prior to its launch, the smartphone is already treading as this is the company’s comeback device to the mid-range segment. To create more hype the company has also been teasing the features of the handset across all its social media platforms. Even the company’s co-founder has also revealed the design aspects of Nord during an interview. On this, we talk later but first, have a look at the pre-order details.

How to pre-book OnePlus Nord in India

OnePlus Nord pre-bookings will be opening today and will be exclusively available via e-commerce website Amazon till the stock lasts. For this head to Amazon India website and visit the OnePlus Nord microsite. Those interested can easily book the device by depositing Rs 499. According to the company as a part of the pre-order process, you can claim gifts worth up to Rs 5,000. While the pre-order of Rs 499 gives you access to 2 gift boxes. Box 1 with OnePlus merchandise and box 2 with accessories and special gifts. If you’ve pre-ordered and you complete the purchase of your device by 31st August, you are entitled to receive a second surprise gift box. Also, don’t forget to hit the notify me button on Amazon.in.

According to an interview with a YouTuber Marques Brownlee, OnePlus co-founder, Carl Pei revealed the design of the OnePlus Nord. He revealed that the device will be available in two colour options and carry no IP rating. The grey colour variant was revealed in one of the teaser videos but in the interview, the device was shown flaunting its rear panel and the images were too shared across all the social media platforms. The OnePlus Nord will be featuring curved edges and a pill-shaped camera module has also been shifted from centre to the top left corner. While the front revealed the dual selfie camera. According to the company, one of the cameras will be a wide-angle lens with 105-degrees of field of view. At the bottom of the smartphone, a USB Type-C port and a speaker grille is shown with a noticeable chin with thick bezels.

Komila Singhhttp://www.gadgetbridge.com
Komila is one of the most spirited tech writers at Gadget Bridge. Always up for a new challenge, she is an expert at dissecting technology and getting to its core. She loves to tinker with new mobile phones, tablets and headphones.
Facebook
Twitter
WhatsApp
Linkedin
ReddIt
Email
Previous article
Airtel launched Verizon-owned BlueJeans in India to take on JioMeets: It still has a long way to go
Next article
COVID-19 crisis: Google collaborates with CBSE to train over 1 million teachers in India to deliver blended learning.