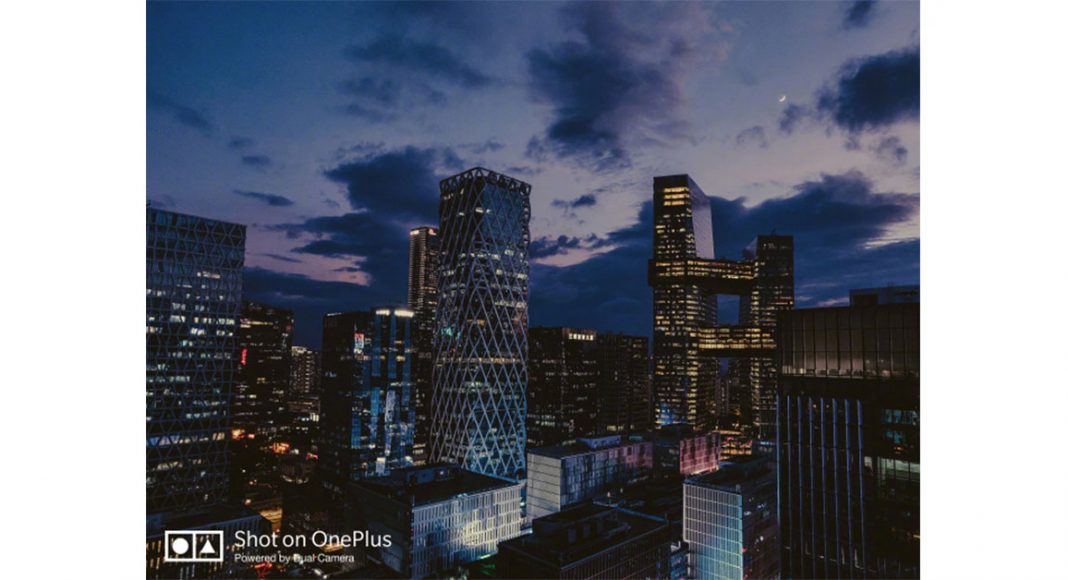 The launch of OnePlus 6T is right around the corner. The world seems to be super excited as to what the Chinese major will bring to the table, next. We already know couple of things that are in the new smartphone by OnePlus, which have been doing the rounds. These include a water drop design, Qualcomm 845 chipset, 8 GB RAM and 256 GB storage. Twin rear cameras will also be part of the package. To which Pete Lau, the CEO of OnePlus, has teased a photo shot using OnePlus 6T during the night.

If this is the real deal, then consumers who want to purchase the new smartphone are in for a treat. The photograph seems to be a shot during the evening and one can clearly see the moon in the background. Not bad for a night shot. Our money is on the use of Tripod with the shot. The detailing of the buildings in low light conditions is excellent. The watermark on the photo does suggest that there are indeed two cameras on the OnePlus 6T. One should have the normal lens and the secondary one will be a wide angle camera. Hopefully, we would get to see the same nice Bokeh effect from the two lenses on this mobile.

The launch event is slated to be held on 29th of October. Before, it was going to be held on 30th October, but since Apple also announced its event on the same day, OnePlus preponed the launch of OnePlus 6T. The event will be held simultaneously in New York and New Delhi, where Carl Pei (Co-founder of OnePlus) will be present (as told by sources close to Gadget Bridge). Stay tuned as we will be bringing you more updates before and from the event in a week’s time.