Oppo A54 with 5,000mAh battery to launch in India today: Expected pricing and specifications 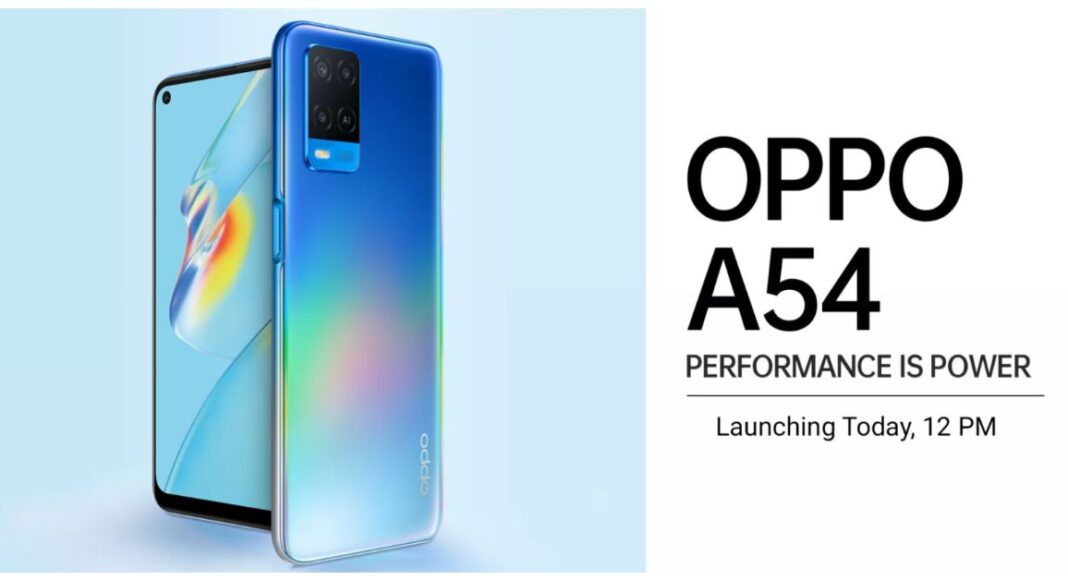 Oppo is all set to launch its new smartphone in India today. The company has scheduled to launch Oppo A54 in the country. The biggest USP of the phone is that it comes with a 5,000mAh battery with fast charging support. This smartphone also features a triple rear camera setup and is powered by MediaTek Helio P35 SoC. Just ahead of the launch the company also created a microsite for the device and the pricing of the phone was also tipped by a tipster recently.

As per Flipkart’s listing, Oppo A54 will launch on April 19 from 12 noon onwards. The smartphone will be available via the e-commerce website only.

To recall, prior to its launch in India the smartphone has made its debut in the Indonesian market in a single 4GB RAM with 128GB storage option. There it retails at IDR 2,695,000 that translates to Rs 13,600 and is being offered in two colour options of  Crystal Black and Starry Blue.

In terms of imaging, Oppo A54 comes with a triple rear camera setup that includes a 13-megapixel primary sensor. In addition to this, it also includes a 2-megapixel macro lens and another 2-megapixel depth sensor for portraits. On the front, it is going to sport a 16-megapixel sensor for taking selfies and video calling.

Komila Singhhttp://www.gadgetbridge.com
Komila is one of the most spirited tech writers at Gadget Bridge. Always up for a new challenge, she is an expert at dissecting technology and getting to its core. She loves to tinker with new mobile phones, tablets and headphones.
Facebook
Twitter
WhatsApp
Linkedin
ReddIt
Email
Previous articleCharles Geschke, the co-founder of Adobe, has passed away at 81: Contributions to Technology & Innovation
Next articleInfinix Note 10 Pro may launch soon with a 5 camera setup