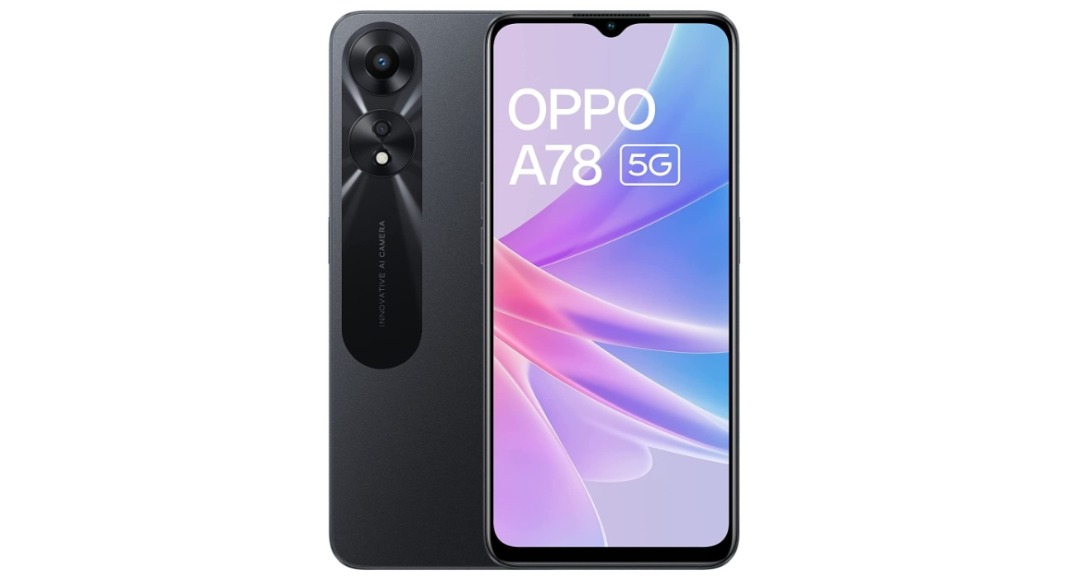 Oppo has expanded its A-series portfolio with the launch of Oppo A78 5G in India. The smartphone is powered by MediaTek Helio 700 SoC. The device features a dual rear camera setup. In addition to this, there is a 5,000mAh battery on board which supports 33W SuperVOOC fast charging.

Oppo A78 5G price in India and availability details

The new Oppo A78 5G is available in single 8GB RAM with 128GB storage option and costs Rs 18,999 in India. The device comes in two colour options of Glowing Black and Glowing Blue. It will be available for purchase beginning January 18 through Oppo’s online store, Amazon, and other significant retail locations. 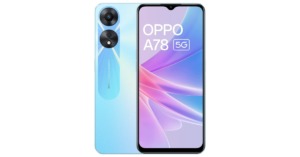 From ICICI, SBI, BOB, IDFC, ONECARD, and AU FINANCE banks, customers can receive up to 10% Cashback and six months of NCEMI. The sale incentives can be availed via Amazon. Options for no-cost EMIs begin at Rs 3,167. According to Oppo, exchange discounts are also available but are restricted at Rs 18,049.

A 6.56-inch HD+ IPS LCD screen with a resolution of 720×1,1612 pixels is featured on the Oppo A78 5G. The screen also offers a 269ppi pixel density, a 90Hz refresh rate, and an 89.8 screen-to-body ratio. The phone is equipped with a 7nm MediaTek Dimensity 700 SoC, 8GB of LPDDR4X RAM, and runs ColorOS 13 on top of Android 13. Utilising unused storage, the available memory can be stretched up to 12GB. The device has a dedicated microSD card slot and 128GB of UFS 2.2 storage that can be upgraded to 1 TB.

The smartphone’s Super Night Standby algorithm assesses users’ sleeping habits to reduce power usage to just 2% at night. Additionally, a user can switch on its Superpower Saving mode when the battery is running low to save energy for emergencies.

The phone has features like Flex Drop, which allows for effective multitasking, Three-Finger Translation with Google Lens, and Photo Information Protection, which enables users to remove photo and video metadata to stop the leak of sensitive information.

Along with a face unlock function, it has an in-display fingerprint sensor for biometrics. There are several sensors onboard, including an accelerometer, a pedometer, an ambient light sensor, a gravity sensor, a geomagnetic sensor, and a proximity sensor. Wi-Fi 5, Bluetooth 5.3, a 3.5mm audio connector, a USB Type-C port, GPS, A-GPS, BeiDou, GLONASS, Galileo, QZSS, and OTG are among the Oppo A78 5G’s connectivity choices.

A 5,000mAh battery that is fully charged in around 60 minutes that supports 33W SuperVOOC fast charging powers the Oppo A78 5G. According to the company, the battery lasts for up to 23 hours. All Indian service providers, including Jio, Vodafone, and Airtel, are compatible with the new handset.

Komila Singhhttp://www.gadgetbridge.com
Komila is one of the most spirited tech writers at Gadget Bridge. Always up for a new challenge, she is an expert at dissecting technology and getting to its core. She loves to tinker with new mobile phones, tablets and headphones.
Facebook
Twitter
WhatsApp
Linkedin
ReddIt
Email
Previous article
How to add background audio to WhatsApp Status (2023)
Next article
Our picks: Top 7 Alexa Sleep and Relaxation sounds and skills for everyday use