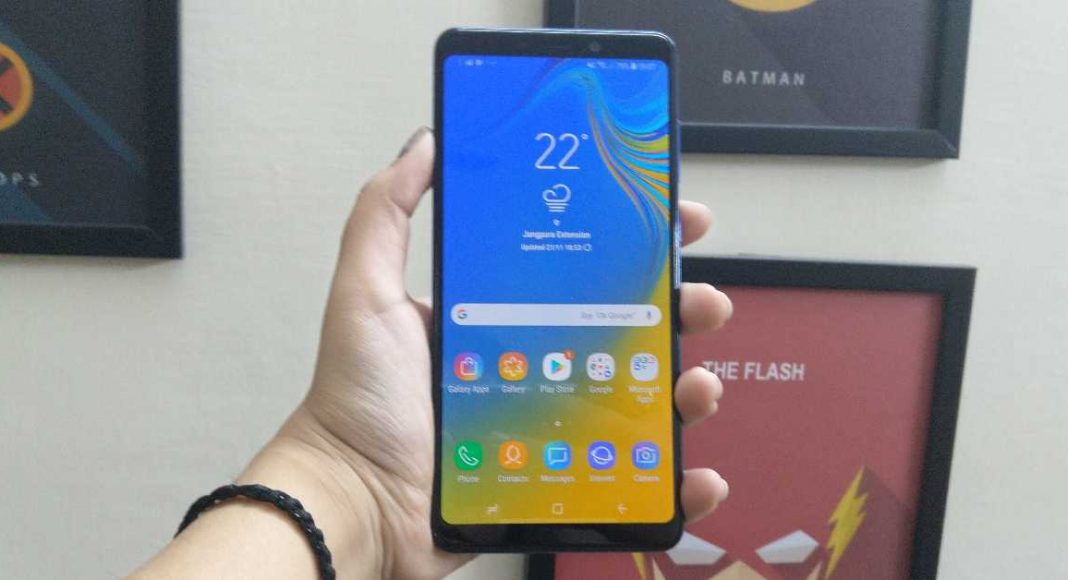 South Korean technology giant Samsung has started catching up with various trends of the smartphone industry and at the same time, it has started setting trends too. For instance, it launched Samsung Galaxy A9 (2018) last year, which is the world’s first smartphone to come with a quadruple rear camera setup. This was followed by the launch of Samsung Galaxy A8s, which is the first ever smartphone to sport a punch-hole display to house the selfie camera.

However, until now, the company does not have a smartphone that comes with an in-display fingerprint scanner and all prior reports said that the feature will be seen on Samsung Galaxy S10 mobile. And now, a new report has emerged that says the on-screen fingerprint sensor will be seen on Galaxy A-series devices too.

According to a report in Korea-based ET News, the technology giant will be launching three Galaxy A-series smartphones this year that will sport an in-display fingerprint scanner. The three smartphones are said to be the Samsung Galaxy A90, Galaxy A70, and Galaxy A50. From just their names, Samsung Galaxy A90 seems to be the most powerful of the three.

The source quoted by ET News says that Samsung has already got suppliers onboard for the sensor and modules and it plans to launch the smartphones in Q2 2019. It has also been reported that Aegis Technology will be manufacturing the sensor module of the new devices by Samsung and that the in-display fingerprint scanners will be optical in nature and not ultrasonic. We should mention that the on-screen fingerprint sensors being used in Samsung Galaxy S10 models are reportedly ultrasonic.

The report further goes on to tell that the mass production will be handled by Partron and Mcnex.

Samsung has not only planned the launches of Galaxy A90, Galaxy A70, and Galaxy A50 smartphones in 2019. It has been reported that the company plans to launch six other smartphones during the year. Among all the smartphones that will be launched, Galaxy A-series devices will sport multiple rear cameras and some of them will feature Time of Flight (ToF) 3D sensors.

The South Korean technology giant has plans to grow its market share in the mid-range category of smartphones. So, the company’s strategy involves offering flagship features at an affordable price.

Avani Baggahttp://www.gadgetbridge.com
Avani has an immense love for reading, travelling and food, but not necessarily in the same order. Avani almost started pursuing law, but life had other (better) plans for her and she chose to be a writer instead (luckily!) She previously covered technology at Times Internet and wrote about smartphones, mobile apps and tech startups. When she’s not writing, you’ll be able to find her in book stores or catching up on her social life.
Facebook
Twitter
WhatsApp
Linkedin
ReddIt
Email
Previous article
Apple’s COO claims that Qualcomm refused to provide chips for 2018 iPhones
Next article
OnePlus is taking over Apple’s spotlight in India