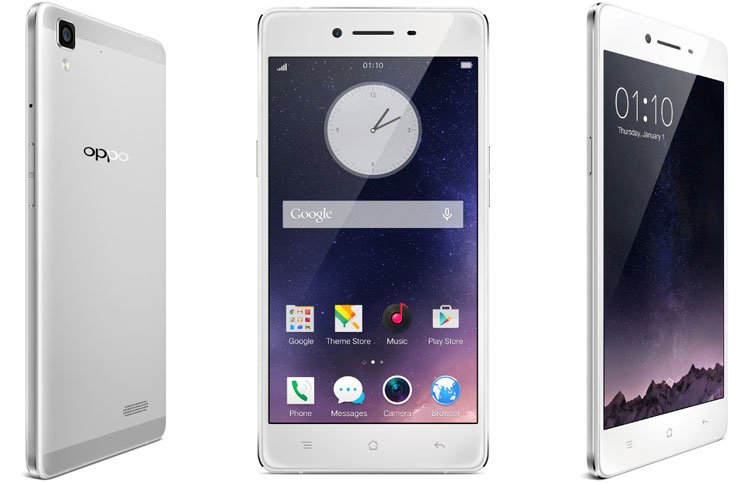 The Chinese smartphone manufacturer Oppo has expanded its R series of smartphones. The company has introduced Oppo R7s at the GITEX 2015 in Dubai. The manufacturer has not yet revealed the pricing and availability details of the handset but it will be available in Golden and Silver colour options.

Talking about the specifications, the Oppo R7s flaunts a 5.5-inch Full HD AMOLED display with 1080×1920 pixels resolution protected by Corning Gorilla Glass 4 on top. The mobile phone is powered by a 1.5GHz Octa-core Qualcomm Snapdragon 615 processor paired with 4GB of RAM. The on-board storage of the smartphone accounts to 32GB which can be expanded further using a microSD card.

The handset comes with dual hybrid SIM support and runs on Android 5.1 Lollipop operating system topped with the Color OS of the company. The device comes equipped with a 13.0-megapixel rear camera with LED flash and an 8.0-megapixel front facing camera for clicking selfies. The connectivity attributes of the smartphone include 4G, LTE, 3G, WiFi, Bluetooth, GPS, USB OTG and packs in a 3,070 mAh battery powered by the VOOC rapid Charge technology.